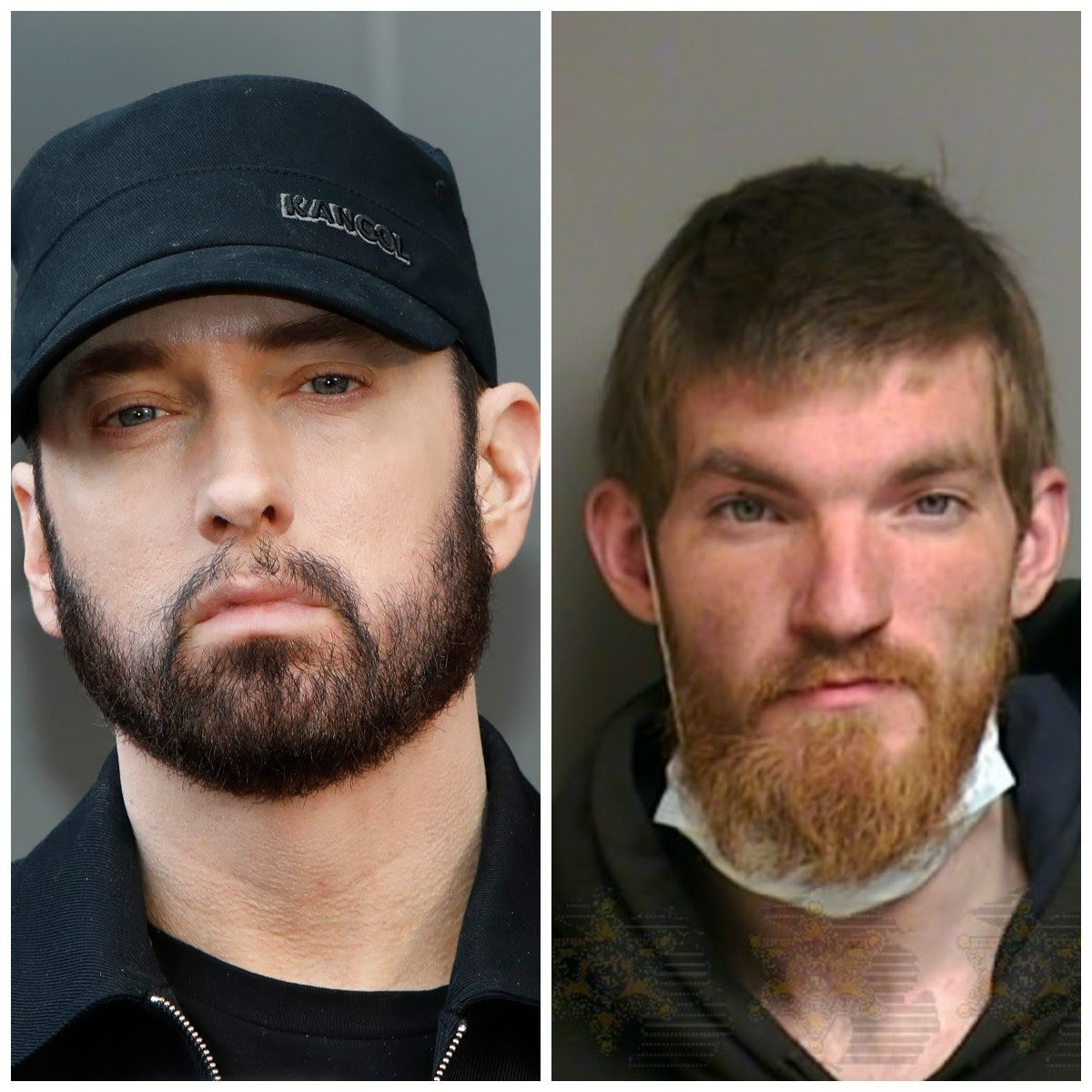 A man arrested in April for breaking into rapper, Eminem‘s mansion outside Detroit in the US, stood over the rapper’s bed and threatened to kill him, a court has heard.

Matthew David Hughes, 27, snuck past Eminem’s security around 4 a.m. and entered the home by throwing a stone through the kitchen window.

Eminem, who reportedly woke up when the alarm went off, found Hughes standing in his living room before being taken down by security.

Police were called to the scene and booked Hughes on April 6, and he remained in custody at Macomb County Jail with a $50,000 bond. He’s being held on two felony charges, first-degree home invasion and malicious destruction of a building.

Hughes appeared in Macomb County District Court on Wednesday, September 9, and the prosecuting Officer, Adam Hackstock, testified that Eminem, whose real name is Marshall Mathers, woke up to find someone standing over his bed.

Eminem confronted the intruder after the man slipped past the rapper’s security and broke a window to gain access to the house.

‘When Mr. Mathers asked him why he was there, he was told by Mr. Hughes that he was there to kill him,’ Hackstock said on the stand.

When the police  officers arrived on the scene, he found Hughes wrestling with a security guard outside the mansion, Hackstock said.

The court also heard that one of the rapper’s home windows had been smashed out with a brick, and multiple angles of security footage showed Hughes on the premises for ‘quite some time’ before he climbed through the busted window.

Hughes is reportedly homeless, and his attorney had sought a competency hearing for him, which he rejected.

He is being held on a $50,000 cash bond. On Wednesday September 9, the judge denied a request by Hughes’ attorney to reduce the bond.

Eminem is well-known for his 2000 track ‘Stan’ which tells the story of an over zealous fan who becomes a stalker, named Stanley ‘Stan’ Mitchell.

The term ‘stan culture’ comes from the hit song, which describes dedicated fans of famous stars, who refer to themselves as ‘stans.