Massive protests erupt in Russia while thousands take flights out of the country after Putin called up 300,000 reservists to fight in Ukraine (Photos/videos) Russian police have arrested hundreds of people protesting against President Vladimir Putin’s decision to call up 300,000 troops to fight in Ukraine.

Putin ordered a partial mobilisation on Wednesday September 21, meaning 300,000 military reservists but not conscripts will be drafted to bolster Russia’s forces who have suffered recent battlefield reverses in Ukraine.

The move came a day after occupied areas of Ukraine announced snap referendums on joining Russia.

But on Wednesday, September 21, Russian human rights group OVD-Info said a total of more than 1,000 People had gathered to protest in different cities of Russa including St Petersburg, Moscow, Irkutsk, Kaliningrad and Yekaterinburg. 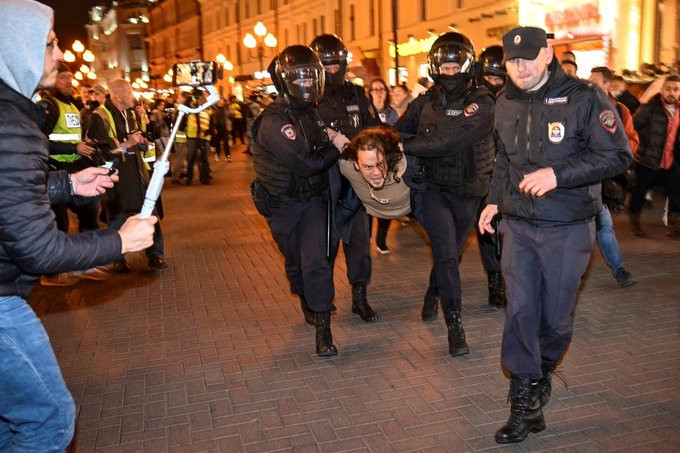 Also, flights out of Russia sold out fast after Vladimir Putin’s announcement. Flights to popular destinations such as Istanbul in Turkey and Yerevan in Armenia were snapped up, and prices for remaining seats skyrocketed.

The price for flights from Moscow to Istanbul or Dubai reached as high as 9,200 euros ($9,119) for a one-way economy class fare following Mr Putin’s announcement, according to reports by the Associated Press. 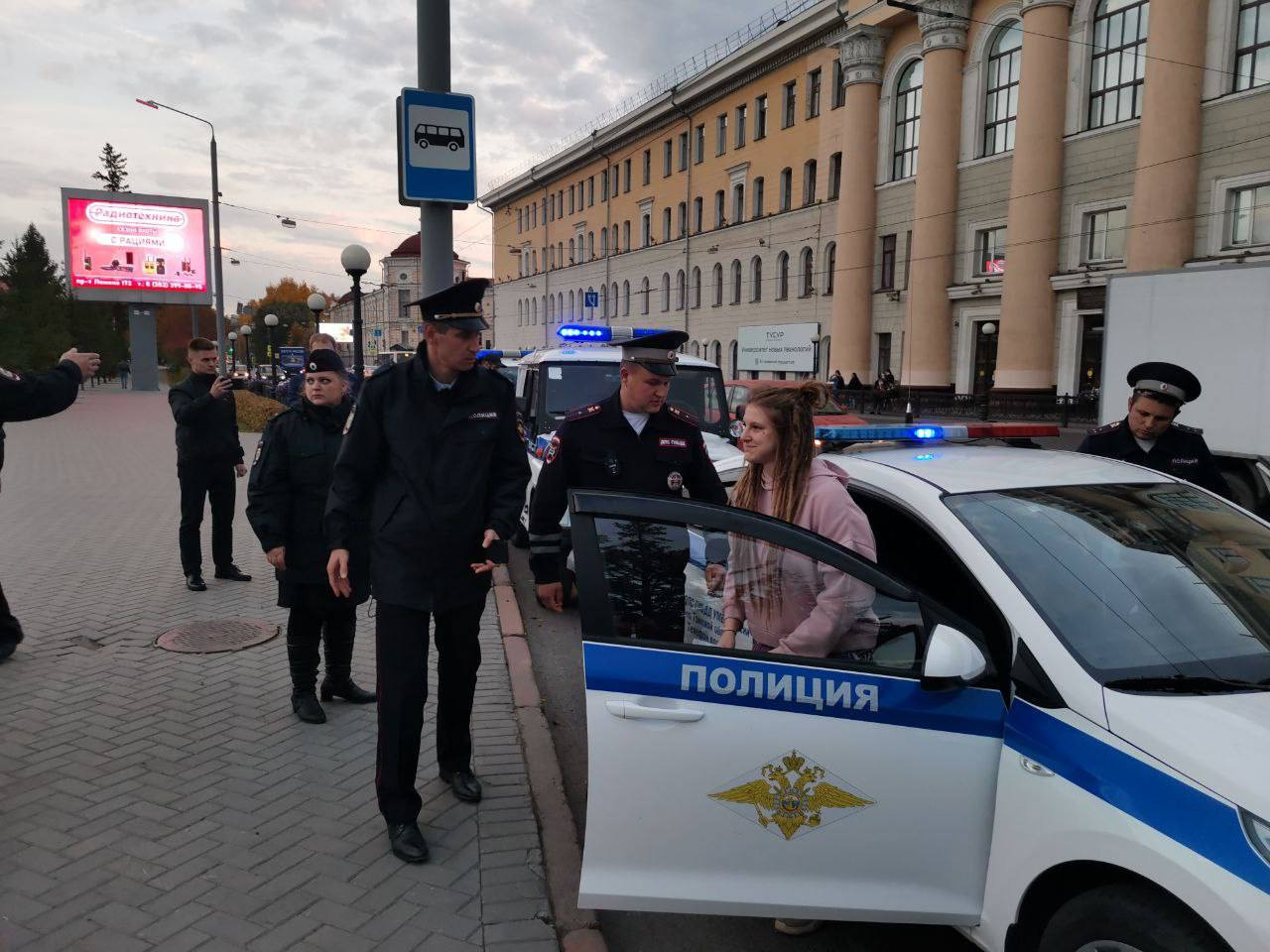 The Moscow prosecutor’s office on Wednesday warned that calls on the internet to join unauthorised street protests, or participation in them, could incur up to 15 years in jail.

They could be prosecuted under laws against discrediting the armed forces, spreading “fake news” about Russia’s military operation in Ukraine, or encouraging minors to protest.

Vesna called its action “no to mogilisation” – a wordplay, because “mogila” in Russian means grave.

The Kremlin’s mobilisation move follows heavy losses in Ukraine, where Kyiv’s forces have recaptured a huge area east of Kharkiv.

?RUSSIA :#VIDEO ANTI-WAR PROTESTERS HAVE GATHERED IN MOSCOW TO PROTEST