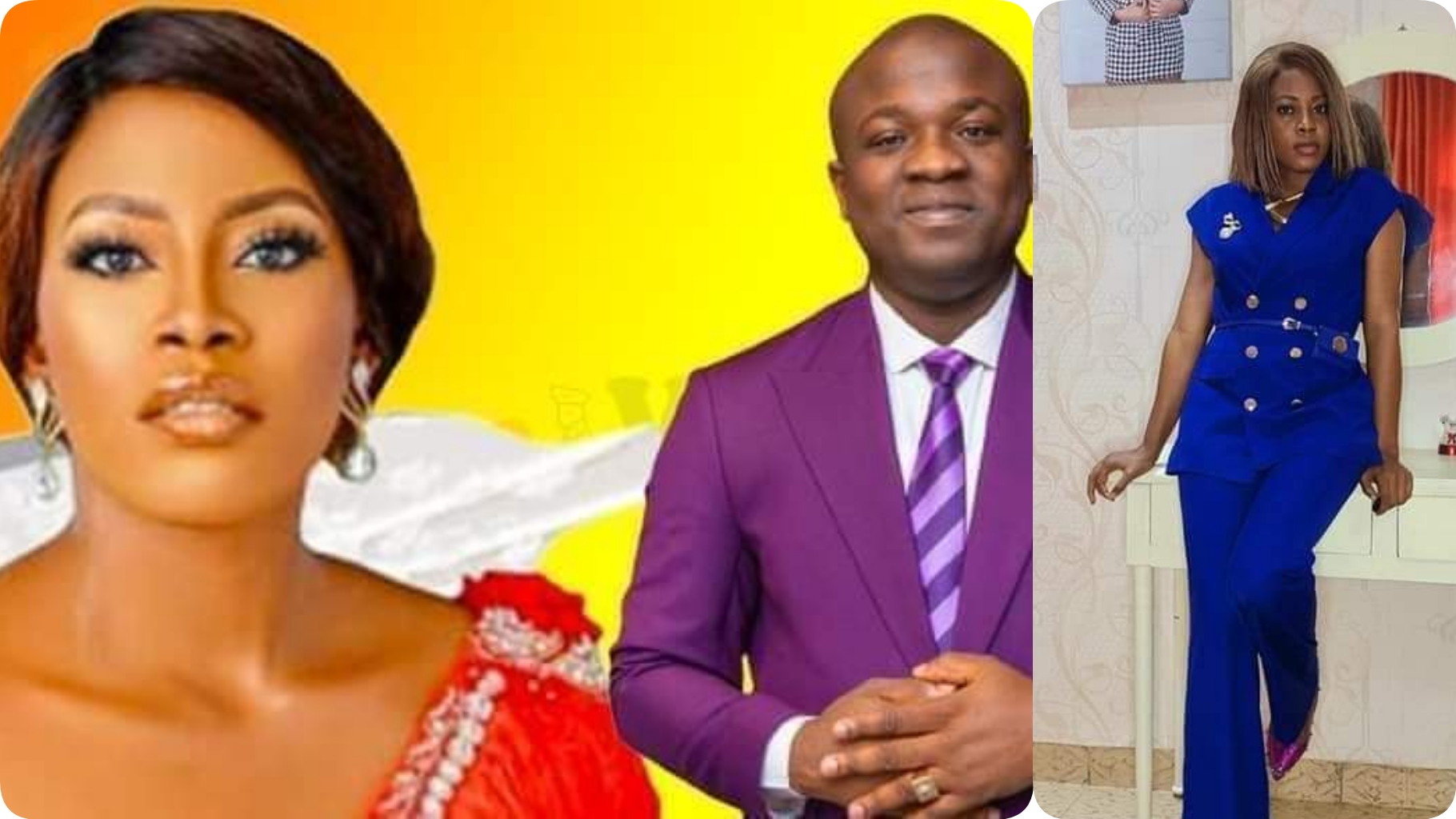 Media personality,  Amanda Chisom has been arrested over her alleged participation in a “N50bn” Ponzi scheme carried out by Marksman Chinedu Ijeoma a.k.a Chinmark.

Media personality, Chukwudi Iwuchukwu who shared a video of her arriving the office of FCID in Abuja after she was arrested, said she might be detained for a long time based on court order procured by the victims of the Chinmark’s heist that she was allegedly part of.

Giving an update on her arrest, Iwuchukwu wrote;

1) She was actually picked up on Tuesday morning from her residence by a team of crack detectives after her arrival from her Ponzi sponsored foreign vacation trip.

2) She is going to be detained for a long time based on court order procured by the victims of the Chinmark’s heist that she was part of.

As I type this, she has been singing like a canary bird about what she knows about the 50 billon Naira stolen by Chinmark and herself from innocent retail investors.

3) She would be charged to court after the conclusion of investigation by the team of crack of detectives currently interrogating/questioning her.

4) Her ordeal is a lesson to every young person including me.

There is no short cut to success.

The money from Ponzi is sweet but e dey hook for throat.

The hard way of building a brand/business from the bottom still remains the only sustainable way of being wealthy in Nigeria.

5)Attached below is a rare video of the ponzi queen walking majestically into the office of FCID in Abuja after she was arrested.

6) I will bring more updates as I receive them from my source.

Good evening every one!

Amanda Chisom has been arrested by the police as Chinmark accomplice. According to report, She would be under custody until Chinmark is produced.

As you may know, there have been speculations that the Chinmark investment platform has crashed. The rumour was confirmed by one of the company’s employees.

Since her post went viral, many people who lost their funds to Chinmark have been sending threats to Amanda Chisom who promoted the platform. They accused her of luring thousands of investors into the scheme.

One of the victims named Achara Ugo recounted how her dad lost his life upon hearing the sad news.

According to her, her late dad invested his gratuity in Chinmark which Amanda promoted and he died of High blood pressure upon hearing the sad news.

The lady then threatened Amanda, stating that she will make sure the Communication consultant lose one of her family members just like she did.

“MAKE IT GO ROUND PLS

AMANDA CHISOM MADE ME LOSE MY FATHER COS HE INVESTED HIS GRATUITY IN CHINMARK WHICH SHE PROMOTED…HE DIED YESTERDAY DUE TO HBP COS OF THE BREAKING NEWS THAT CHINMARK WON’T PAY…WHOEVER KNOWS AMANDA SHOULD TELL HER TO GET READY FOR ANOTHER BURIAL IN HER FAMILY COMPOUND AGAIN THIS YEAR COS AM TAKING ONE OF HER FAMILY DOWN.”

Reacting to the news development, Amanda Chisom apologize to everyone who invested in the company due to her promotion.

While stating that she is not a co-founder of Chinmark, the businesswoman revealed that she is also an investor.

“I THOUGHT I KNEW CHINMARK (CHINEDU) WELL, I’M DISAPPOINTED AT THE RECENT TURN OF EVENTS, I APOLOGIZE TO EVERYONE WHO INVESTED IN THE COMPANY DUE TO MY PROMOTION…IN JANUARY, I WAS INSTRUCTED BY THE COMPANY TO REFRAIN FROM SAYING ANYTHING ABOUT THE COMPANY ON MY PAGE….I AM NOT A CO-FOUNDER OF #CHINMARK…..I’VE BEEN RECEIVING THR3ATS AND I’VE INFORMED RELEVANT AUTHORITIES…..I’M ALSO AN INVESTOR, LET US REMAIN OPTIMISTIC THAT WE SHALL BE VICTORIOUS AT THE END.”