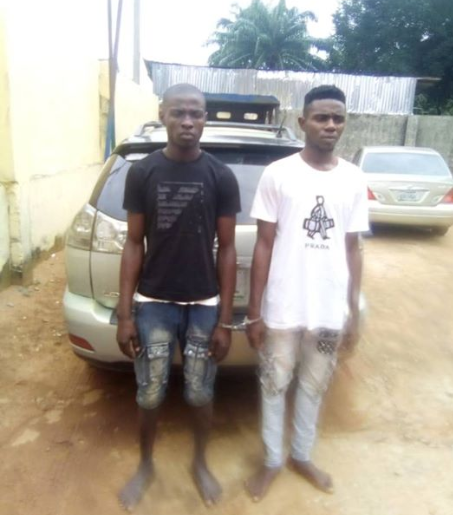 A 23-year-old man Emmanuel Nwafor and a 21-year-old man Chukwuebuka Obi have been arrested over the murder of a 45-year-old man, Mr Enoch Nwosu whose corpse was abandoned in a forest in Amichi, Anambra State.

The two suspects linked to the murder of the middle-aged man which occurred on Sunday July 5, were also accused of stealing his Lexus SUV.

Meanwhile, Scene of crime was visited by Police detectives while the body was recovered at Amichi forest and deposited at the mortuary after it was certified dead by a medical doctor.

Consequently,the robbed Lexus Jeep and other valuables were also recovered from the suspects in Asaba and registered as exhibit.Case under investigation after which the Suspects and their fleeing accomplices would be brought to book

If Osinbajo wants to go to court, he needs to resign first and sue me – Jackson Ude reacts to Vice President’s lawsuit threat.

COVID-19 pandemic is ‘accelerating’ and ‘getting worse’ – World Health Organization boss warns as number of cases in the world hit nearly 12 million.