Mike Pence very angry with Trump’s criticism of him, changes Twitter bio to picture of Biden and Harris 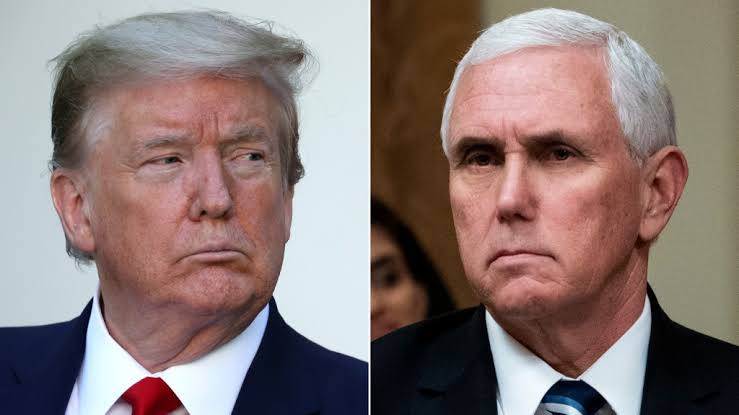 US Vice President, Mike Pence has changed his Twitter bio to a picture of Joe Biden and Kamala Harris, after the events that unfolded in the US on Wednesday, January 6. 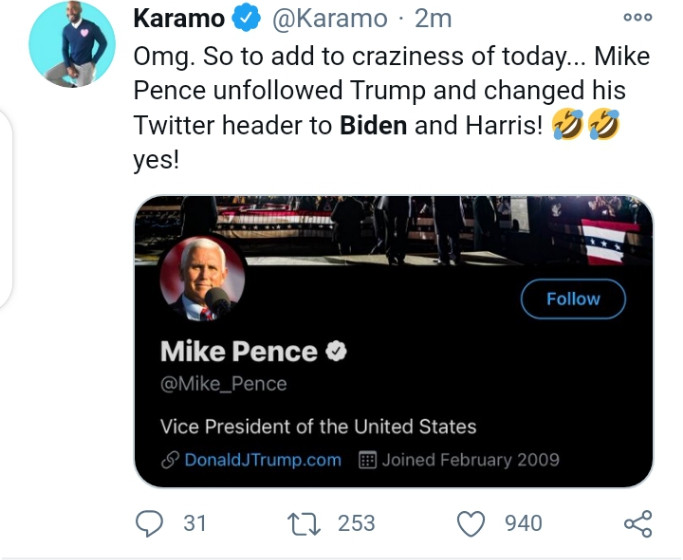 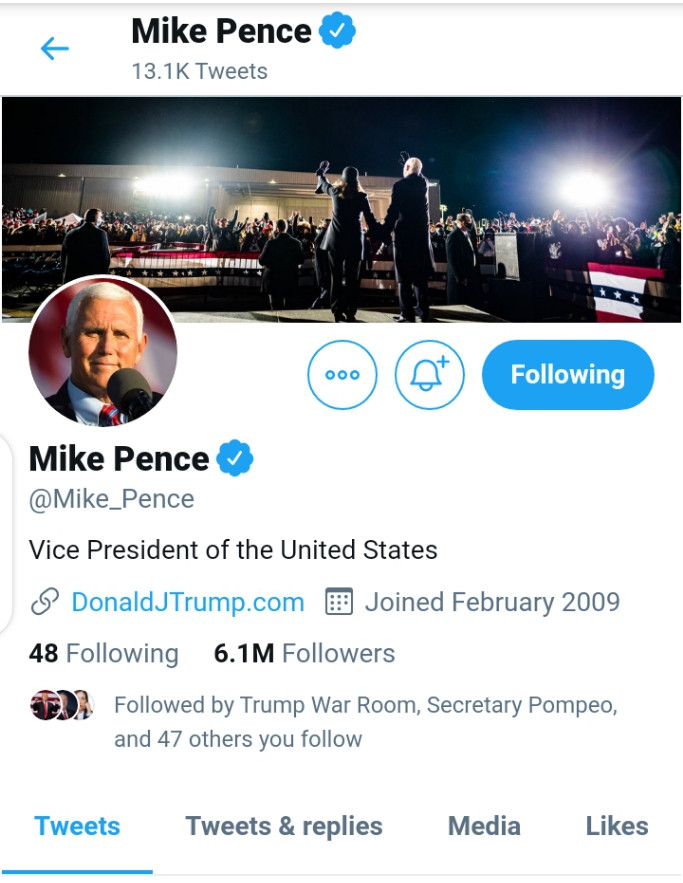 In a stunning rebuke of his boss, Pence changed the bio after Trump criticized him for not ‘helping him out’ in the electoral college vote certification process, using his ceremonial role as President of the Senate.

Sen. Jim Inhofe, a Republican from Oklahoma, said he talked to Vice President Mike Pence about President Trump’s criticisms of him, and Pence “was very upset with him.”

Pence on Wednesday publicly broke with Trump, saying he cannot submit to demands he overthrow the results of the election.

Pence formalized his views in a letter to lawmakers, declaring he has no “unilateral authority to decide presidential contests” and could not change the results of the election.

“It is my considered judgement that my oath to support and defend the Constitution constrains me from claiming unilateral authority to determine which electoral votes should be counted and which should not,” he wrote. 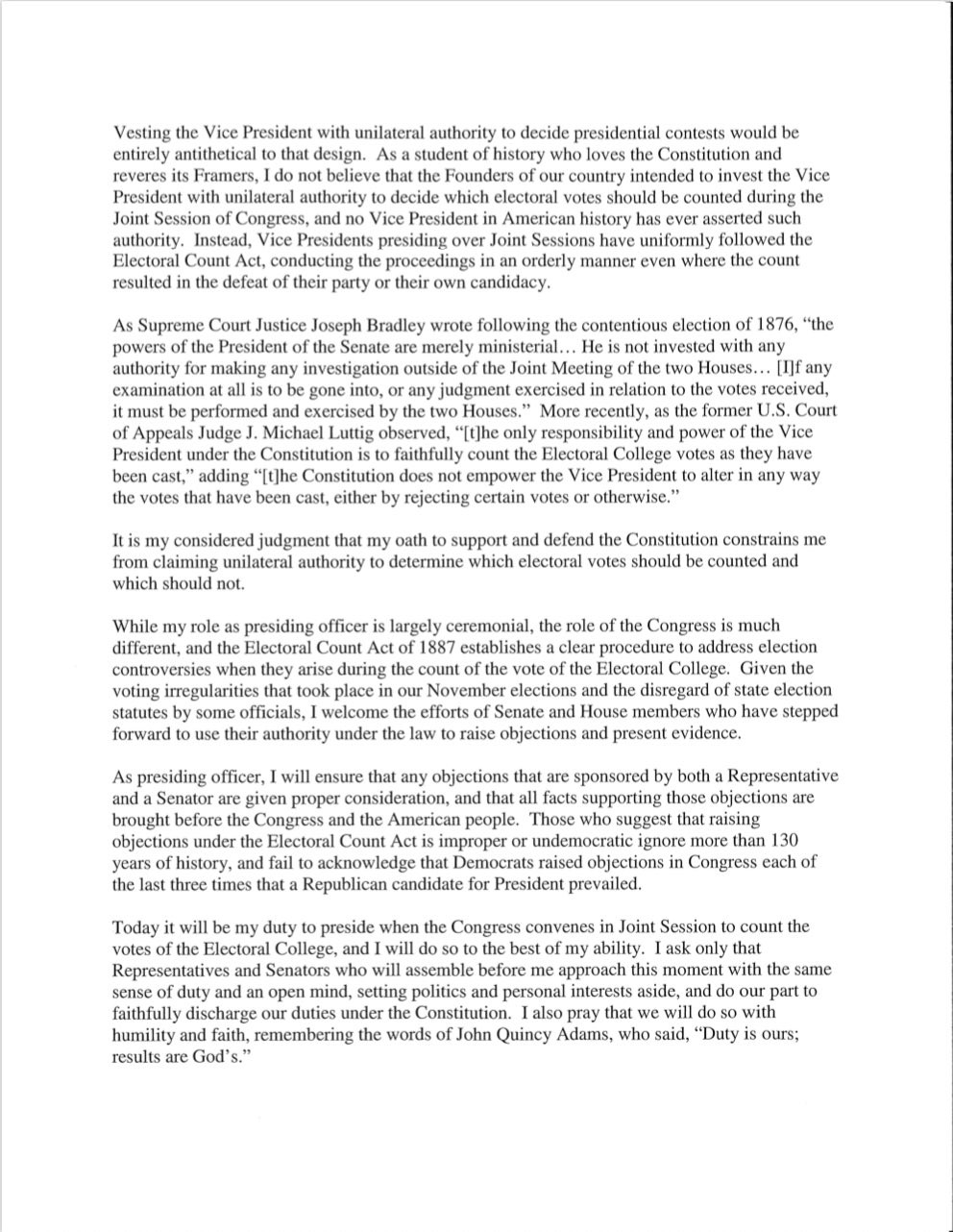 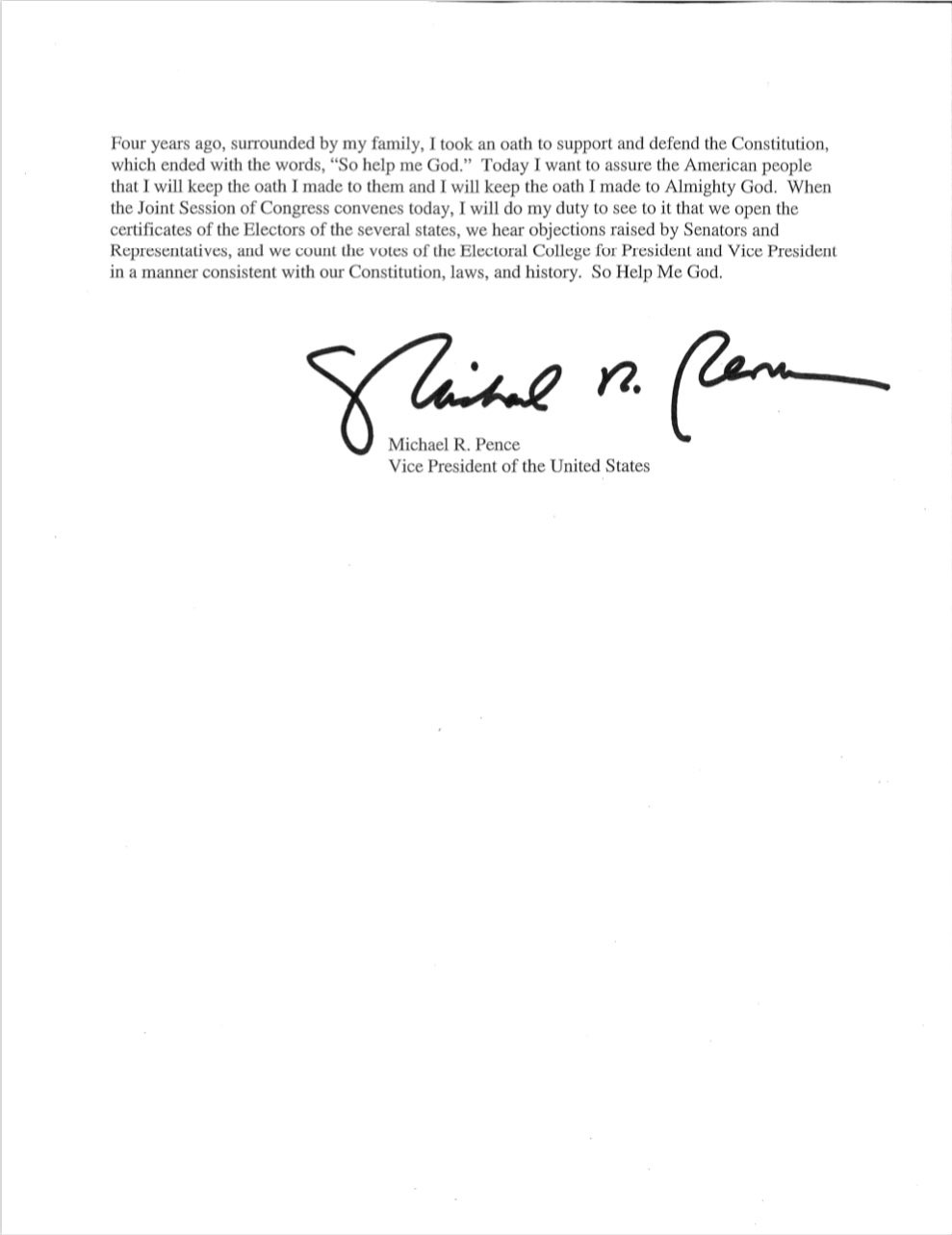