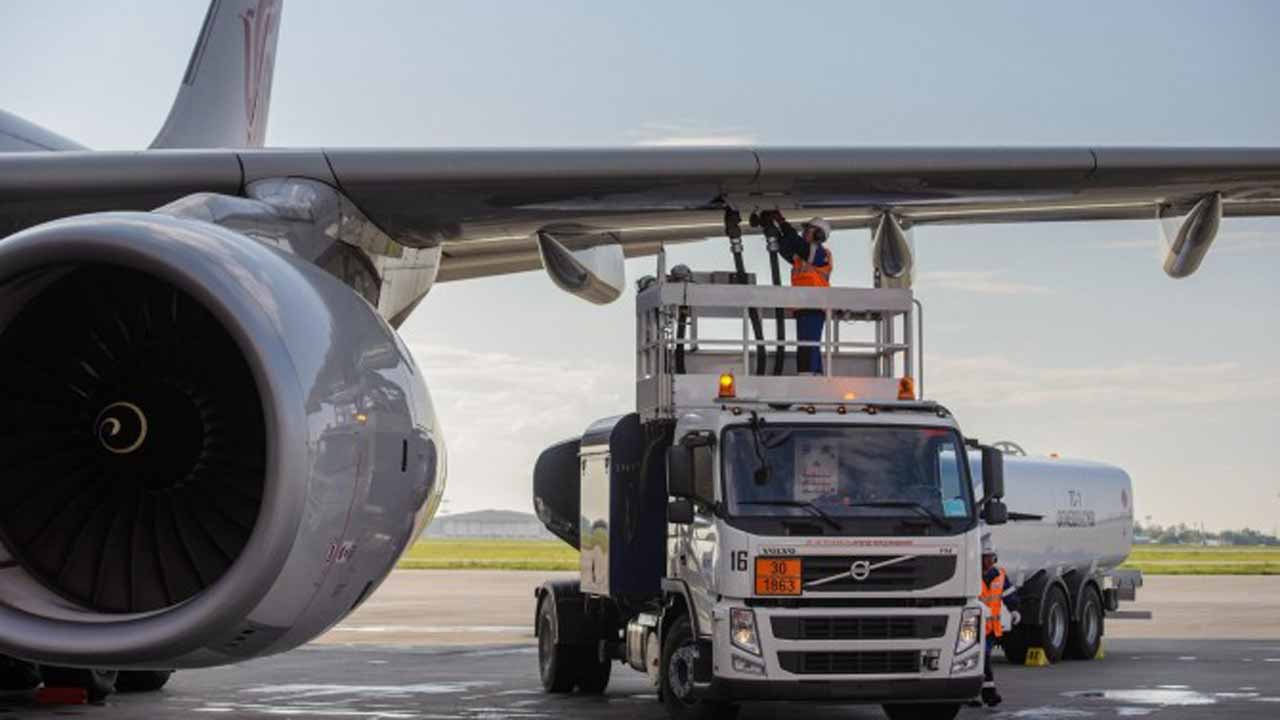 With aviation fuel at its all-time high and foreign exchange unavailable to meet obligations on schedule, local air travellers should brace up for tougher days ahead.

Apparently in agreement with the airlines, aviation stakeholders have urged the operators to review the ticket subsidy practices and pass the actual costs to consumers, instead of “cutting corners” on high operating costs – a no-no in standard operating practices.

Already, the warning signs are all over the sector. This week, the oldest operating carriers in the country, Aero Contractors, suspended operations over its depleted fleet capacity to operate reliable scheduled operation. The airline has about eight out of its nine airplanes on the waiting list for routine maintenance, but lacks foreign exchange to purchase spares and meet obligations.

With 10 local airlines suddenly down to eight, the effects are telling on local travels. On one hand are the stranded travellers on less viable routes. On the other are high frequency routes that are now affected by high fares.

As of yesterday, The Guardian learnt that most seats on the busy Lagos, Abuja, Port Harcourt, Kano and Kaduna routes are fully booked for the weekend and early next week. Where available, the prices range between N75,000 to N110,000 for one-way economy seats. Round-trip tickets range between N130,000 to N180,000, depending on route, airline and time of purchase.

A frequent traveller, Akeem Oloyede, lamented the galloping rise in airfares. Oloyede said: “It gets frustrating to receive the same fares we used to pay for international trips as the new fare for local and less than an hour travel. It is unaffordable.

“The most annoying part is that there is no guarantee that the airline will operate on schedule, if they operate at all. I just had a flight to Owerri cancelled after the travellers had waited for hours. The airline officials have no apology whatsoever. It is a shame!”

The Chief Operating Officer of one of the airlines noted that the airlines were faced with multiple challenges of fuel and capacity constraints.

He narrated that out-of-operation Dana Air has a fleet of nine aircraft and daily flights network on Lagos, Abuja, Port Harcourt, Enugu, Owerri and other routes.

“Following its exit, those are routes that are now further devoid of flight options. There will be scarcity and disruptions. Those routes that have alternate airlines will push up prices seeing a spike in demand. Think of those people who depend on flight to get in and out of those places to avoid being killed or kidnapped on the road or rail.

“Aero Contractors has good connectivity between the North and South regions. Those routes will suffer and miss their operations. So, is the industry growing bigger or smaller? The revenues that they also generate for the airport authority, regulators and ancillary services are also on hold. That those two airlines are out is not a gain for others in operation, because they too are struggling to serve what they have. No airline has access to forex at official rate, but the black market rate of over N623/$! Which airline can afford that and still pay creditors on time? So, when I say that we are in a mess, that is what I mean and it is only going to get worse for the entire industry,” he said.

The umbrella body for the carriers, the Airline Operators of Nigeria (AON), had raised the alarm over the skyrocketing cost of aviation fuel and the fate that await scheduled reliability and some distressed member airlines.

In a memo to the NCAA requesting an upward review of fuel surcharge, Chairman of the AON, Abdulmunaf Sarina, lamented that in addition to the crippling effect of intermittent shortages of Jet A1, the price has risen from N420 per litre in February 2022 to over N833 per litre this week.

“This has greatly increased the operational cost of airlines by well over 130 per cent. Yet, airlines are unable to increase fares and as well suffer from unavailability of foreign exchange to conduct their operations.

“In order to forestall a backlash and total shutdown of the system, airlines are hoping to resort to an introduction of a fuel surcharge of between 25 – 40 per cent of Neutral Unit of Construction (NUC) as a way of offsetting the additional burden brought about by increased fuel cost bearing in mind that jet fuel accounts for about 40 per cent of total operational expenses,” he said. .        However, President of the Aviation Safety Round Table Initiative (ASRTI), a think-tank group of the local sector, Dr. Gbenga Olowo, said the sector remains deregulated; hence operators should sell airfares at the prevailing market realities.

Olowo added that to do otherwise was to encourage “cutting corners to save cost”, which would be very dangerous for all .

He said: “Given these uncontrollable factors of production in the airline industry and operators selling what they buy, demand will definitely drop, but much better than cutting corners and planning an accident.

By comparison, Olowo noted that PHCN has introduced Premium Tariff on power and those who can afford it are settling for it. He added that the aviation sector should not be different.

He warned: “This is not the time for frivolous and reckless competition or uneconomic patriotism. Operators should intensify cooperation, collaboration, consolidation, prune schedules to minimise perishable seats and maximise load factor.

“The spirit of Spring Alliance must be strengthened. The sector must not negotiate an accident. The NCAA is encouraged to be more vigilant to watch those cutting corners,” Olowo added.

Aviation security consultant, Group Capt. John Ojikutu (rtd), reckoned that the critical state of affairs requires the apex regulator, NCAA, to be most active in checking the books and safe operations of the airlines.

Ojikutu noted that the operators’ complaints were perennial and should have been resolved by concerted efforts of both the government and airline operators that built their business plans around the realities.

He said: “The spike in fuel prices did not start today nor did it start earlier than five years ago but about 12 or 15 years ago, and Aero being the oldest airline after Nigeria Airways should know better than the rest. Prices have been irregularly increased almost monthly in spite of what the government called subsidies to the fuel marketers.”

He added that in the interim, the NCAA should audit the airlines’ books yearly and that of other aviation agencies every four years, to avert a disaster.

“That is what the NCAA regulations say. But we blame the NCAA for most of the things that are happening. In the days of Dr. Harold Demuren (former Director General of the NCAA), they were proactive and took actions when it was necessary. We are now seeing lethargy from the NCAA.

“But it is better than not doing it at all. The audit of Dana should have been done long before now, especially when it became very glaring that the airline is massively owing aviation service providers, fuel marketers, workers and others. This could lead to cost-cutting and eventual accidents. There are two audits that should be held and they are safety and financial audits. All other airlines should be audited to know how strong they are,” Ojikutu said. 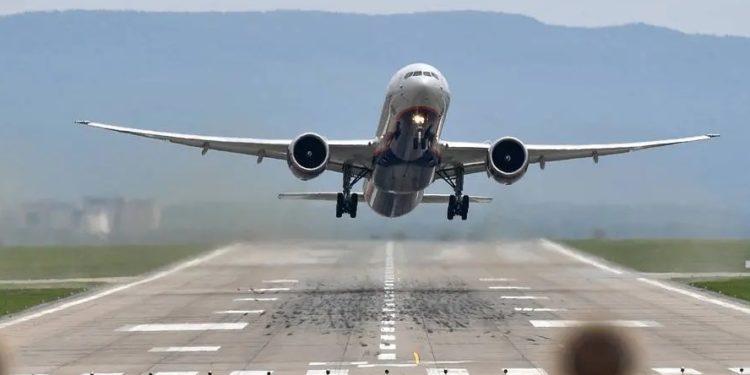 The Airline Operators of Nigeria (AON), has threatened to prosecute aggrieved airline passengers that destroy properties or assault airline staff.

The group, which is the umbrella body of all airline companies operating in Nigeria, speaking against the backdrop of recent attack on the properties and staff of Dana Air by passengers, said such passengers will henceforth be arrested and prosecuted.

According to the statement signed by the spokesman of the AON, Prof. Obiora Okonkwo, and titled ‘AON Condemns Attack on Dana Air Property’ a copy made available to LEADERSHIP, the group said such passengers risk blacklisting and also banned from being carried by other members of the group, saying such legal action may come by way of criminal action or civil suit.

AON, further stated that air transport users who have issues with any operator have legally sanctioned avenues to seek redress.

WHO ‘to’ declare spread of monkeypox a global health emergency