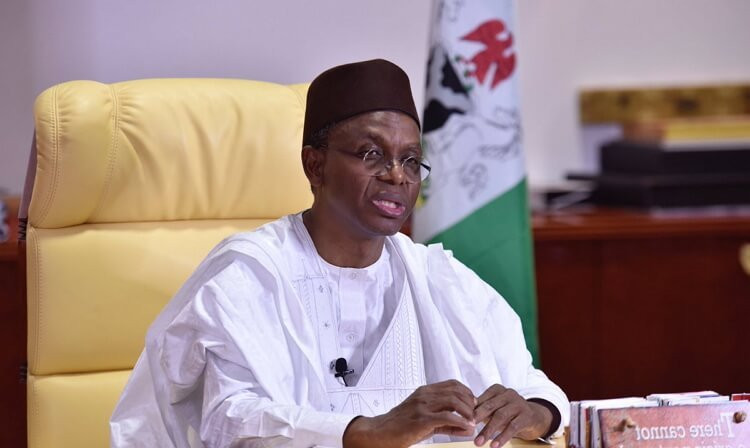 The Nigerian Bar Association has withdrawn its invitation to Kaduna State Governor, Nasir El-Rufai as one of the speakers in its forthcoming conference.

The announcement was made via the association’s Twitter handle, days after some lawyers protested against the inclusion of the Kaduna state Governor in NBA’s speakers’ list.

Recall that a lawyer, Usani Odum spearheaded the online petition to stop the governor from attending the Annual General Conference and it has garnered over 3,000 signatures.

In a seperate letter titled ‘Request to Withdraw the Offer of Platform at the 2020 Annual General Conference of the NBA to Mallam Nasir el-Rufai’ and signed by Silas Onu and Auta Nyada, 10 allegations against el-Rufai and his son Bello were listed. The allegations bordered on his alleged poor human rights record and inability to stop the killings in the state he governs, particularly in southern Kaduna.

The tweet which confirmed withdrawal of the invitation to Governor El-Rufai read;

“The National Executive Committee of the Nigerian Bar Association at its ongoing meeting resolves that the invitation to the Kaduna State Governor, H.E. Nasir El-Rufai by the 2020 Annual General Conference Planning committee be withdrawn and decision communicated to the Governor.” 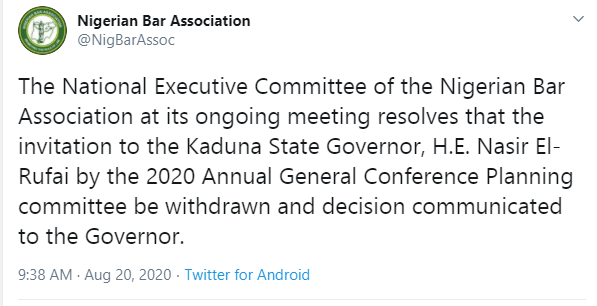