NDDC acting MD passes out while testifying before House of Representatives Probe panel — Real or Fake?

NDDC claims to have spent N81.5 billion in 7 months

The N81.5 billion was actually spent by the 2 Interim Management Committees of the NDDC. 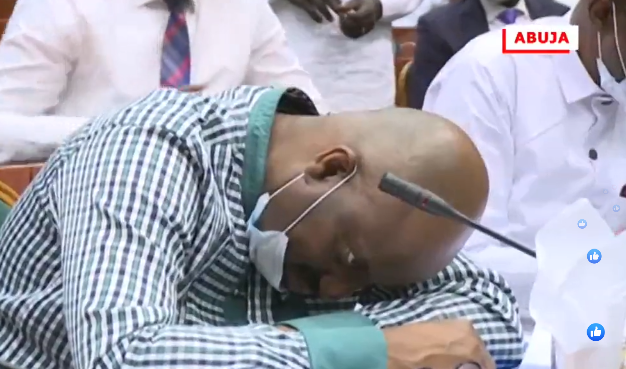 Kemebradikumo Pondei, acting managing director of the Niger Delta Development Commission (NDDC), passed out while giving an account of his stewardship at the investigative panel of the House of Representatives Committee probing the commission today July 20.

He was being asked about the money meant for students on scholarship when he passed out. He has been taken out for medical attention.

The hearing has gone into recess for 30 minutes.

This is becoming a norm as we all know what we are talking about.