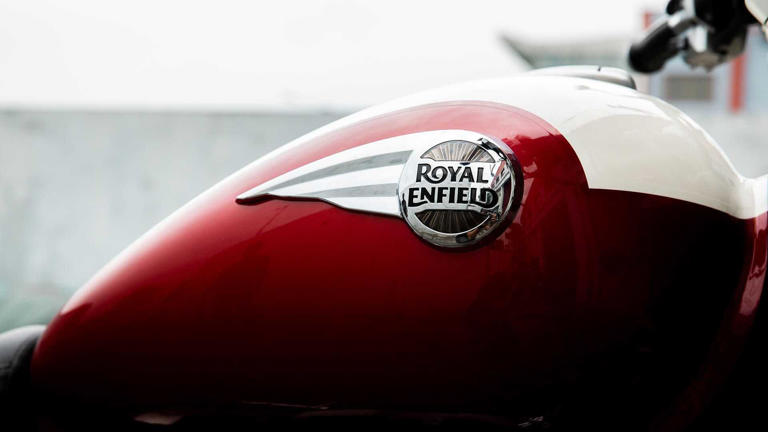 A pre-production glimpse into the future.

When you think of the name “Royal Enfield,” the first thing that comes to mind probably isn’t electric bikes. Yet, since it’s nearly 2023, of course Enfield has a plan for electrification that it’s currently in the midst of undertaking. Now that it’s November, 2022, it seems that the OEM has recently reached the Quality Function Development concept phase.

As recently as late October, we learned that the company is currently aiming for a 2025 release date. If that hasn’t changed, then the timing of the QFD model and product brief that our colleagues at Autocar Professional recently got to see makes total sense. For those unfamiliar, a QFD concept helps product developers integrate customer wants into a given product design. While it’s a part of the design process, it’s not necessarily what the finished production version will look like.

Dubbed ‘Royal Enfield Elektrik01,’ the front right closeup that we’re able to see in the single QFD model shot that’s leaked so far is a fascinating design. There’s a glossy black ‘tank’ piece, which catches your eye via a reflection that highlights the matte silver frame that surrounds it. Is it a frunk? Is it an airbox? I mean, since it’s so early in its development, chances are excellent that we’re a long way off from knowing.

What is incredibly clear here is the girder front fork design, picked out in matte black. It leads up to the single round headlight, which is also matte black on this concept bike. Additionally, the photo shows a black alloy front wheel wrapped in Avon rubber, and not much else. Since girder forks are mainly seen on either extremely vintage machines or custom builds in the current era, that design choice is certainly one way to set the Elektrik01 apart from the pack if it makes it to the production version.

Since Autocar also got a sneaky peek at the product brief, the team there has some additional insights into what they read. For those already familiar with Royal Enfield’s design choices in the 2020s, though, the idea of “neo vintage/classic” styling may be the least surprising combination of words that you would probably expect to see. They know what their fans like, they know who they are, and they’re not afraid to integrate those styling cues and choices into future designs—no matter how they’re powered.

Check Out XCELL, A Hydrogen Bike Concept With A Holographic Display