It will probably go on sale for the 2024 model year.

The current generation Ford Mustang enjoys very strong demand but is getting a bit long in the tooth. The Dearborn-based automaker knows that and is working on its successor, which is expected to lauch with an evolutionary design, new tech, and more powerful engines. However, this won’t happen until April next year, according to a new report.

Car and Driver has a big article dedicated to the 2024 Mustang and the publication says the pony car will debut next year. There’s a very interesting speculation in the report claiming the debut might happen on April 17, which is the day the original Mustang was unveiled at the 1964 New York World’s Fair. There are indications that the new model will go on sale for the 2024 model year and production will begin in March 2023.

According to another recent report, the S650 Mustang could launch with carryover engines from the current S550 model. If this information is correct, it would mean the new ‘Stang will arrive with a selection of a standard 2.3-liter turbocharged four-cylinder engine and an optional naturally aspirated V8. We reached out to Ford for a comment on this report, though a spokesperson declined to provide more information.

Everything We Know So Far:

Later during the new Mustang’s lifecycle, a new electrified V8 is expected to join the lineup with more power than the standard 5.0-liter V8. According to different sources, an electric motor would be responsible for the front axle, while the combustion engine will spin the rear wheels, giving the Mustang an all-wheel-drive capability. An automatic transmission is expected to be the only available gearbox for this configuration.

Ford will partner with Multimatic to produce a Mustang GT3 race car, which is set to make its race debut at the 2024 Rolex 24 Daytona. Following the initial launch of the road-going model, performance variants of the new Mustang are expected to be launched before 2026. 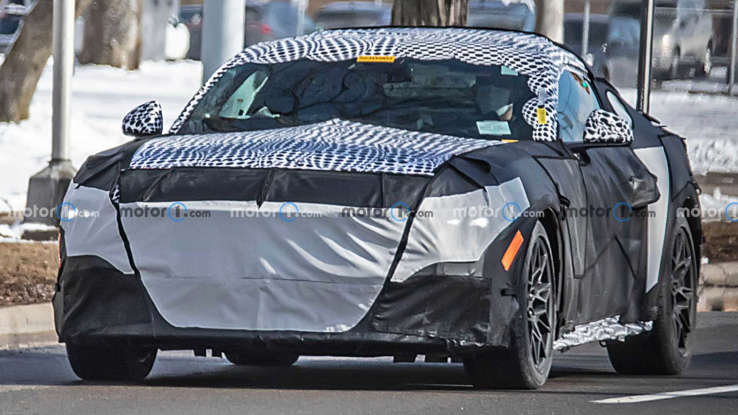 Audi A4 Allroad Quattro Gets Visual Upgrades In Europe