A tanker explosion has occurred on both lanes around Toyota bus-stop inwards Mile 2, along Oshodi-Apapa expressway.

The tanker was fully loaded with fuel at the time it exploded.

Fire service arrived at the scene to put out the fire. 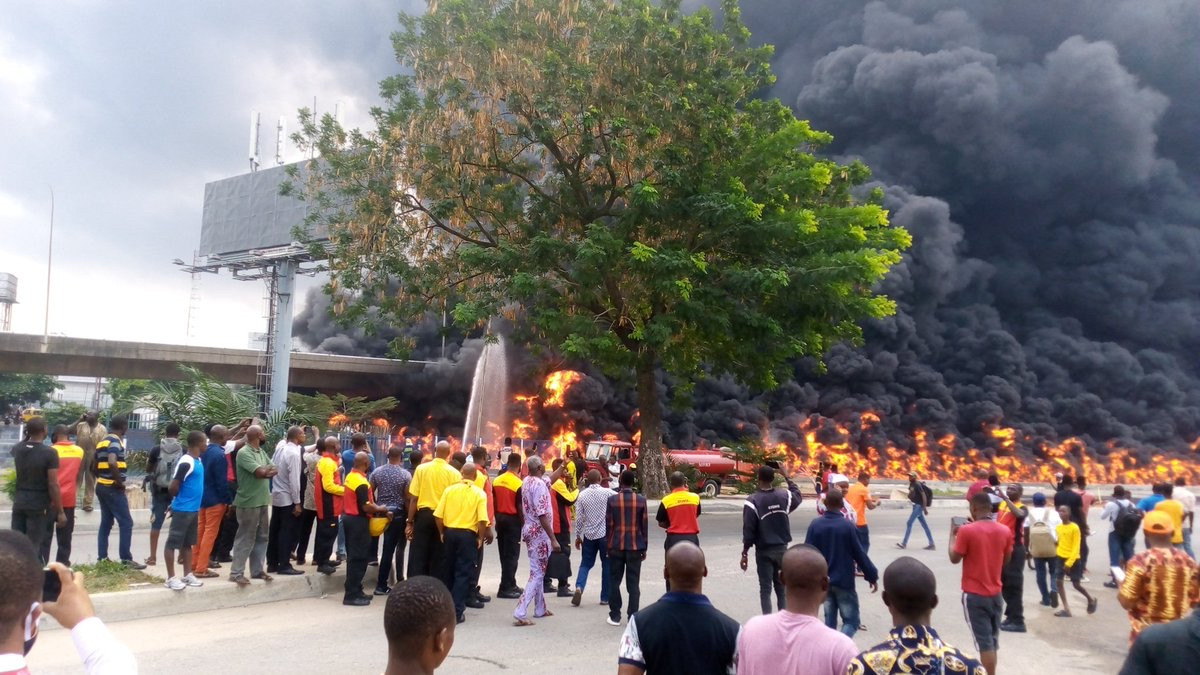