Ole Gunnar Solskjaer, Man united Praises Odion ighalo, says he knows he knows how much he is appreciated. 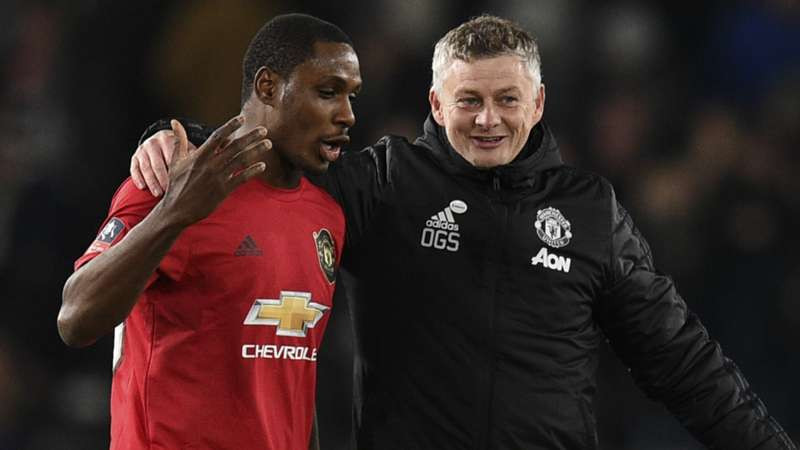 Solksjaer made his comments in reaction to Ighalo’s predatory instincts after the on-loan striker netted against Norwich City in the FA Cup on Saturday.

Ighalo continued his goalscoring form in cup competitions with the opener as Manchester United beat Norwich 2-1 in Saturday’s quarter-final.

Ighalo’s goal was his first shot of the game, prompting praise from his manager.

“It is great to have the option to rotate,” Solskjaer told BBC Sport on Sunday. “Anthony Martial came on and did brilliant, but Odion gives me a chance to rotate.

“He’s a proven goalscorer and played his part in both goals,” the Norwegian coach continued.

“He is a great person to have around the dressing room too.

“Odion knows how much we value him in and around the dressing room; he’s a goalscorer, a poacher, he’s strong, we can play the ball into him, he showed for the second and Paul [Pogba] found him.”

“It was very important (to keep him at the club), that was important for me and we worked hard to do it,” Solskjaer concluded.

Why I Visited Hushpuppi in Dubai – Daddy Freeze