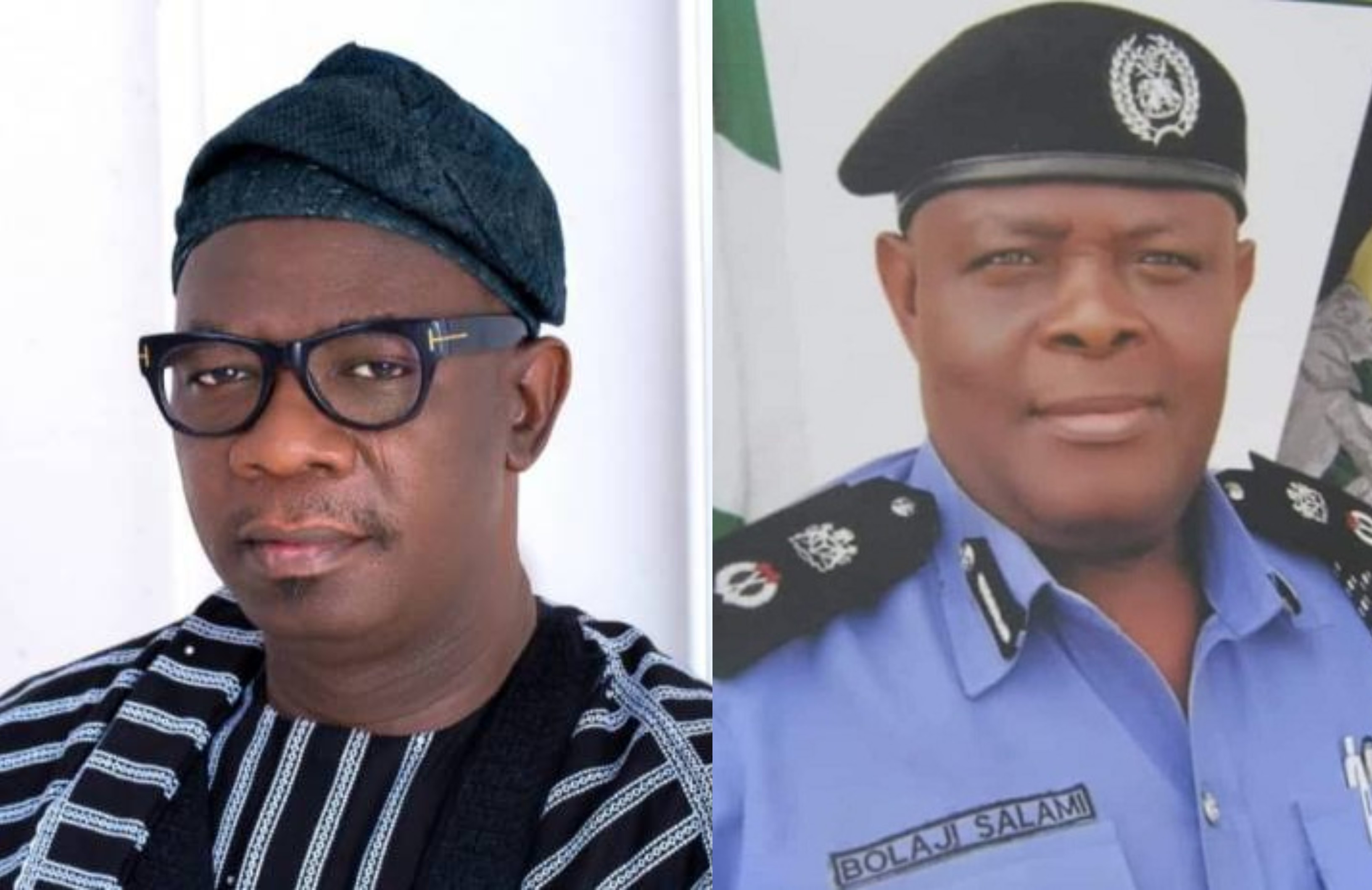 The embattled Deputy Governor of Ondo State, Agboola Ajayi has accused the state’s Commissioner of Police, Bolaji Salami of withdrawing his police escort and endangering his life, that of his family and his aides.

In a statement released few days after a video of him and the police commissioner having a heated argument went viral, Ajayi appealed to President Muhammadu Buhari and the Inspector General of Police, Adamu Muhammed to intervene as he still enjoys immunity by virtue of his office. Ajayi’s Chief Press Secretary, Babatope Okeowo said in the statement;

“The Ondo State Deputy Governor, His Excellency, Agboola Ajayi wishes to raise alarm over the withdrawal of his police escort on the order of the Commissioner of Police, Mr Bolaji Salami, putting his life, family and staff in danger.

“This is the same Commissioner of Police that took the Deputy Governor hostage on Saturday 21st of June, 2020 for more than four hours at the Government House gate even though he enjoys immunity under the constitution of the Federal Republic of Nigeria.

“We are not oblivious of their surreptitious move to undermine the security of the Deputy Governor and strip him of his security apparatus to make him vulnerable to carry out their evil agenda.

“The President of the Federal Republic of Nigeria, Muhammadu Buhari GCFR, the Inspector General of Police, and the Director-General of State Security Service, Yusuf Magaji Bichi should be aware of this latest ugly development in Ondo State.

“Should anything happen to the Deputy Governor, his family and staff, the Commissioner of Police in Ondo State should be held responsible.”