Ondo Lawmakers react to Deputy Governor, Agboola Ajayi’s allegation of being bribed with N10m to impeach him 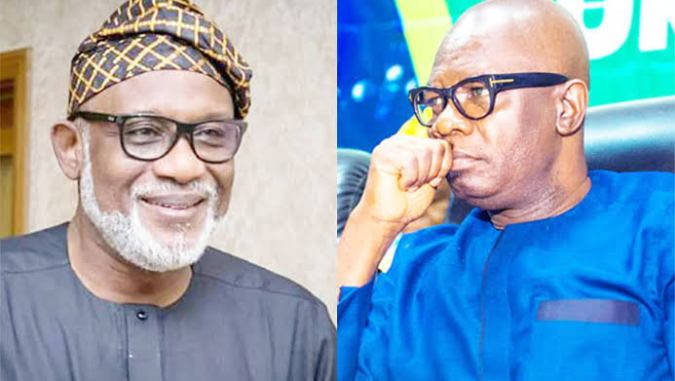 Lawmakers in Ondo State House of Assembly have reacted to Deputy Governor, Agboola Ajayi’s allegation of being bribed with N10m each to impeach him following his resignation from the All Progressives Congress (APC).

Ajayi who insisted that he will remain the Deputy Governor of the State, had accused Governor Oluwarotimi Akeredolu of bribing the lawmakers.

In a statement released on Wednesday June 24, Chairman of the House Committee on Information, Akogun Olugbenga Omole described Ajayi as a ”drowning man who is trying to drag the integrity of the House in the mud.”

The statement read in parts;

“As legislators and elected representatives of the people, we are aware of efforts by Governor Akeredolu to reposition the state and make it enviable among its equals across the country, even in the face of obvious dwindling resources.

“How then can someone imagine the members to compromise their mark of honour, all in the pursuit of selfish gains in this period of global recess, which places challenges on the economy of states around the world?