Only God chooses those who rule over men. 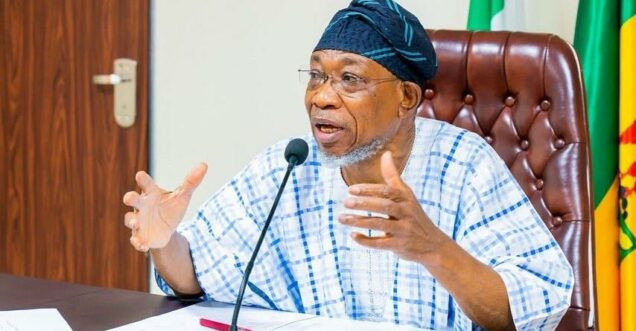 Minister of interior and former governor of Osun, Rauf Aregbesola has reacted to Peoples Democratic Party’s candidate, Ademola Adeleke defeating the incumbent Governor of the state and All Progressives Congress candidate, Gboyega Oyetola.

Aregbesola who was absent at APC mega rally in Osun on Tuesday July 12 and also didn’t participate in the governorship election on Saturday July 16,  quoted Daniel chapter four verse 17, while reacting to Adeleke’s victory.

“The most High ruleth in the kingdom of men, and giveth it to whomsoever he will.

“‘This matter is by the decree of the watchers, and the demand by the word of the holy ones: to the intent that the living may know that the most High ruleth in the kingdom of men, and giveth it to whomsoever he will, and setteth up over it the basest of men.’- (Daniel 4:17).”

Tinubu made same promises he’s campaigning with now when he campaigned for Buhari in 2015. He has nothing new to offer – Former Minister. Nduese Essien