Organ harvesting: The boy has confessed to the police that he lied against Ekweremadu and his wife – Olisa Metuh 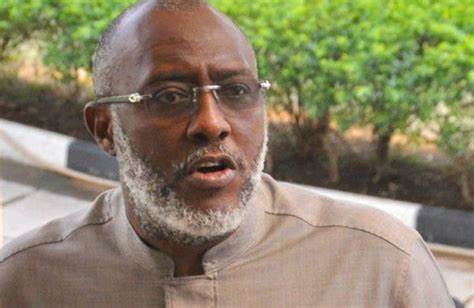 Olisa Metuh, a former spokesman of the Peoples Democratic Party (PDP) has said that David Ukpo, the boy at the centre of the alleged organ harvesting case against former Deputy Senate President, Ike Ekweremadu and his wife, Beatrice, has reportedly confessed that he lied.

Metuh who spoke to Arise TV, said Ukpo recanted and told the police that he’s not under 21.

“The most important thing that we witnessed today is that the so-called minor recanted, and of his own free will, went to the police again and confessed that he’s not under 21; that means he’s not a minor.

“And because of that, the judge struck out section 45, so everything about the case can be open, since a minor is no more involved.”

Metuh also disclosed that the UK court’s admittance of the boy being above 21 means “there was no exploitation that was involved” in the case.

“We knew that the guy is more than 21 years and he’s going to be 22. We’ve always known that, but for him to have said that, it’s a good thing. So, we are happy about it.

“More importantly is the fact that the defence counsel had gotten up and said there was no exploitation that was involved. There was nothing at all. It is important that he stated that in court and Ike and his wife pleaded not guilty to all the charges.”

Doyin Okupe submits letter of withdrawal as Peter Obi’s running mate to INEC, says a replacement will be announced shortly