Good Morning Britain presenter Alex Beresford called out Piers Morgan for his comments about Meghan Markle and Prince Harry following their interview with Oprah and Piers responded by walking off the set.

The hosts were filming on Tuesday morning, March 9, when Alex called Piers out for his comment about the Duke and Duchess of Sussex saying: “This is absolutely diabolical behaviour.”

Speaking about the couple’s chat with Oprah and their decision to leave the UK, Alex said: “They’ve had an overwhelming amount of negative press.

“You know, I watched the programme yesterday and, yes, they had some great press around the wedding, but what press is going to trash someone’s special day?

“There was bad press around the engagement before the engagement, and everything that has followed since has been incredibly damaging, quite clearly, to Meghan’s mental health and also to Harry.

“And I hear Piers say William has gone through the same thing but, do you know what, siblings experience tragedy in their life and one will be absolutely fine and brush it off and the other will not be able to deal with it so strongly and that is clearly what has happened with Harry in this situation. 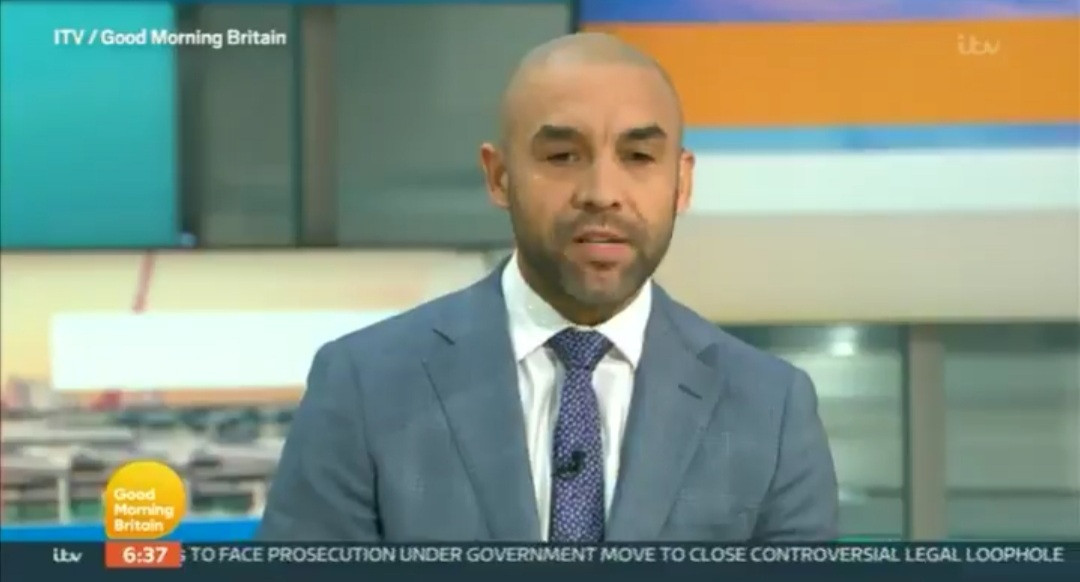 “He walked behind his mother’s coffin at a tender, tender age in front of the globe.

“That is going to shape a young boy for the rest of his life, so I think we all need to take a step back, and I understand that you don’t like Meghan Markle, you’ve made it so clear a number of times on this programme…”

“And I understand you’ve got a personal relationship with Meghan Markle or had one and she cut you off.

“She’s entitled to cut you off if she wants to. Has she said anything about you since she cut you off? I don’t think she has but yet you continue to trash her…”

At this point, Piers stood up and said: “OK, I’m done with this” and walked off set, saying: “Sorry, no… sorry, can’t do this…”

“This is pathetic… This is absolutely diabolical behaviour, ” Alex said to Piers’ receding figure.

Piers eventually returned to the set and tried to defend his comments about Meghan and Harry.

Piers said: “I didn’t have a relationship with Meghan Markle.

“I knew her briefly. All that did was inform me that she’s a bit of a cut and run. All her family, her father, her ex-husband, her ex-friends, they have all been cut out of her life.

“It’s an interesting observation that I have.”

UBA proposes N11.97 billion as final dividend for shareholders in 2020