By effizziemag On Nov 24, 2021
In an effort to curb gun violence, Seattle police are now following up in person on court orders requiring people to surrender guns.
0
Share 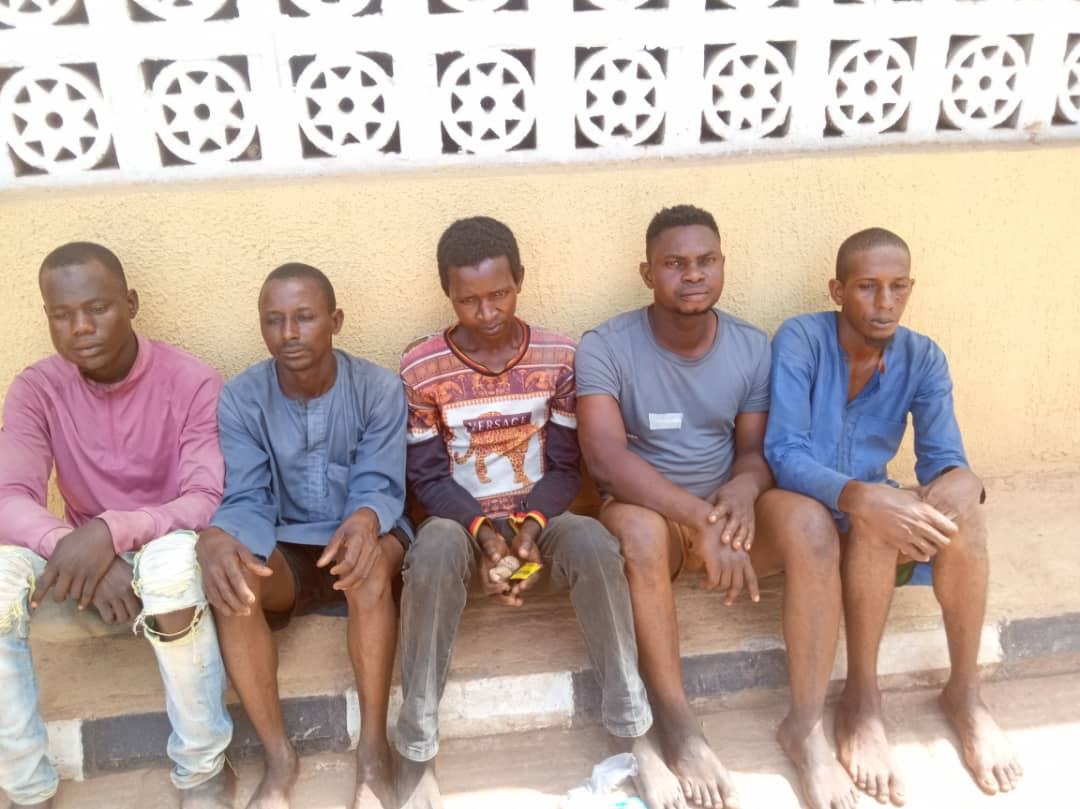 Five members of a kidnap syndicate, terrorizing Obada Oko and its environs have been arrested by operatives of Ogun state police command.

The suspects identified as Aliu Manya, Usman Abubakar, Abayomi Olayiwola, Nasiru Muhammad and Bello Usman were arrested following a piece of information received by policemen attached to Obada Oko divisional headquarters that the men were sighted on two motorcycles inside the forest at Eleja area of Obada Oko at about 8 p.m.

Upon the information, the DPO Obada oko division, CSP Tijani Muhammed, quickly mobilized his men and in conjunction with other stakeholders like so safe corps, hunters and local vigilante stormed the forest where the five suspects were apprehended.

Items recovered from them include illicit drugs such as packs of tramadol, weeds suspected to be Indian hemp, three cutlasses, Eskay and two motorcycles with registration number MEK 504 VC and ODE 423 VC as well as cash sum of seventy-three thousand naira.

Confirming their arrest, the spokesperson of the state police command, DSP Abimbola Oyeyemi, said while investigation was going on, a kidnap victim who was earlier kidnapped and released came forward to identify the suspects as those that kidnapped him. His brother, who took ransom money to them also identified two amongst the suspects as those who collected the money from him for the release of his brother.

He added that the state Commissioner of Police, CP Lanre Bankole, has ordered the transfer of the suspects to the anti-kidnapping unit of the state criminal investigation and intelligence department for discreet investigation. He also directed that other members of the gang should be hunted for and brought to justice.

Suspected armed robber who dresses like a herdsman apprehended in Ogun