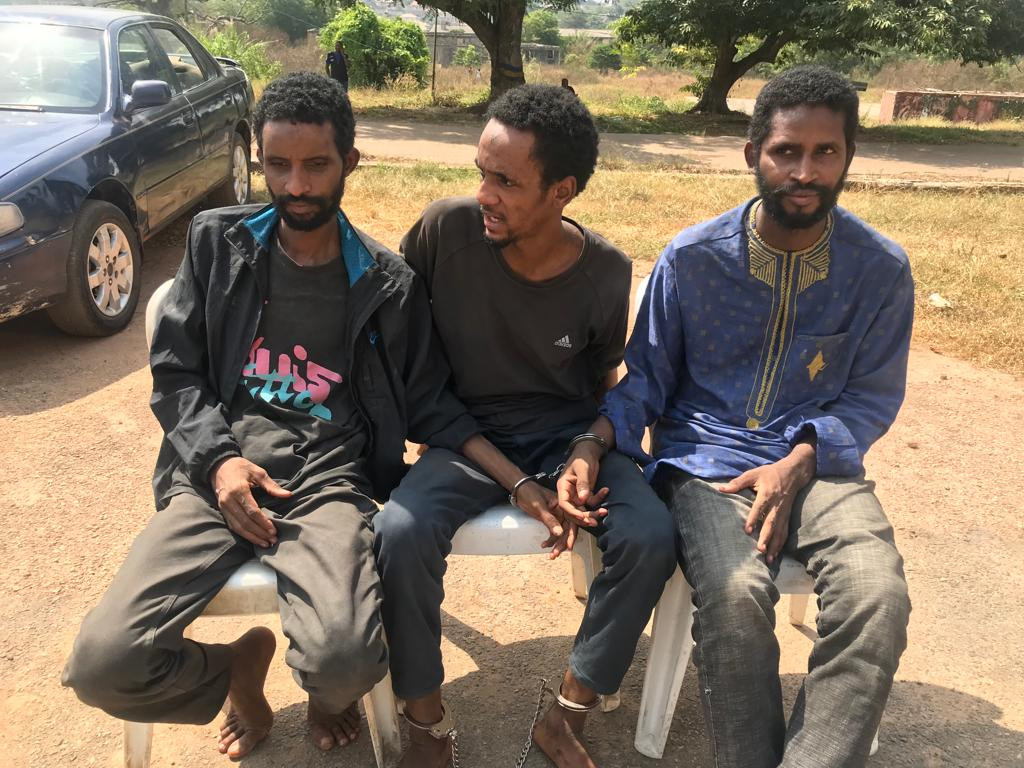 The victims were kidnapped on July 29, 2022,at Aba area of Ogbomoso and later killed by their abductors in August after payment of the N5 million ransom.

Parading the the suspects before newsmen at the Police Headquarters, Eleyele, Ibadan, on Thursday, December 22, 2022, the Police Public Relations Officer (PPRO), SP. Adewale Osifeso, said that they were arrested after kidnapping another victim, one Alhaji Waheed Hameed, a Cattle dealer on September 16.

Osifeso said the suspected kidnappers, who have been terrorizing the people of Ogbomoso, intercepted and attack Hameed at a desolate spot, while armed with AK-47 Riffles and other dangerous weapons and later whisked their victim away into a thick forest.

He said that the suspects later contacted the victim’s relative and demanded for N1 million ransom before he could be released.

The Police spokesperson said that when the command team got wind of the incident, it deployed all available resources in rescuing the victim unhurt with his abductors arrested.

“Sequel to this directive, operatives attached to the Monitoring Unit swung into action and in the process of combing the thick forest alongside local hunters and members of Vigilance group, they stumbled upon where the victim was held captive and rescued him unhurt.

“The victim during debriefing, narrated his ordeal in the hands of his abductors and explained that while the kidnappers were negotiating his ransom, they claimed responsibility for the death of an Ogbomosho hotelier, Mr Gbenga Owolabi, threatening that he (the abductee) would suffer a similar fate should his ransom payment process get thwarted by involving the police,” the PPRO stated.

“The victim also gave other useful information to the Police operatives and this led to the arrest of three members of the kidnapping syndicate,” Osifeso added.