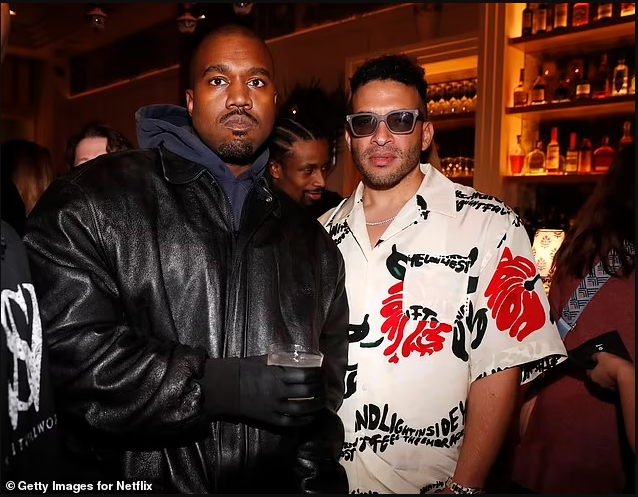 According to sources, the rapper has sought help from the website’s frontman to manage his public image and broker deals, after a string of outbursts in the wake of his divorce from estranged wife Kim Kardashian.

The hiring may come as a surprise to many after Jason was forced to apologise after Hollywood Unlocked falsely claimed that The Queen had died.

A source told The Sun: ‘Now Jason is working for him in the role of a media manager, helping broker deals and he is in charge with his public image.

‘From the outside it seems totally strange to take him on, especially after what happened with the Queen.

‘But he wants to be surrounded by people who know how the media game works and reckons he shares a vision with Jason.’

Last month Jason was forced to apologise after his website shared an report claiming that The Queen had passed away, days after Buckingham Palace confirmed she’d tested positive for Covid.

He originally stood by the site’s claims, writing: ‘We don’t post lies and I always stand by my sources. Waiting for an official statement from the palace.’

In a now-deleted tweet, the outlet later shared a statement that read: ‘It was an accident and we’re working hard to make sure that this mistake never happens again. The intern journalist was misinformed and published the draft post by mistake,

Lee himself also posted: ‘Although I’ve never been wrong when breaking a story because this involves The Queen this is one time I would want to be.

‘And based on Wednesday’s report from the Palace, I can say my sources got this wrong and I sincerely apologise to The Queen and the Royal Family.’

Singer Harrysong shares chat between him and his alleged blackmailer