Rift among South East senators over multi-billion SUVs deepens as it is revealed that a senator from South-East objected to the purchase of the vehicles from Innoson Vehicle Manufacturing Company Limited, a firm located in the region. 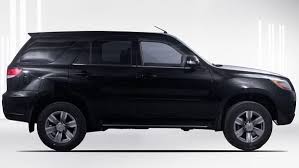 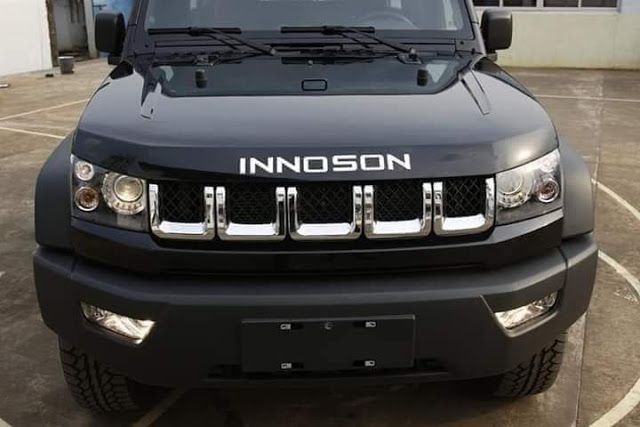 Months after the Senate procured Sports Utility Vehicles for its lawmakers, the exercise has generated a deep rift among prominent senators of South-East origin.

The conflict began when the Senator representing Enugu-North at the Senate, Chukwuka Utazi, alleged that a senator from South-East objected to the purchase of the vehicles from Innoson Vehicle Manufacturing Company Limited, a firm located in the region.

Two senators at the centre of the rift are the Senator representing Anambra-South, Ifeanyi Ubah, and Utazi, himself.

The Senate had, late last year, procured multibillion naira Toyota Land Cruiser Sports Utility Vehicles for senators. This was done against the clamour that the vehicles should be bought from local firms. The development generated adverse criticism against the Senate.

It was in the midst of the lingering criticism that Utazi alleged that a South-East senator de-marketed Innoson Motors. He spoke on the floor of the Senate.

Utazi’s comment drew Ubah’s ire. He was made angrier when the Senate President failed to allow him to respond to Utazi’s comment. He walked out of the session in anger. Some senators followed him in solidarity.

The rift deepened yesterday as Ubah in a strongly-worded letter, dated July 17th, 2020, to Utazi demanded an unreserved immediate apology to the South East, the Senate and himself for misinforming the public.

He challenged Utazi to name the senator that opposed the purchase of Innoson vehicles by the Senate.

Ubah wrote, “While I commend your acknowledgement of the importance of promoting the Igbo economy, which is my core mantra and one of my utmost priorities in the National Assembly, it is unfortunate that you failed to mention the senator who committed such an unpardonable act by opposing the procurement of vehicles made by Innoson Vehicle Manufacturing Company Limited during a Senate transport Committee meeting which I never attended since I’m not a member.

“I find it most unfortunate and sad that till now, you are still unable to produce any evidence to prove that the alleged incident to de-market IVM occurred, or at least, apologise and inform Nigerians that you erred by bringing an unverified social media rumour to the floor of the Senate.

“As a distinguished senator of the Federal Republic of Nigeria, you should have contacted or consulted the leadership of the Senate Committee on Transport or any member of the committee which our highly respected brother and leader from Enugu, Senator Chimaroke Nnamani, is a member, to find out if such happened.’’

Utazi failed to pick his calls when efforts were made to get his reactions.

Trouble started last week when, on the floor of the Senate, Utazi raised a point of order that drew the attention of his colleagues to alleged disparaging comments made by another South-East senator against the Managing Director of IVMCL, Chief Innocent Chukwuma.

Without mentioning any name, Utazi alleged that there were orchestrated attempts by the South-East senator to run down the automobile firm

He had said, “It was highly disturbing and worrisome that such plots are coming from people within the same geopolitical zone with the industrial giant.

“Chief Innocent Chukwuma had done more than enough in getting the country industrialised as far as the automobile sector is concerned than for some people to be ganging up against him and which must be condemned by the Senate.”

Senate President, Ahmad Lawan, was forced to interrupt Utazi’s submissions as some other South-East senators raised objections against Utazi’s allegations.

Apparently uncomfortable, Ubah made spirited efforts to raise a counter-motion but was not allowed, a situation that made him leave the chamber in anger.

He was followed in solidarity by some senators from his region.

Ubah had while addressing journalists after the plenary last week, said he remained one of the biggest customers of Innoson vehicles, having purchased many of them for private and official purposes and could not have disparaged a firm he was patronising.

MEANWHILE, it has been gathered that the Senate did not patronise any local firm in the purchase of the vehicles because of infighting among contending business interests.

The ad hoc Welfare Committee set up by the Senate President, Ahmad Lawan, and headed by Senator Abubakar Kyari was said to have had very difficult times in arriving at that decision.
Some senators from within and outside the committee were said to have expressed varying interests when the committee wanted to purchase the vehicles from local firms.

Most members of the committee were said to have been angered by the development and resolved to go for foreign automobile firms.

It was equally learnt that the majority of those in the committee argued that they could not guarantee the quality of the vehicles assembled in Nigeria.

The source said, “It was true that we considered suggestions in some quarters to patronise automobile firms in Nigeria but the fear of their products’ quality, stalled the plans.

“Since the vehicles would be given to members on loans, we should be careful not to purchase vehicles that we may not be able to guarantee their quality and durability.

“There was a time that the House of Representatives purchased ‘Made-in-Nigeria’ cars for their members but we know the complaints that greeted the exercise.”

He added, “We want to avoid such situation; that is why we settled for the importation of brand new SUVs that would meet the standard and specification of our members who would pay for them from their salaries and allowances.”

The Guardian broke the news in August last year that the Senate had begun serious arrangement to purchase SUVs for its members at the cost of over N5bn.

The vehicles were delivered in December 2019, despite opposition by Nigerians.

He said, “What is the problem there? It is an insult to say that a senator of the Federal Republic cannot ride an SUV in Nigeria. It is an insult. The N5.5bn is from the National Assembly fund and it is budgeted for every year, which they will pay back at the end of the tenure.

“I was a permanent secretary. I know what ministers get; we cannot even compare ourselves to ministers because we are higher than the minister(s). For you to say that a senator of the Federal Republic cannot drive an SUV today; come on, that is an insult.

“Go and tell the people that the work that we do is more than the work of ministers. The weight that is on me today; there is no minister of the Federal Republic that has it. The collapse of the local government areas across the country had placed a burden on senators who “carry loads outside their purview,” he said.