Foreign celebrities have condemned the murder of innocent Nigerians who were gathered at the Lekki toll gate to protest police brutality in Nigeria.

As the End SARS protesters sat, singing the national anthem and waving the flag, the light at the Lekki toll gate was put off not long after the security cameras at the same toll gate were removed. Then, protesters were shot at. Some were killed and even more were injured.

A number of people outside Nigeria have condemned the killing, including former US presidential aspirant Hillary Clinton.

Naomi Campbell, Rihanna, Nicki Minaj, and footballer Mikel Obi’s wife, Olga Allegra have also joined in condemning the killings. They shared a photo of the Nigerian flag stained with the blood of victims of the Lekki toll gate massacre alongside their posts. 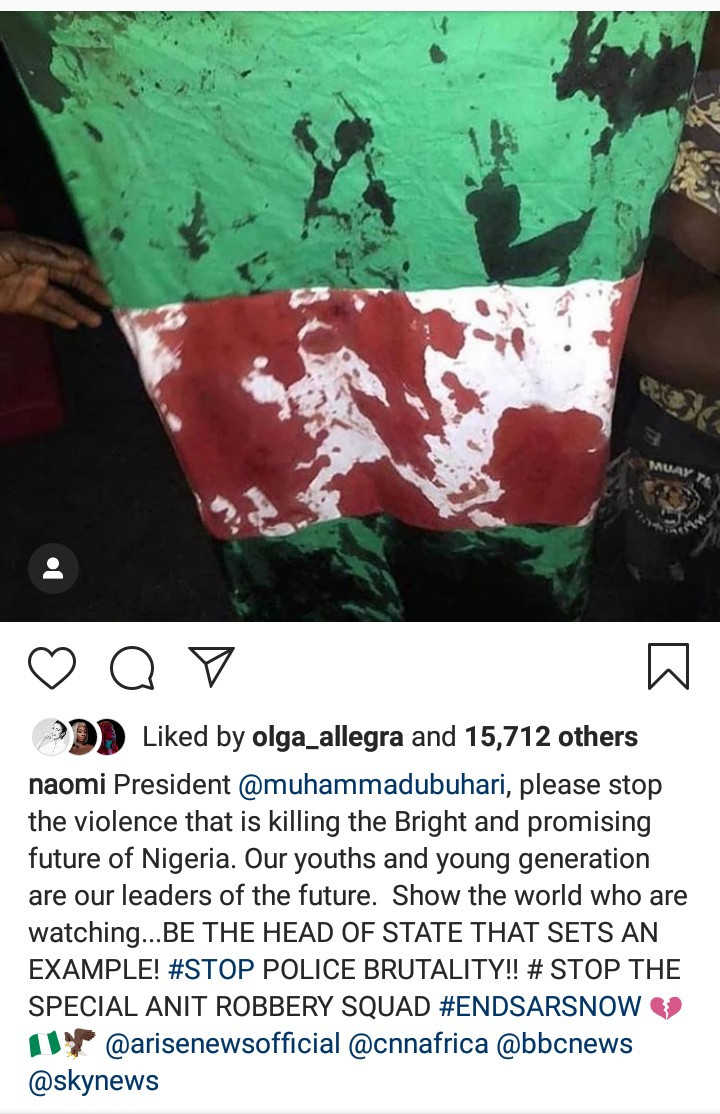 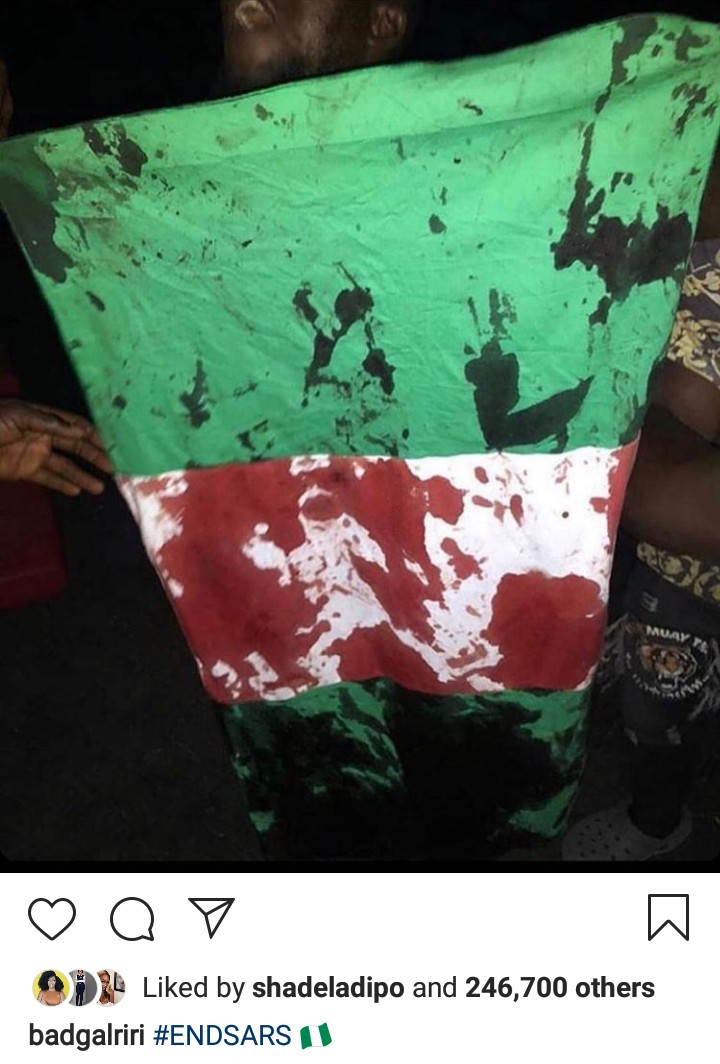 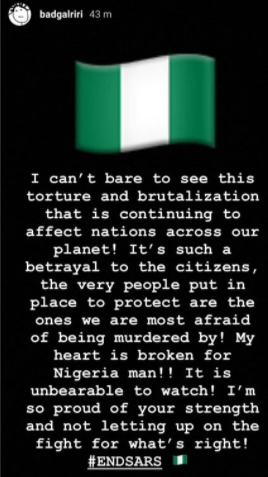 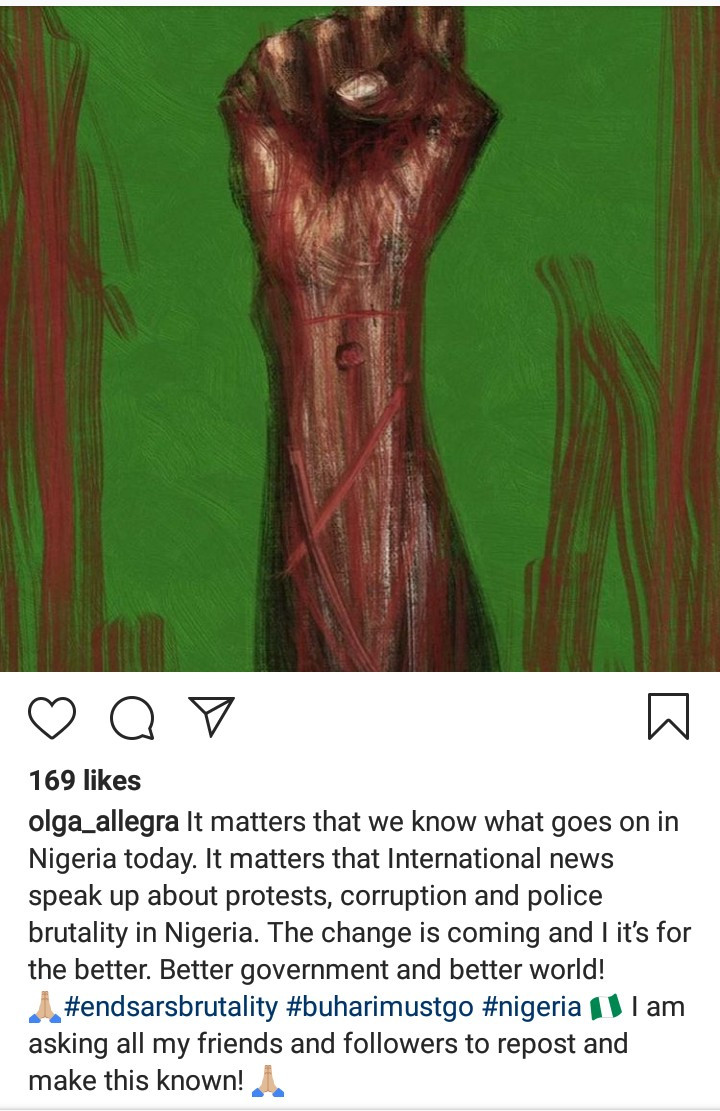 What happened in Lekki is nothing but a massacre – Bukola Saraki