Every person loves to eat seafood. Seafood is an important source of human protein in a lot of diets around the whole world, especially in some coastal areas. Seafood is basically edible aquatic animals, including both freshwater and ocean creatures. Fish and other seafood are considered humanity’s most important food.

Healthy seafood contributes a vast quantity of nutrients to the diet, including EPA and DHA that are commonly believed to be important in reducing the high risk of cardiovascular disease, lengthening gestation, and possibly promoting fetal and infant neurological development issues.

Seafood types include many types of fishes, shellfish, and other sea creatures like squid. Different kinds of seafood are generally raised in ponds or in cages in the sea, but most of the fish that we eat are taken alive from the different oceans by big commercial fishing boats. Shellfish include a lot of species of mollusks like bivalve mollusks that includes clams, oysters, and other mussels.

In the past marine mammals like cetaceans and seals have been eaten as food. Edible sea plants such as some seaweed and microalgae are commonly eaten as sea vegetables around the world, especially in Asian countries. In the United States, the word “seafood” is extended to the freshwater organisms that are eaten by humans, so all edible aquatic life may be referred to as “seafood in this sense.

Moreover, the most commonly-eaten fish includes salmon, tuna, snapper, mackerel, cod, trout, carp, catfish, sardines, etc. Most of these fishes are caught in the sea or in different lakes and rivers, but edible fish are also raised in many ponds that include lobsters, crabs, crayfish, prawns, and shrimp.

Generally, fish are cooked whole or cut into small steaks, fillets, or chunks. On the other hand, the crustaceans are usually cooked whole, alive, as are most mollusks. Larger and tougher mollusks are ground and pounded to tenderize the tough flesh. Some specific seafood cuisine is eaten uncooked, either completely raw or somewhat modified by a simple Marination. The roe of specific fishes and some shellfish and the eggs of many turtles are also eaten as seafood.

However, a basic and main consideration in cooking fish or any shellfish is to avoid overcooking it. The rule of thumb should be followed to cook a fish which is that, the fish should be cooked 10 minutes per inch, measured through the thickest part of the fish, with an additional 5 minutes that can be required if the fish is cooked in a sauce. The time should be doubled if your fish is frozen fish. Commonly eaten seafood dishes names are, Bisque, Chowder, Coconut shrimp, Crab puff, Crawfish pie, Hoe, Clam cake, Clam chowder, Clams casino.

Canned Tuna is considered much popular seafood for more than a century with its first production dating back to almost 1900. Tuna is an oily fish and now a day this food item is the second most consumed seafood in the States at 2.7 pounds per person every year. It is commonly eaten by adding to salads, sandwiches, and casseroles.

Salmon is the most favorite and preferred seafood all over Britain. Many health factors and its affordable range have played a significant role in making this food item one of the best seafood. It contains omega-3 fatty acid which can reduce heart diseases in humans. So, it must be used three to four times a week. English island, French, Spain and the other United States are also a fan of this delicious Salmon.

Cat food is the traditional seafood that is most popular in the US as well in the UK. The slow simple and global economic scenario which was witnessed many years back have compelled people to go for the cheaper Pollack than the luxurious ones to enjoy cat food, due to its unique taste.

It is commonly known as “aquatic chicken” because of its familiar and best taste, tilapia is the well-known and perfect factory fish. It is sweet and soft meat that makes it one of the top 10 seafood of the world. This fish is also a part of a few of the unique seafood recipes known to the world.

Pangasius has cracked the top record of seafood and it is well appreciated by seafood consumers all over the world. It has witnessed a brilliant growth in its demand even in different nations like Vietnam, Cambodia, Thailand, and China. When it is cooked or blending with other ingredients, Pangasius forms a unique and delicate texture with good looking white flesh. 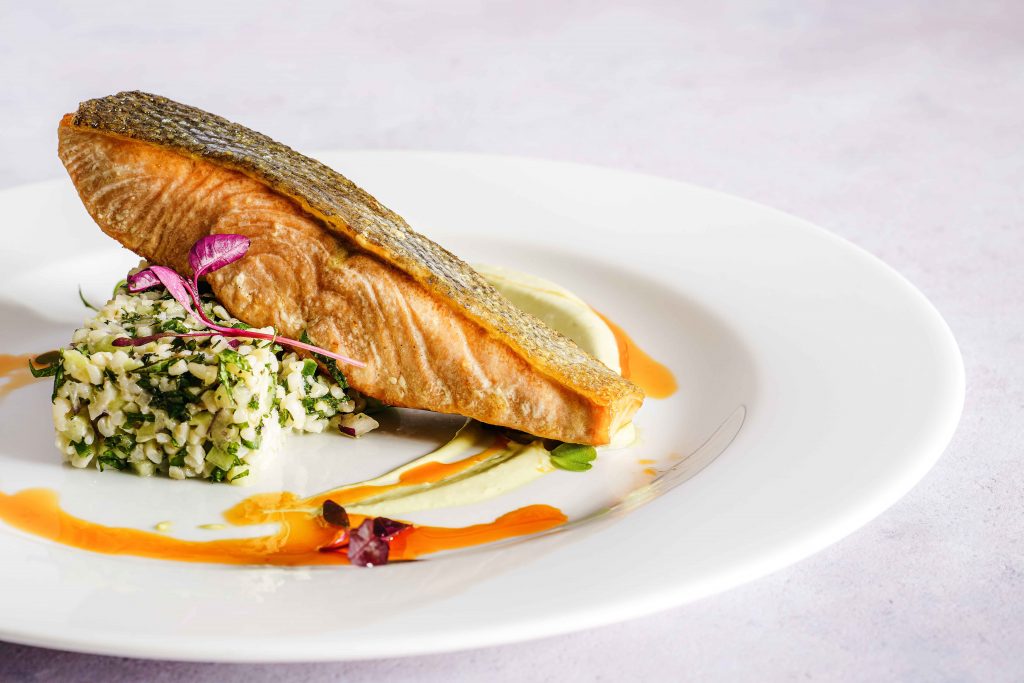 Catfish is delicious and the best seafood in the United States especially among the mid-western and some southern states. This fish is more easily available nowadays across restaurants that entertain diners with popular seafood dishes in the world. Two catfish, Channel Catfish, and the Blue Catfish are considered the most demanded species in seafood. It is generally eaten fried or by crumbing with cornmeal to get a unique taste.

Crab is the most commonly used seafood that contributes to 20 percent of seafood consumption across nations. Depending upon the type, a lot of dishes are prepared from this aquatic creature. While some of its species’ legs and claws are also eaten others are devoured as a whole including their shell and other things. Even crab roe forms the best part of well-accepted seafood in East and West Asian tradition. Dungeness crab, King Crab, Blue Crab, Snow Crab, and Stone Crab are some of the most commonly used types of it.

Clam is seafood that is much famous among the people of Italy, India, and North America. The clam can be eaten in raw, baked, boiled, or fried form and has a bit fishier and delicious taste compared with oysters. Fried Razor Clams and Steamed Clams in Butter are common dishes that are prepared in all leading seafood restaurants of the globe.

Mussels with Lemongrass are what we call food for the soul. You can enjoy mussels in a simple broth that highlights their natural flavor. It is flavored with fragrant lemongrass, a handful of chilies, and some peanuts. You can serve the dish with a portion of rice or noodles.

Shrimp is a highly accessible and versatile seafood. It is also easy to eat by the pound and you can buy it frozen.it is also called “prawns”. 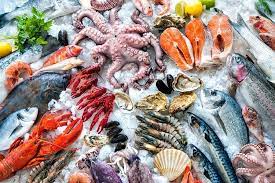 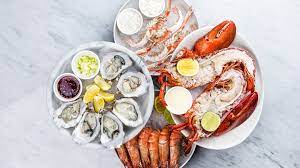 Lagos state govt clears all five students and and staff arrested over Sylvester Oromoni’s death, says autopsy report rules out case of murder and toxicology found no harmful substance in his body

Jim Iyke finally admits his fight with Uche Maduagwu was orchestrated for publicity; says Uche was well paid for the stunt