Popular interior designer, Ehi Ogbebor, has asked her critics to provide proof of her denying her relationship with NURTW chieftain, MC Oluomo.

On Sunday, February 7, actress Destiny Etiko was accused of receiving a Prado SUV from a married oil businessman. She shared a video on her page vehemently denying the allegation and stating that she has never met the man in question. Read here.

Some social media users who left comments on her page said that this was how Ehi Ogbebor also denied her relationship with Mc Ouomo when they started seeing each other.

The comments caught Ehi’s attention and she has now reacted. In a post shared on her Instastories, Ehi asked anyone with proof to provide where she ever denied MC Oluomo. She stated emphatically that she has never denied the man. 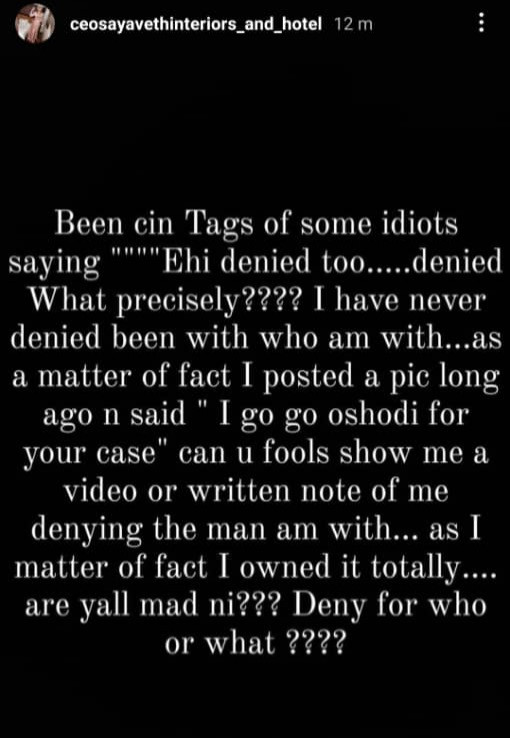 Church usher reveals what a member put in the offering envelope

Police recover body of one of its informants in Lagos ocean