Reacting on Instagram, Bobrisky said raining insults on fans who beg for money is not ‘right’ because without Instagram, ‘there are no fans’ to support them.

He further said in his post that without a large following of fans on Instagram, brands wouldn’t approach them for endorsement.

In his caption, the popular crossdresser also advised his fellow celebrities to do the little they can to help their fans. 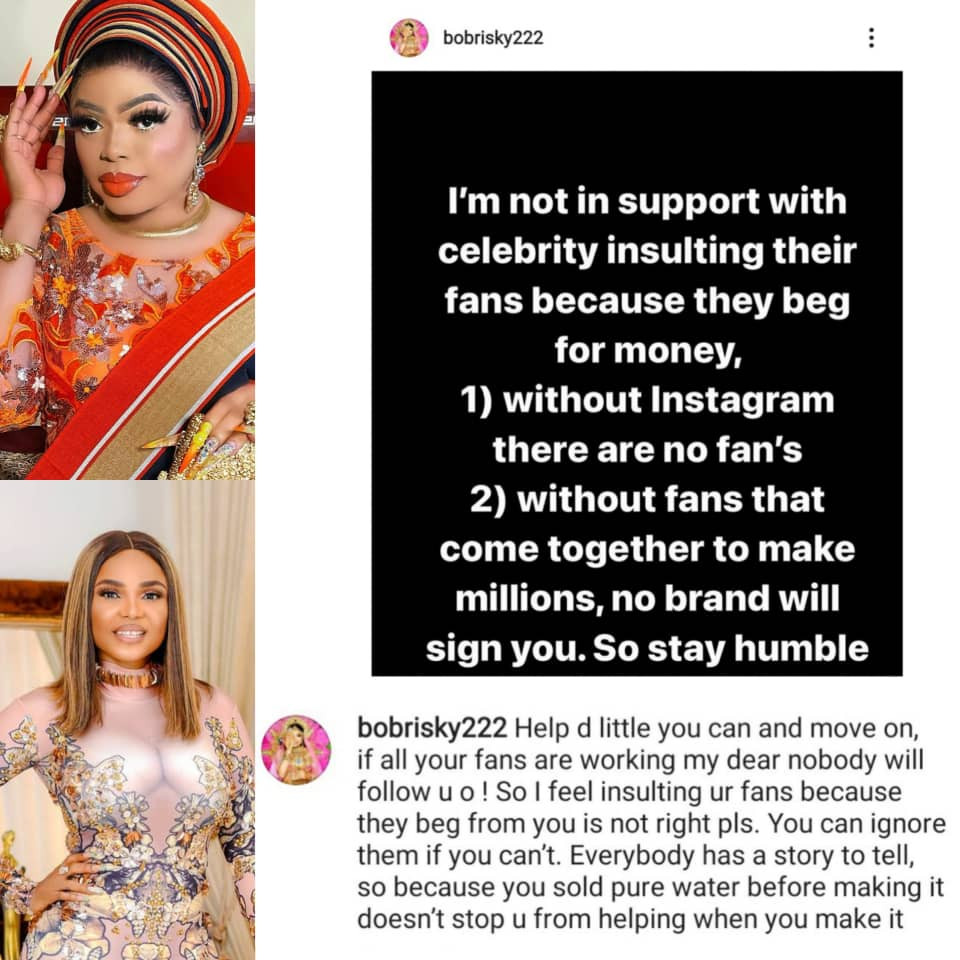 Nigerian doctor suspended for beating his 10-year-old son with broom in the UK, blames his cultural upbringing in Nigeria for the act as he’s reinstated