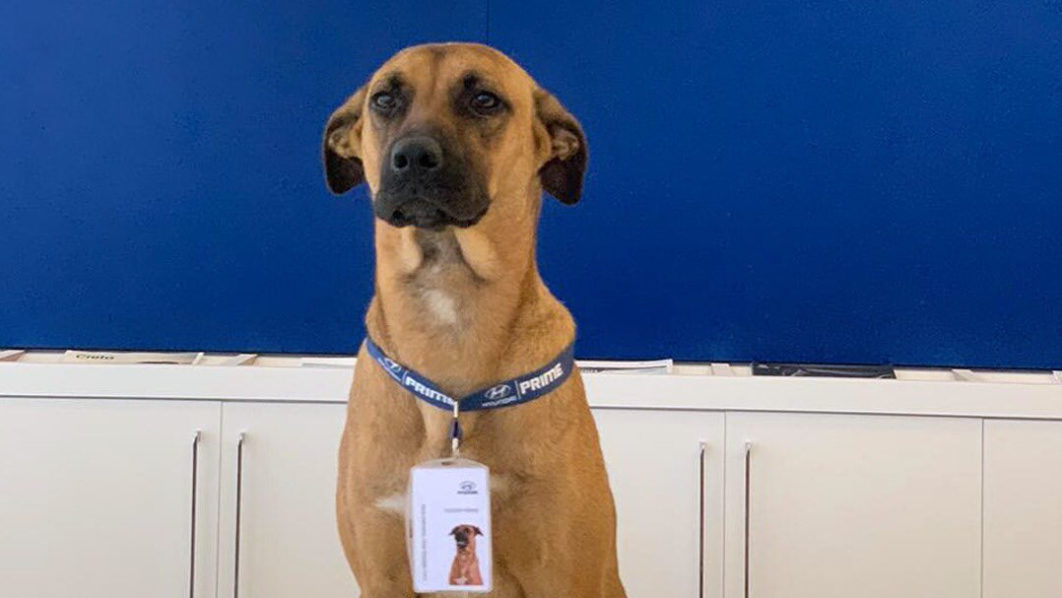 A stray dog in Brazil who kept showing up and waiting outside a car dealership in Brazil has been adopted and offered a customer care job.

The stray dog was first spotted earlier this year waiting outside a Hyundai Prime branch by staff who assumed it would eventually move on. But the dog continued to show up until on one particularly rainy night the manager, Emerson Mariano, took pity on the pup and invited him into the warm for some food and water.

The dog seemed determined to stay and it didn’t take him long to win the hearts of the staff, who adopted him as the dealership’s mascot.

The staff named him Tucson Prime and hired him as a “pawfessional consultant”, along with his own staff ID badge. He was also trained on the phones. 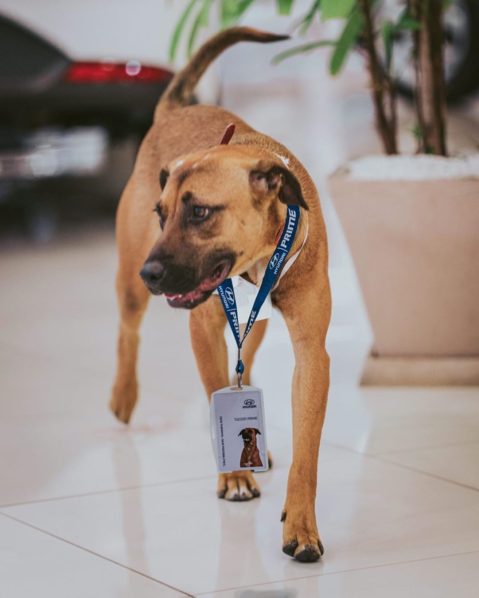 According to Bored Panda, the initial plan was simply to provide the dog with a warm place to stay, Tucson’s natural ability to greet and interact with customers earned him a promotion to the front of the house.

Mariano told Top Motors Brazil that feedback about Tucson’s customer care had been extremely positive and he had improved the dealership with his “very caring and docile nature”.

Customers who had bought a car have even returned to say hello to Tucson and give him gifts as thank you.

Mariano said he became instantly attached to the dog after offering him shelter from the rain and suggested to the board that he was adopted as an official mascot. 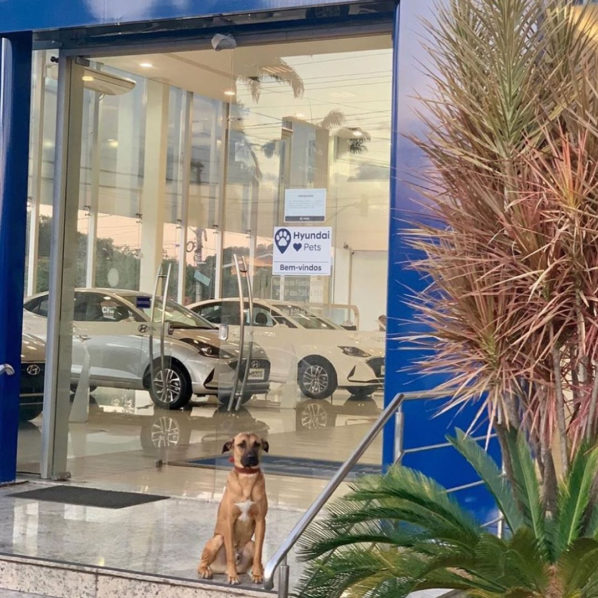 “After all, the company has always been pet friendly, so now we decided to embrace this idea in practice too, having our own pet precisely at a more complicated time like this with so many abandoned animals.”

Tucson was taken to the vets to ensure he got all the necessary vaccinations and his rise up the employment ladder at Hyundai means he is now expected to star in a national advertising campaign for the car manufacturer too.

Tucson has his own Instagram page which has garnered over 109,000 followers as at the time of this report. 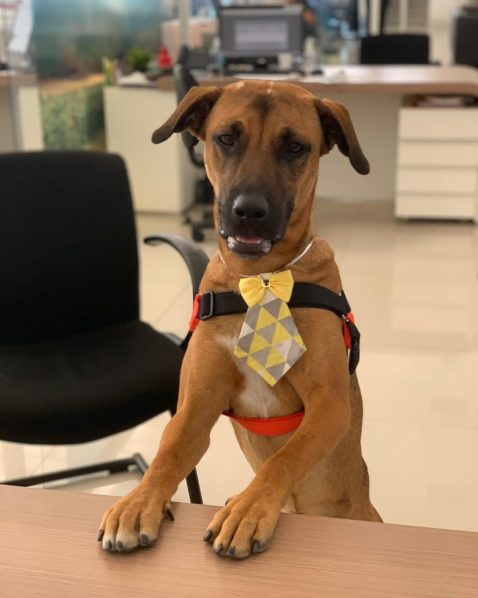