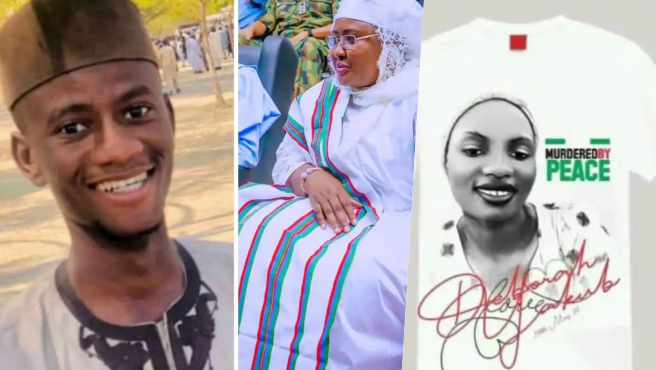 It’s been discovered that Aminu Adamu Mohammed, the student of Federal University, Dutse, who was arrested for tweeting a derogatory comment about First Lady of Nigeria, Aisha Buhari, had months ago, threatened those mourning Deborah Samuel, the 21-year-old student of Shehu Shagari College of Education, Sokoto, who was killed over alleged blasphemy in May 2022.

Sharing a photo of a T-shirt with Deborah’s image, Aminu threatened that anyone who wears it will be severely dealt with in Bauchi state.

He tweeted “Duk Wanda yasa wannan rigar ah Bauchi sai munchi uwarsa” and it is translated as “whosoever wears this shirt in bauchi will be dealt with….. SEVERELY!!!” 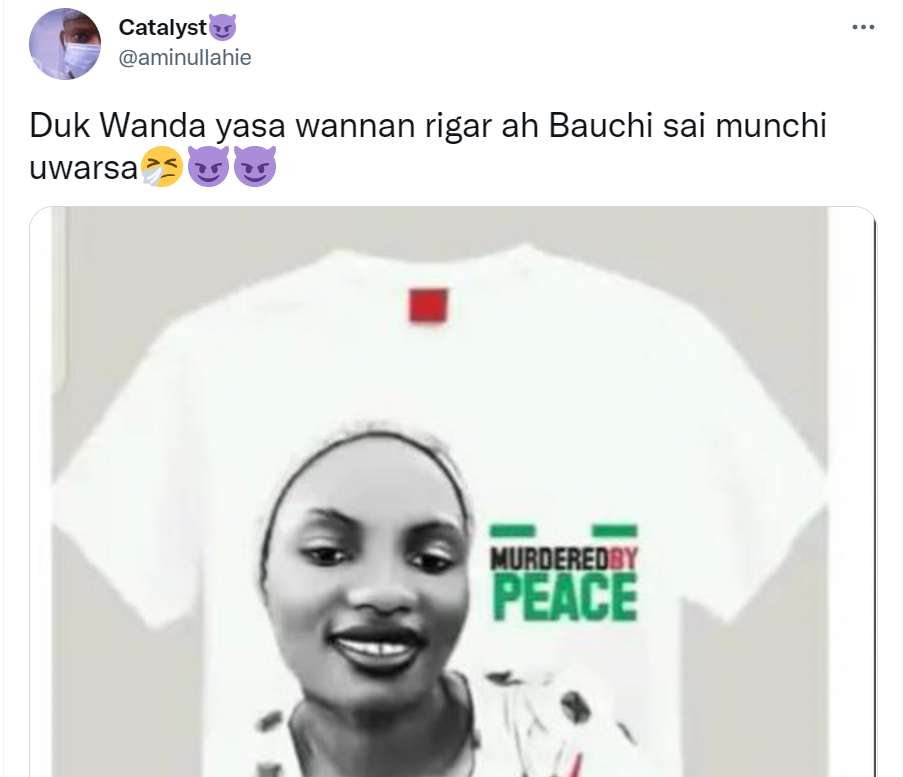 Nigerians on Twitter who initially called for Aminu’s release, have since dissociated from him, with many saying he deserves the treatment being meted out to him. See some tweets below… 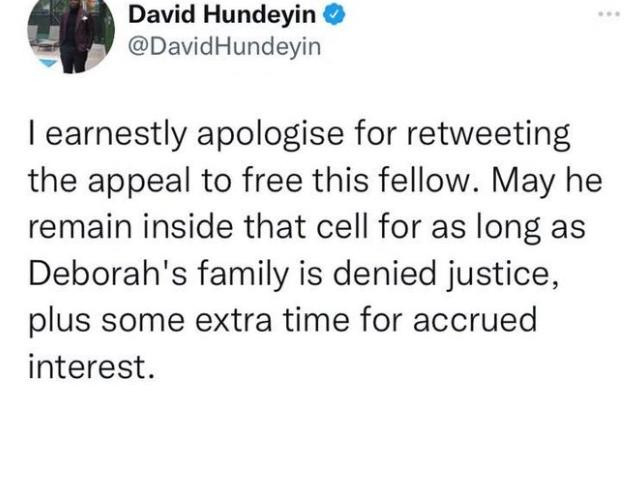 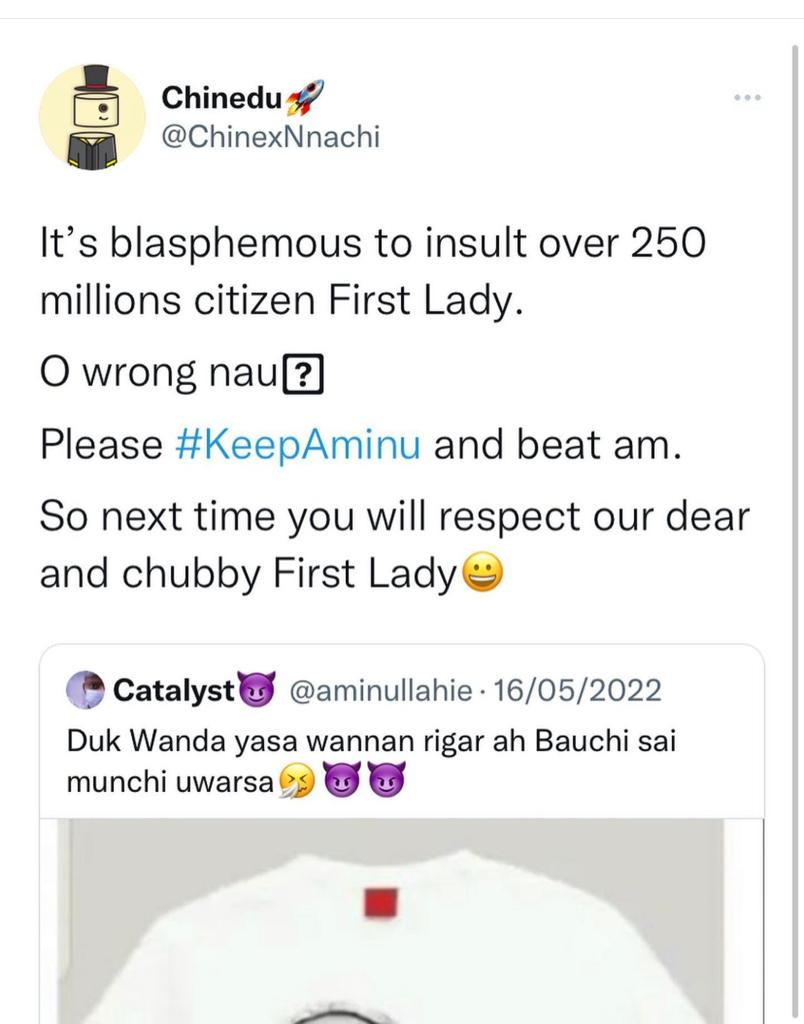 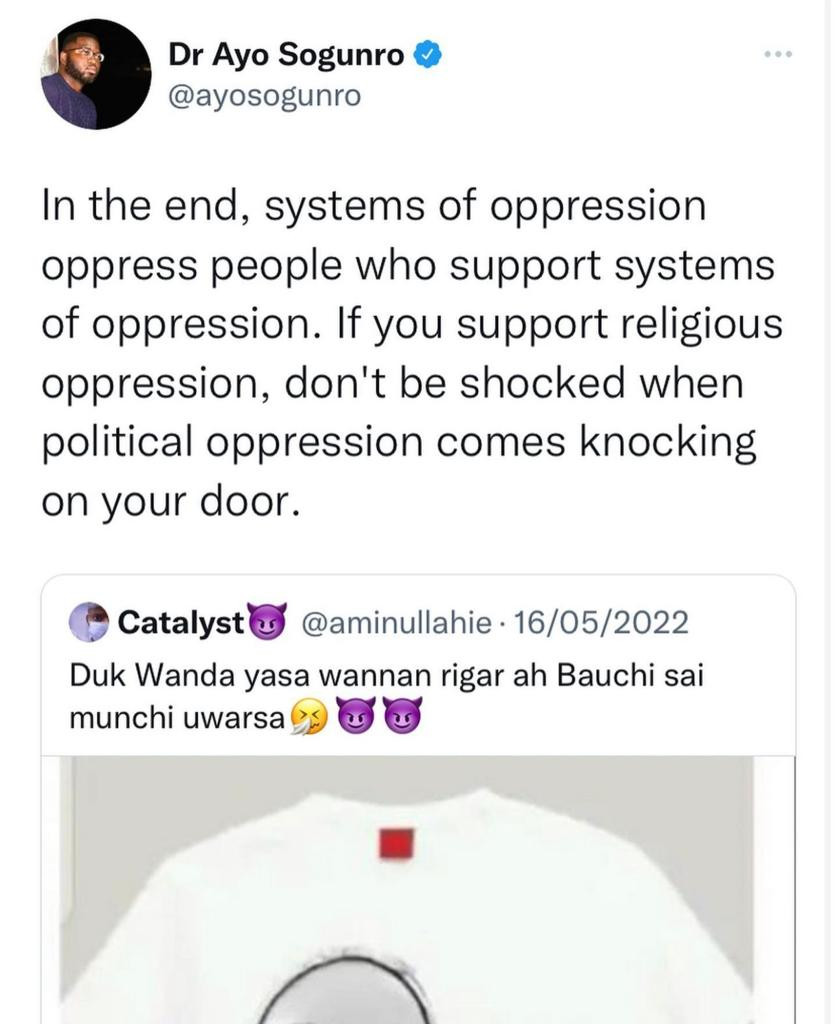 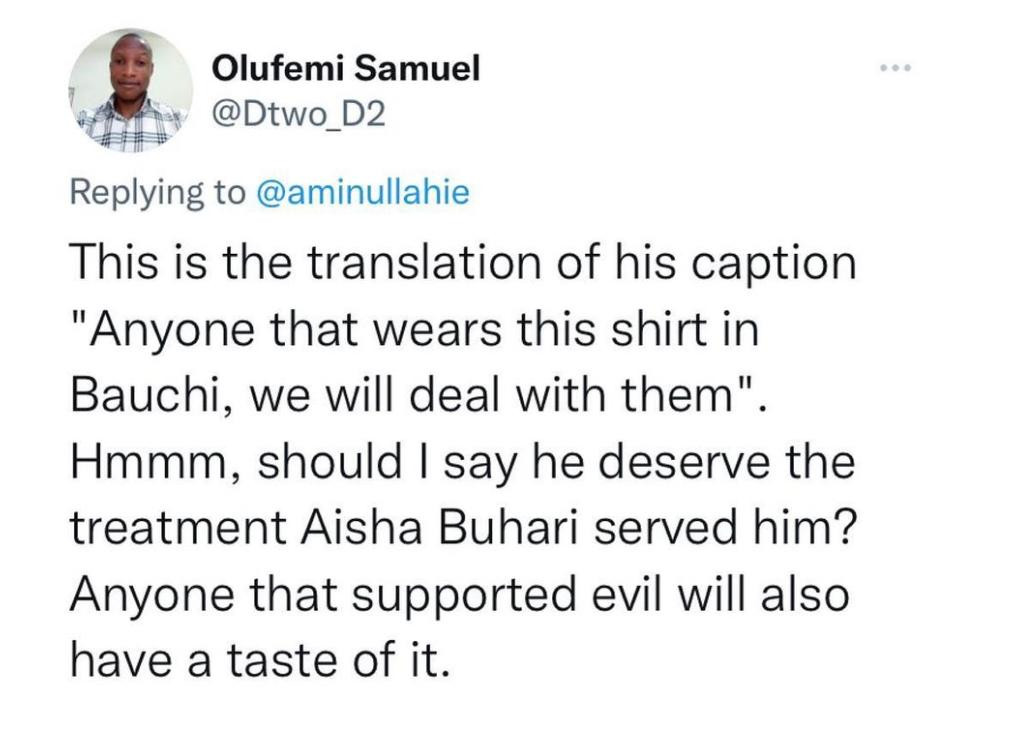 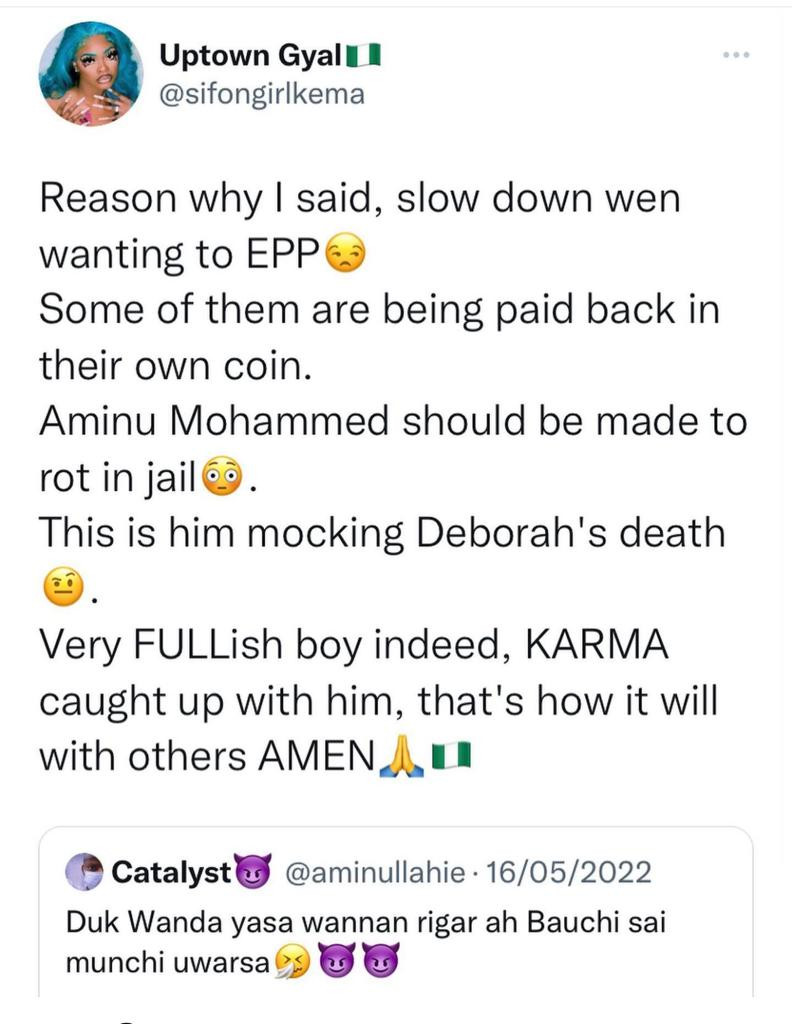 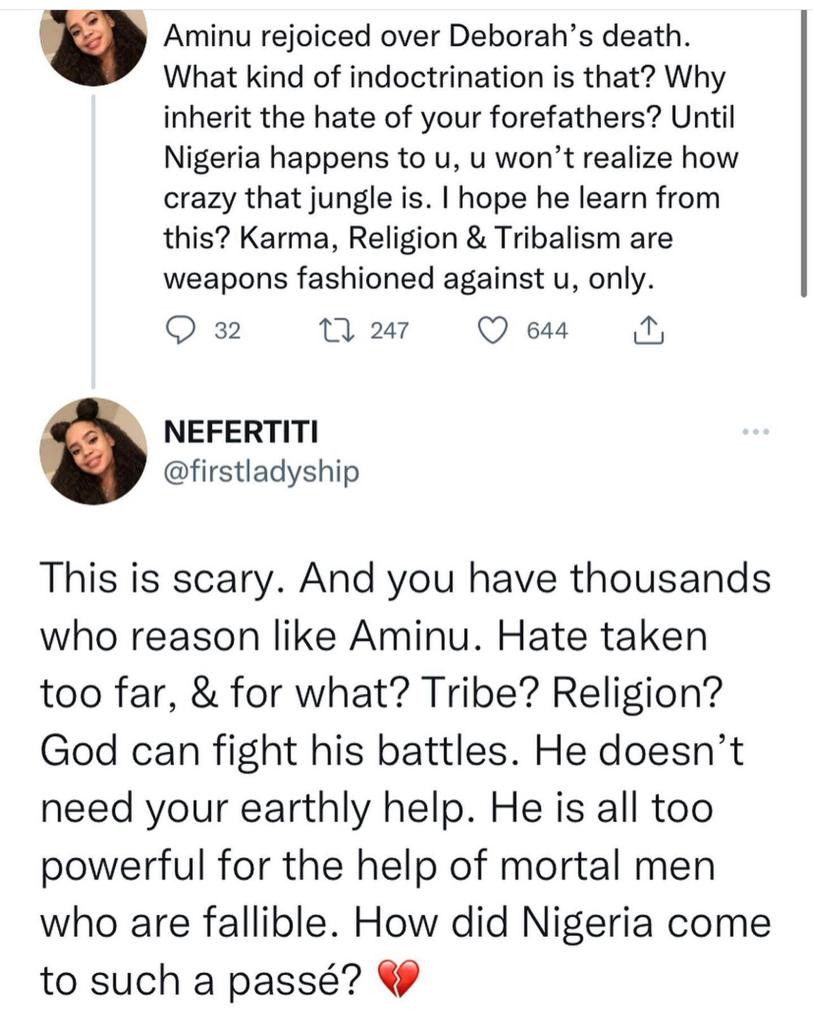 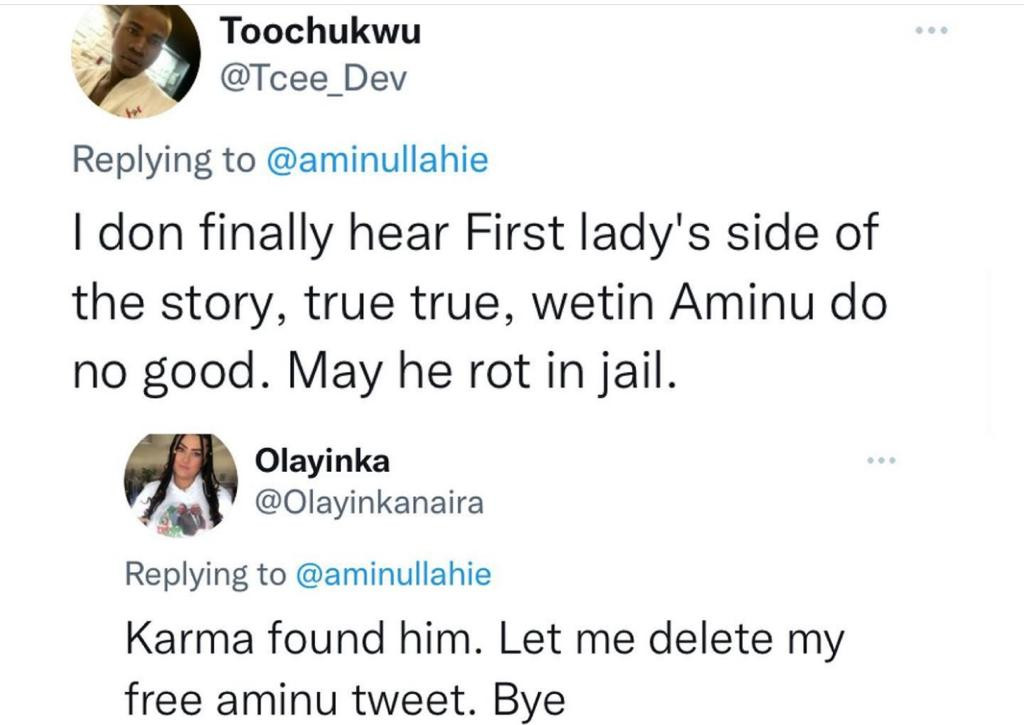