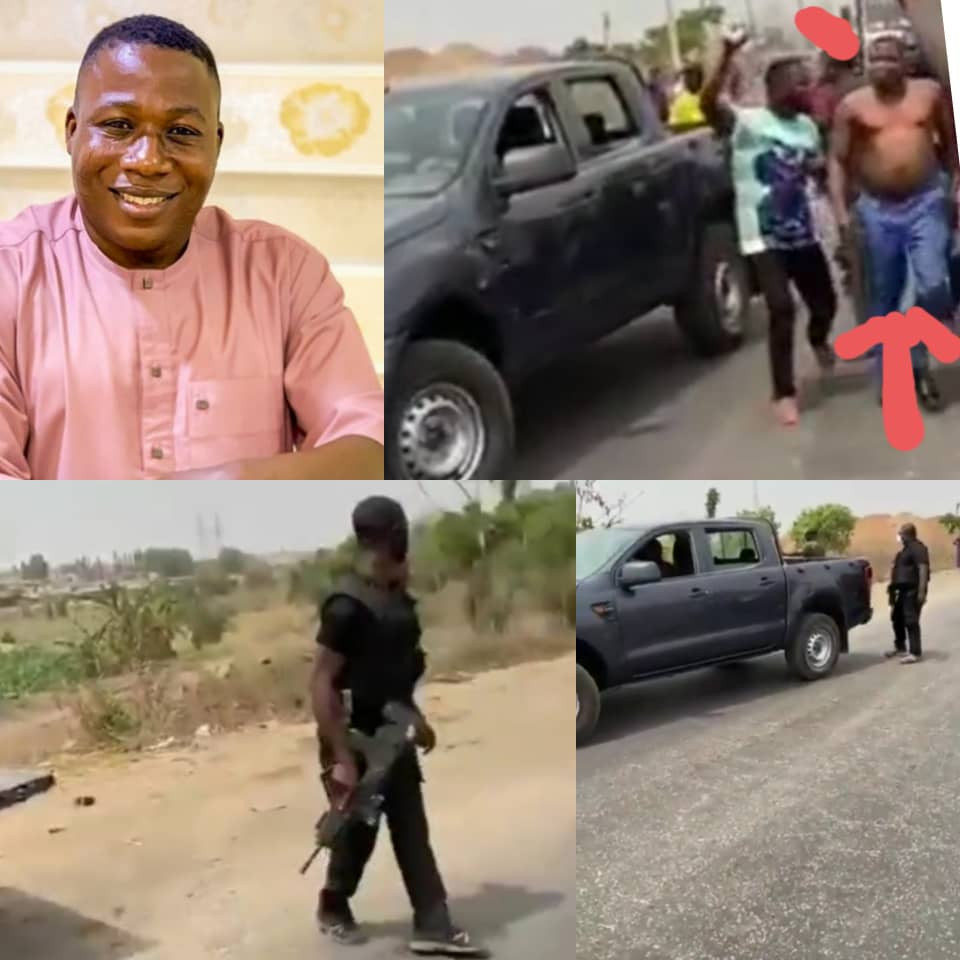 There was tension along the Lagos-Ibadan expressway this afternoon after a team of police officers and DSS attempted to arrest Yoruba activist, Sunday Igboho.

Igboho was said to be on his way to Lagos to see elder statesman, Ayo Adebanjo, when he was accosted by the security agents on Friday February 26.

His arrest comes weeks after he gave an eviction notice to Fulani herdsmen in the South West.