”They removed her private part. She saw hell on earth before she died” – Titilayo Ayanwole speaks on her sister’s gruesome murder, accuses the Nigerian government of “killing” her 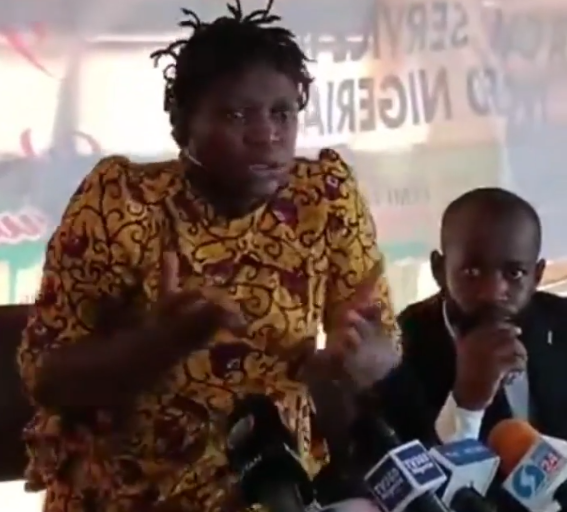 Titilayo Ayanwole, the older sister of Bamise Ayanwola, the 22-year-old Nigerian lady who was abducted and then murdered after taking a ride on a BRT bus, has come out to speak.

At a press conference, Titilayo who couldn’t hold back her tears said Bamise died in pain and claimed that Bamise’s private part was mutilated by those who attacked her. However, the commisioner of police in a statement share earlier, said police officers and family members of the victim were all at the mortuary, and there was no part of the victiim’s body that was mutilated.

”My name is Ayanwole Oluwadamilola Titilayo. I am the senuor sister to Bamise that the Nigerian government killed. They made her to suffer life. They removed her private part, They did not kill her. She suffered the pains, hell on earth before she moved to her ‘destination’. She force her to stop at the busstop which she is not supposed to stop.”

Titilayo described Bamise, who is the last born of tthier mum and dad, as a likable person who made many smile.

Court sacks Gov Umahi and his deputy over defection to APC

Nigerian music producer, Champagne Beatz discovers that he is not the biological father of his three children.