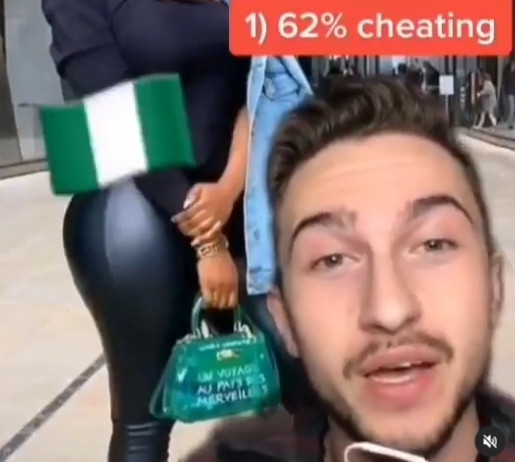 A Tiktok video has gone viral after a user listed eight countries and named Nigerian married women as the highest cheaters in the world.

In the video the man mentions eight different countries with the highest fate of women cheating on their husband.

The analysis comes after condom brand, Durex, did a recent survey on it’s highest users in the world.

The survey taken on 29,000 people in 36 countries has ranked Nigerian women as the most unfaithful in the world.

The survey revealed that the top two countries with cheating women are Nigeria,with 62 percent?

Sweet’N Low magnate, Donald Tober, 89, ‘jumps to his death from the 11th floor of his luxury $10 million NYC apartment after struggling with ‘Parkinson disease’