Anatoly Legkodymov is accused of permitting users to launder hundreds of millions of dollars. His platform, Bitzlato, has been shut down by authorities. 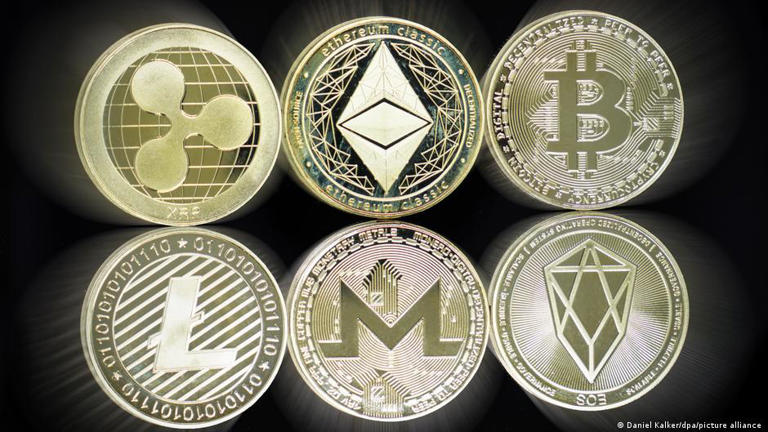 Cryptocurrency values have plummeted in the last year

US authorities announced on Wednesday that they had arrested the owner of Hong Kong-based cryptocurrency exchange Bitzlato for allegedly laundering hundreds of millions of dollars for criminals on the platform.

Anatoly Legkodymov is a 40-year-old Russian national living in China. He was arrested in Miami and is due to appear in court for his first hearing later on Wednesday.

“Today the Department of Justice dealt a significant blow to the cryptocrime ecosystem,” US Deputy Attorney General Lisa Monaco told a press conference, calling Bitzlato a “haven” for criminality.

“Overnight, the department worked with key partners here and abroad to disrupt Bitzlato, the China-based money laundering engine that fueled a high-tech axis of cryptocrime,” she said, adding that a joint operation with French, Cypriot, Portuguese and Spanish authorities had also allowed them to shut down Bitzlato’s website.

Legkodymov wrote that users were ‘known to be crooks’

Legkodymov is accused of not implementing the proper security measures required to prevent money laundering and other crimes on cryptocurrency platforms.

Bitzlato’s main client was Hydra, a major darknet marketplace shut down by US and German authorities last year. Users were able to transmit some $700 million for narcotics, stolen credit card information and fake identity papers, the US Justice Department said.

According to court documents, Legkodymov allegedly wrote in an internal Bitzlato chat in 2019 that he knew many of the platform’s users were “known to be crooks.”

Is it possible to avoid snoring? Some practical tips