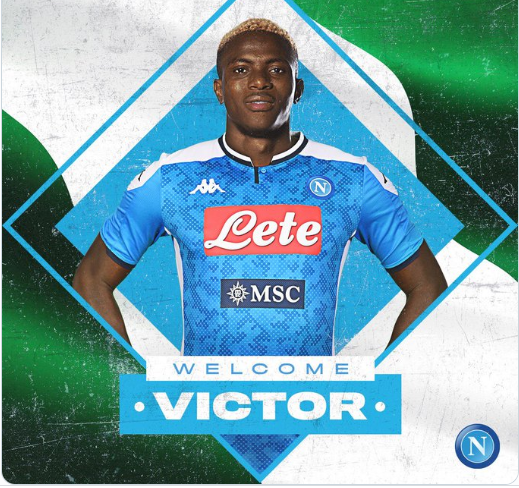 Victor Osimhen has officially become Nigeria’s most expensive player after completing a big-money move from Lille to Napoli.

The Serie A side announced the signing in a statement via its website and Twitter page on Friday, saying: ‘SSC Napoli are delighted to announce the signing of Victor Osimhen from Lille on a permanent transfer.’

The big-money move also makes Osimhen the most expensive signing in Napoli’s history, a record that was set last summer by Hirving Lozano when he signed from PSV Eindhoven for €38m plus bonuses.

He is also expected to be handed the No.9 jersey and will be presented to the media in Naples after his summer vacation.

A delighted Osimhen wrote on Twitter: ‘Can’t wait to put on this iconic jersey,thank you for the warm welcome.’