Billionaire lottery businessman and chairman of Premier Lotto, Sir Kessington Adebutu, is bereaved as he has lost one of his wives, Rosemary Dacosta Kesington-Adebutu. 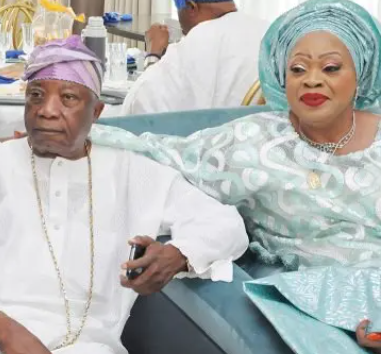 Mrs. Adebutu died today January 9 after a brief illness. Details about her death are still sketchy however family sources claim she was hale and hearty until this weekend when she came down with a mild ailment. She was taken to the St. Nicholas Hospital, Lagos where she was confirmed dead.

May her soul rest in peace, Amen

I don’t sleep with men as Singer Temmie Ovwasa reconfirms her being a Lesbian.