Woman attacked while jogging on the Lekki-Ikoyi link bridge

People have been advised to be careful when jogging on the Lekki-Ikoyi link bridge as joggers are now getting attacked.

A woman was attacked while jogging early on Monday morning, Jan 18.

The woman named Sike was left with a bruised face, broken finger, and a gash on her thigh.

Her sister said she was mugged and rough-handled. 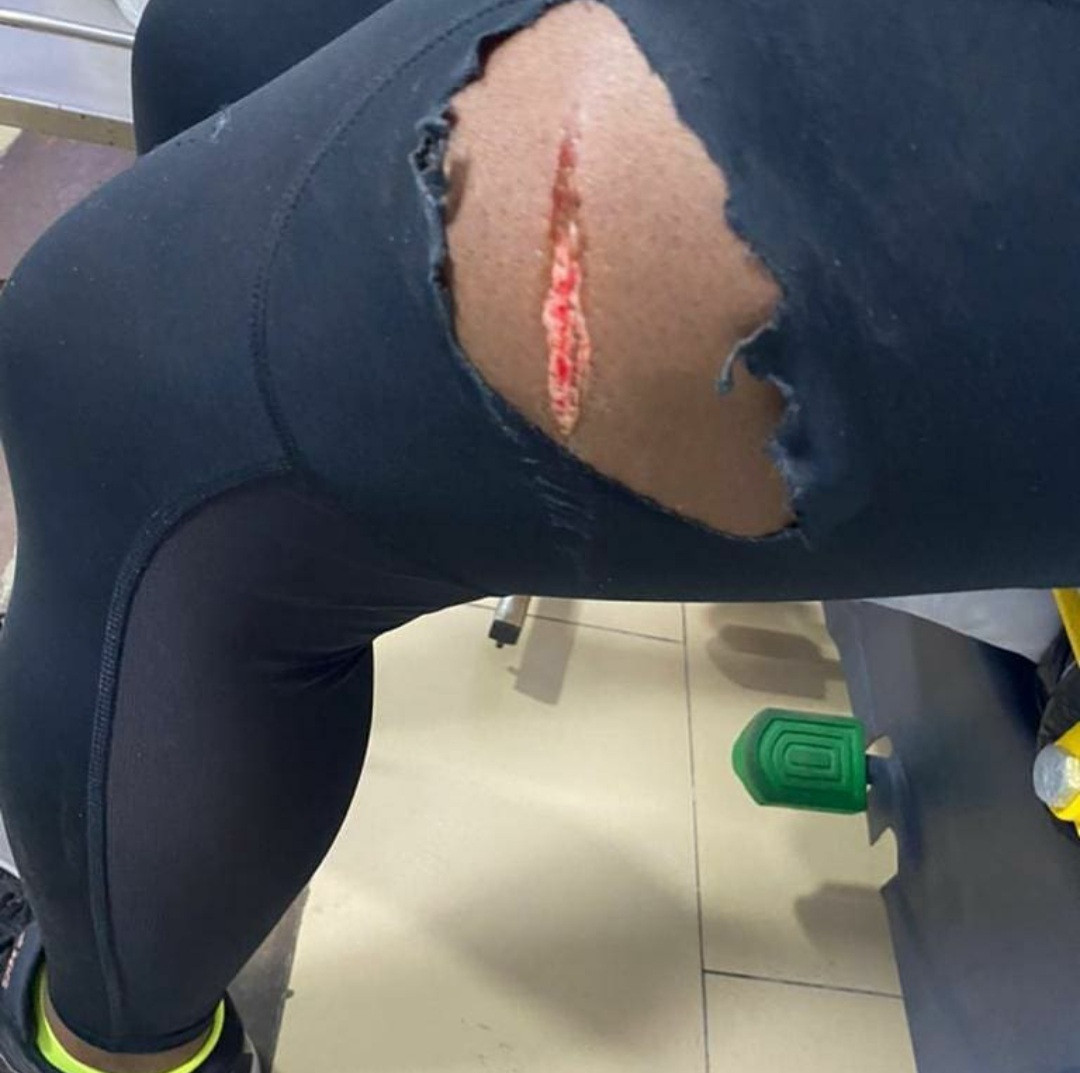 Unfortunately, as the attack was taking place, people passed by and no one intervened.

Joggers have been advised to wait till it’s brighter before they jog around the area. 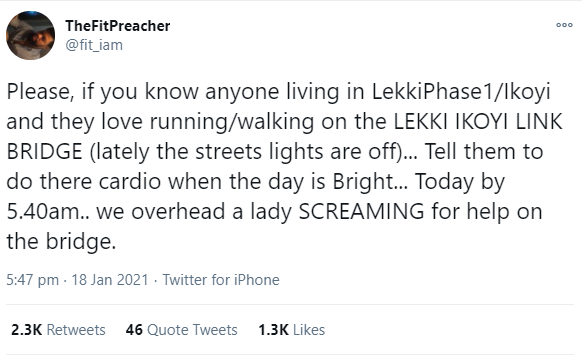 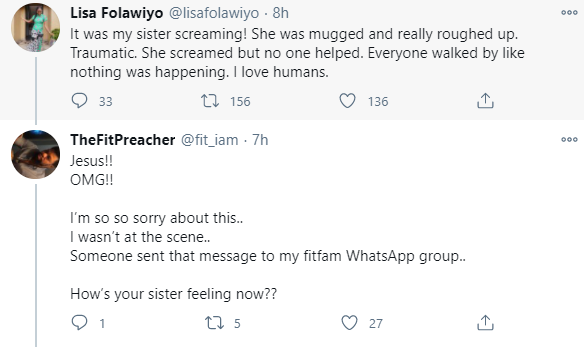 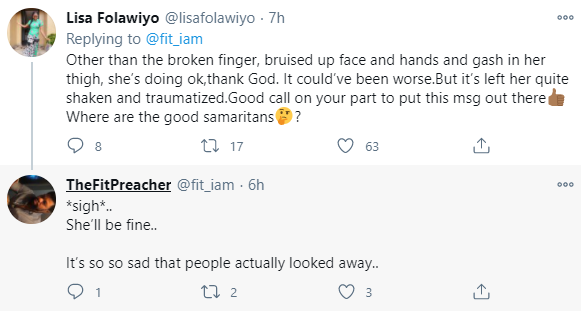