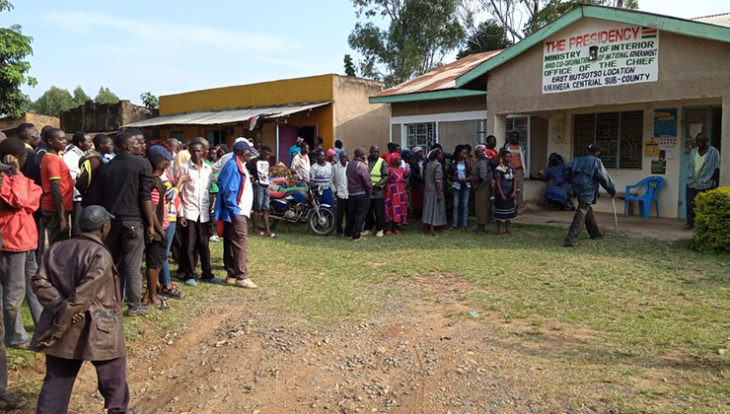 A 55-year-old Kenyan woman identified as Jane Omwaga underwent cleansing rituals on Tuesday July 7, after being caught engaging in sexual intercourse with a 52-year-old pastor, Moses Olutatwa on Monday July 6 in her matrimonial home at Elukho Village in Lurambi Constituency, Kakamega County.

The lady was caught in the act after her husband, Josephat Omwaga who works as a security guard at a local market returned home unannounced.

It was gathered that the paramour who is a Pastor at Solid Rock for Jesus Christ Church in Lurambi (where Jane fellowships) fled from the scene, leaving behind his motorcycle and some of his clothes.

The mother of three who explained why she got intimate with her pastor, accused her husband of not fulfilling his sexual and financial obligations.

“The pastor came to my home at 5am and knocked on my door, I let him in. We storied for some time and, thereafter, got in bed. We got intimate, and while at it, I heard my husband knocking on the door. The pastor and I hopped out of bed. I, thereafter, opened the backdoor for him (Olutatwa) to escape. However, my husband managed to open the main door and got in before the pastor could get far. However, my lover managed to pass through a barbed wire fence as my husband chased him with a panga in his hands.

“The pastor had seduced me recently. He said he wanted me, both emotionally and sexually. And, because he had shown that he had my interest at heart — by offering me financial and emotional support — I decided to allow him have sex with me. It was the first time he and I were getting intimate. My husband’s constant insecurity — that I was cheating on him — also pushed me to actually do it.”

Omwaga on his own part, said he won’t forgive his wife of 20 years for cheating on him. He said;

“Had I busted my wife having sex with the pastor in a sugarcane plantation or maize plantation, I would have forgiven her. However, she chose to disrespect me by bringing another man to our matrimonial bed, that is the highest level of disrespect, and I won’t tolerate it. I have made it clear to my spouse that I am divorcing her, and I would, thereafter, sell the parcel of land where our matrimonial home seats on, and relocate elsewhere.”

Before returning to her parents’ home in Khwisero Constituency, Kakamega County, Jane and Moses Olutatwa were asked to produce one cow each.

Jackson Makale, a Luhya elder told K24 Digital that the act of offering a cow each, would shield the wrongdoers’ families against misfortunes such as mysterious ailments or even deaths.

Area chief, Alex Mutende also condemned the incident and further revealed that the police has launched investigations into the ”shameful incident.” 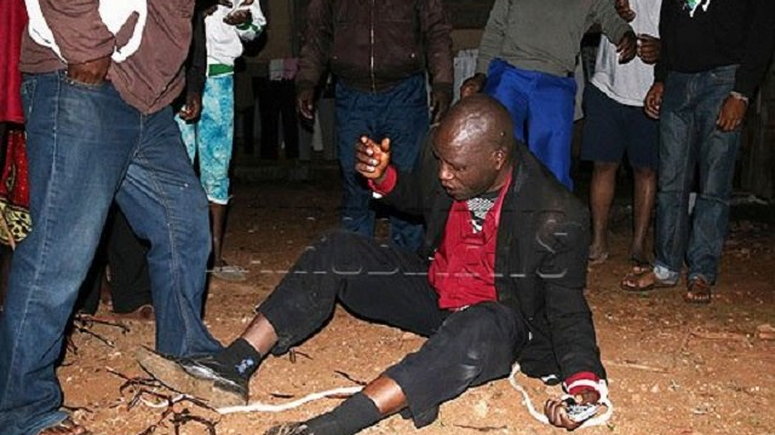