A Twitter user took to the microblogging platform to beg everyone to begin calling her Bolt driver’s number.

She said he ended the trip of his own accord not long after the journey started, then when she tried to exit the car, he dragged her back in and refused to let her leave.

She added that she is afraid for her life.

She later shared an update from a restaurant to assure everyone that she’s OK.

She claims she had to jump out of the car to escape.

In tears, she explained that she’s now waiting for her dad’s driver to come pick her. 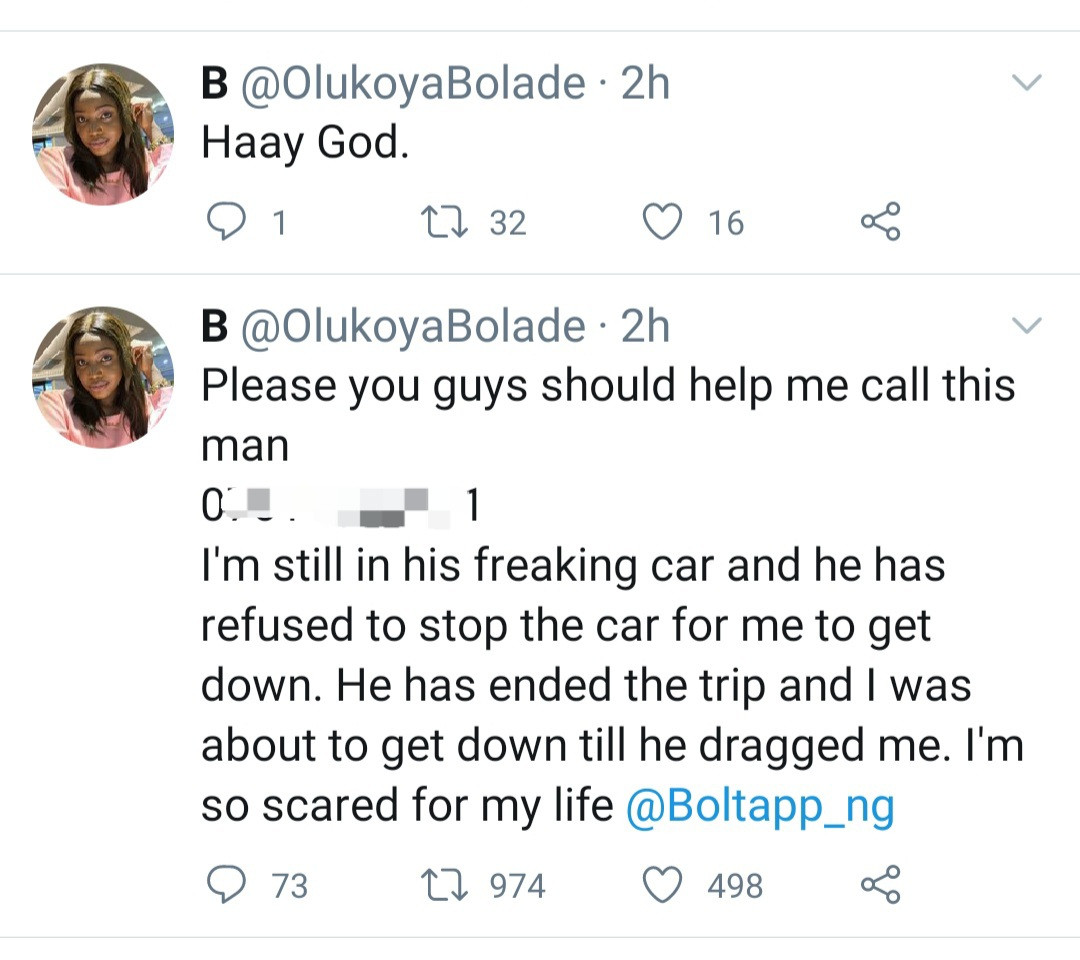 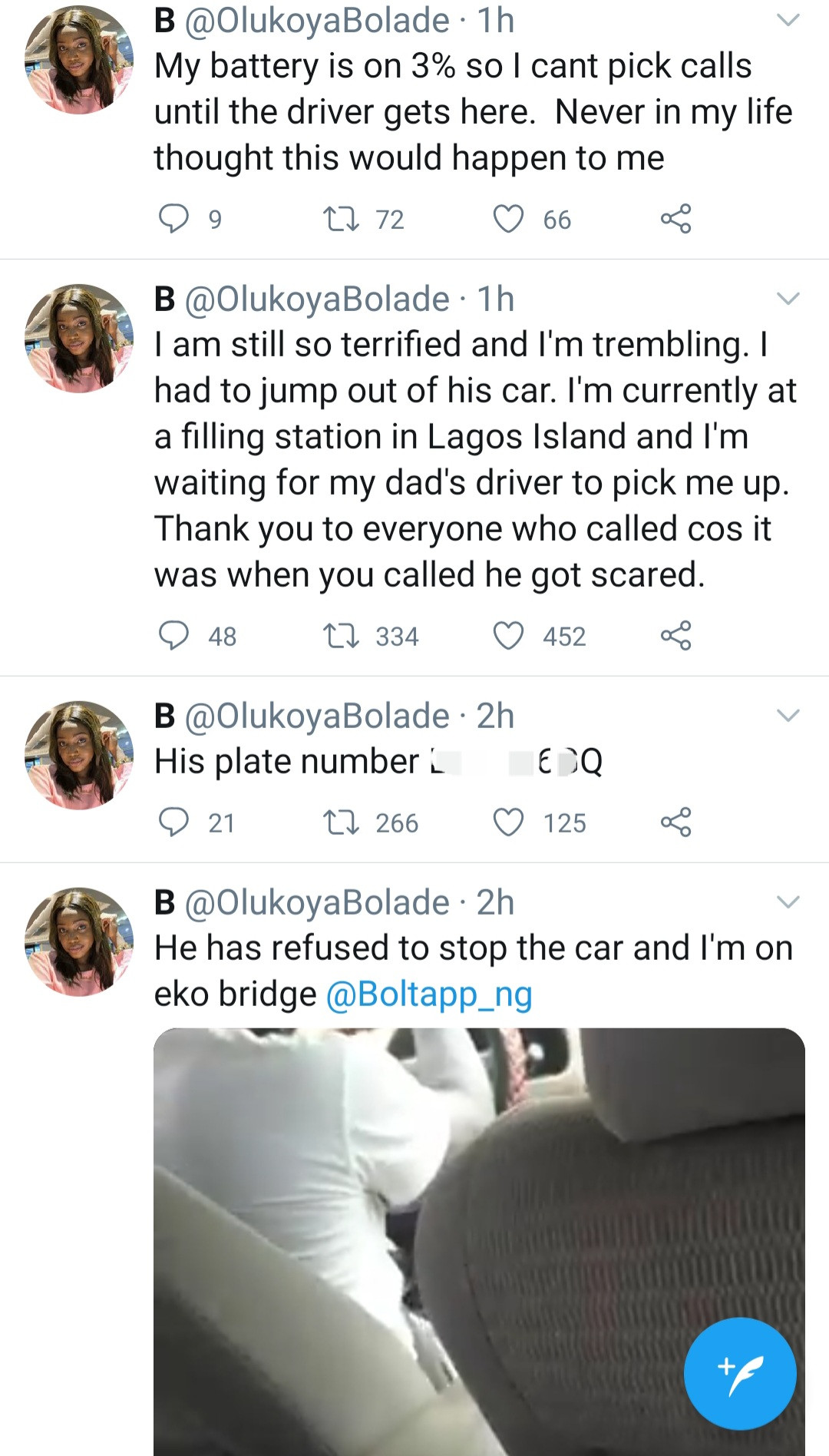 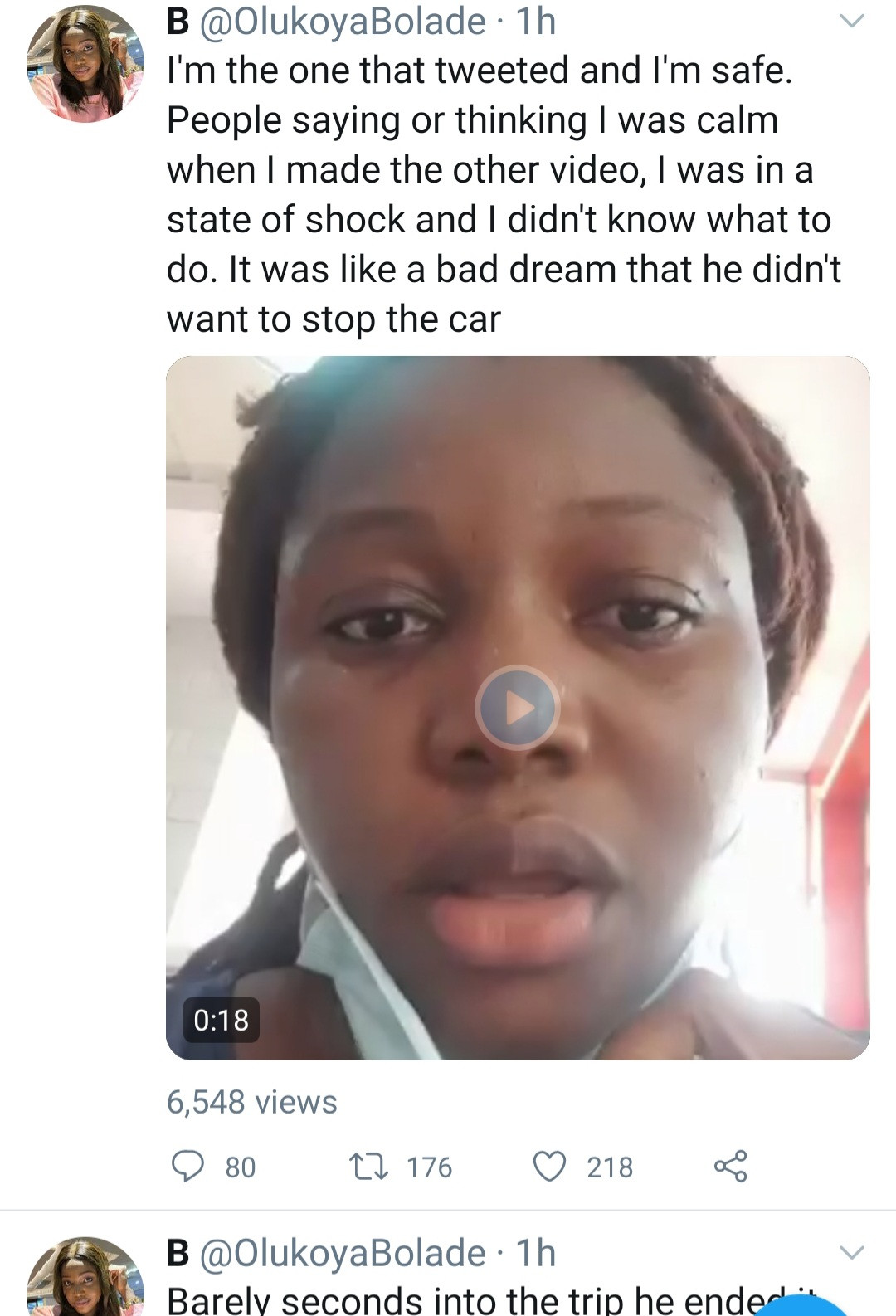 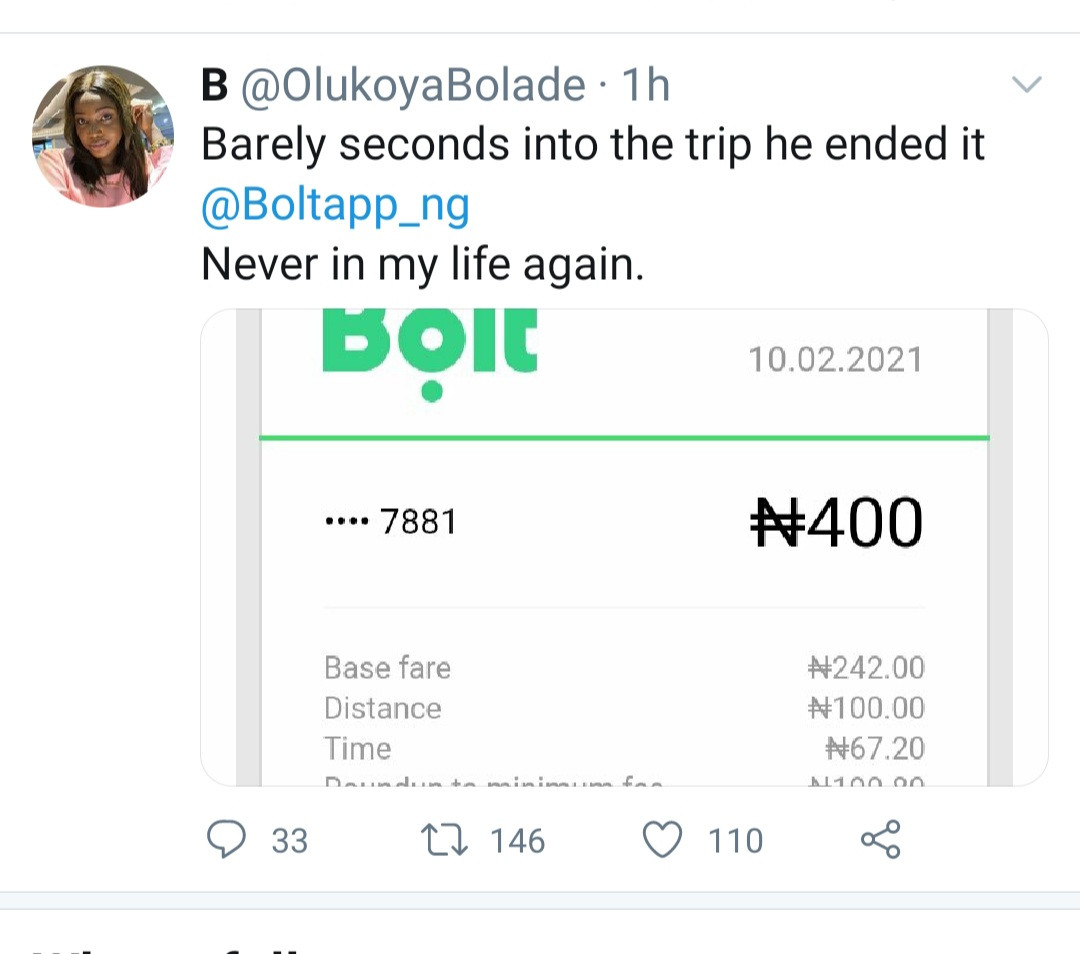 Child model and pal, both 12, die falling from tower block after being ‘brainwashed by Harry Potter-themed death group’