The Lagos State Government has disclosed that the experience gained and lessons learnt, during the outbreak of Ebola and COVID-19 pandemic (first-wave) in the State, had prepared the present administration for the second wave of the disease, just as it also unveiled plans to deploy more technology to critical sectors to improve productivity and wellbeing of residents.

The Honourable Commissioner for Health, Prof. Akin Abayomi and Commissioner for Economic Planning and Budget, Mr. Sam Egube, spoke about these issues on Wednesday, during a joint appearance on a TVC News programme titled: “Business Nigeria”.

Prof. Abayomi said the Y2021 budgetary allocation to the health sector was increased to address the challenges posed by the epidemic and other issues, stressing that the amount estimated for the sector was a significant improvement when compared to the allocation for the previous year.

He added that challenges of the second wave and community spread of the COVID-19 still remain a major hindrance to the present administration’s health sector objectives, noting that Lagos has the highest incidence of Coronavirus cases in Nigeria despite the increased level of sensitisation to educate residents on complying with safety protocols such as wearing face masks and physical distancing.

While decrying the flagrant disregard for all safety rules and regulations by a majority of Lagosians, the Commissioner averred that the high number of recorded cases is creating additional pressure on healthcare facilities in Lagos.

Speaking on the government’s resolve to ensure that the residents of Lagos have equal access to an enhanced healthcare delivery system, Abayomi urged citizens to take advantage of the benefits offered, through the Lagos State Health Insurance Scheme (LASHMA), by subscribing to the initiative.

On his part, the Commissioner for Economic Planning and Budget, Mr. Sam Egube, said the spending plan for Y2020 turned out well, as the year closed with a budget performance rate of 88%, stressing that the Y2021 Budget focusses on Human Capital, Education and Health sector in line with Governor Babajide Sanwo-Olu-led administration’s vision of building a 21stCentury Economy as encapsulated in the T.H.E.M.E.S development agenda

He averred that technology expenditure in this year’s budget witnessed an increased allocation as the government is investing heavily on infrastructure which will cover about 3000-kilometres in form of a broadband ring around the State, as part of efforts to achieve the smart-city initiative of the present administration.

The Commissioner said, “In the 2021 Budget, technology allocation has increased dramatically due to the broadband infrastructure that includes the laying of 3000-kilometres broadband around Lagos. In addition, we are putting up a smart city initiative for security because if the people are healthy and educated but feel unsafe, then they will still be unproductive”.

Egube explained that the broadband security infrastructure would allow the government to install 2000 intelligent cameras having facial and number plate recognition, which will be monitored at a command centre for enhanced security in Lagos, adding that this initiative will also be extended to the health sector through the digitisation of medical records and access to medical care on the State’s telemedicine platform. 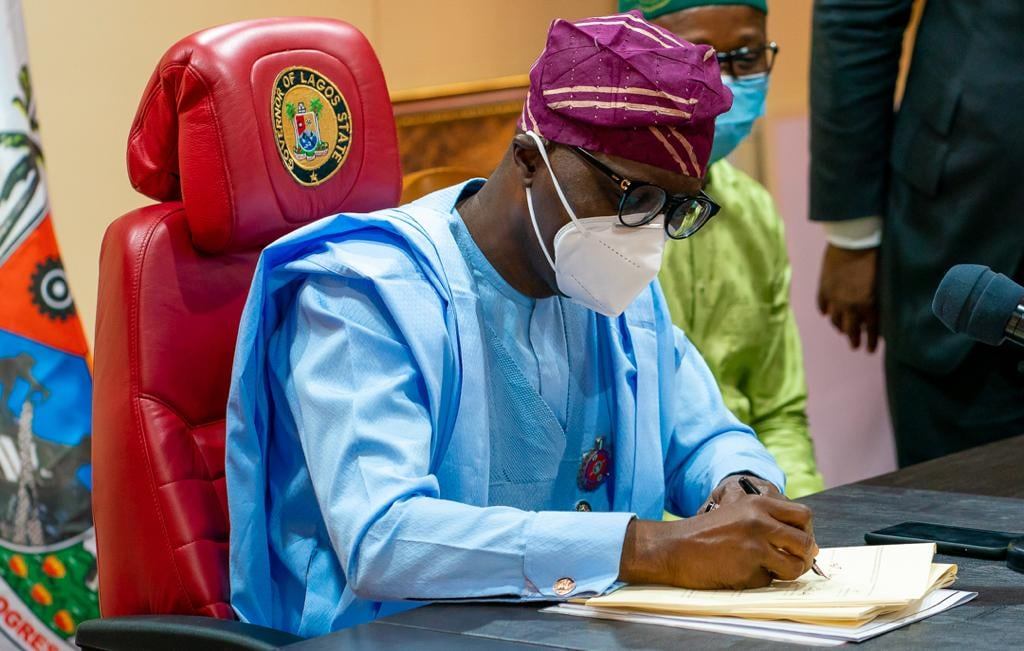 Why You Should Never Settle For A Relationship Without Oral Sex