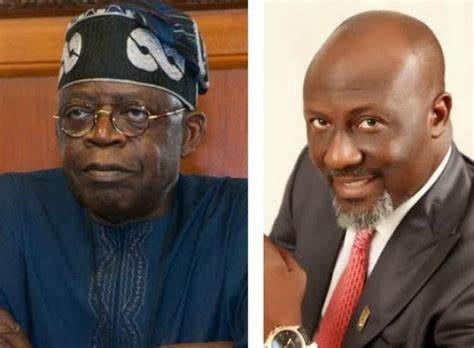 Recall that Keyamo who is also the spokesperson of the Tinubu campaign organisation had recently claimed Atiku does not have the experience to lead Nigeria and that the Labour Party presidential candidate Peter Obi is even way ahead of him in the race for the country’s number one seat.

However in an interview on Channels, Dino stated that APC party will find it hard to sell its presidential candidate Tinubu because one can’t campaign for him without “looking stupid”.

“This government marketed Atiku by their colossal failure. Today, the most difficult candidate to sell is an APC candidate whether, at the House of Representatives, Senate, or governorship level.

“That is why you cannot defend, promote or campaign for Bola Ahmed Tinubu without looking stupid. This is what happened to my brother and friend, Festus Keyamo, he started talking off point. He started saying things that do not make sense.”

First photos and videos from the church wedding of Gospel artiste, Mercy Chinwo and Pastor Blessed