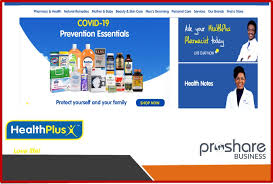 On September 25, a press release appearing to be from the Board of HealthPlus, one of West Africa’s largest integrated pharmacy chains, stated that the company no longer needed the services of its Founder, Bukky George, as CEO.

The decision to terminate George’s appointment came with the announcement of an interim leader: Chidi Okoro.

A renowned pharmacist and management executive, Okoro is to assume the role of Chief Transformation Officer. Akin to a CEO’s role, Okoro will optimise day-to-day management, help the business scale, and attain profitability.

It was signed off by Afsane Jetha and Zachary Fond, Managing Partner & CEO, and Director of Alta Semper Capital, respectively.

From investment and partnership to a power struggle

The following year, it made deals with HealthPlus and Moroccan oncology and radiology clinic, Oncologie et Radiologie du Maroc (ODM).

The investment in HealthPlus was $18 million.

Founded in 1999 by George, HealthPlus has grown to over 90 retail outlets while employing over 850 people including more than 150 pharmacists. In Nigeria, the company claims to be present across 11 of the country’s 36 states.

It is also known to operate branches in strategically-located residential areas, airports, and shopping malls.

However, the influx of cash is said to have given the PE firm a majority stake of the company, which is one of the reasons for the troubles facing the company at the moment.

In a statement outlining reasons for George’s termination, the board, which seems to be headed by Alta Semper, stated that since the COVID pandemic began it tried exploring ways to grow HealthPlus with her, but there was little or no progress. So they had to change the leadership.

However, the management team of HealthPlus came out to debunk these claims the following day.

“We wish to inform the general public, the Pharmacists Council of Nigeria, our staff, loyal customers, vendors, landlords, bankers and all stakeholders that the press release was not authorised by the Company or anybody acting on its behalf. And that the announcement of the appointment of a CTO is wholly false, wrongful and illegal and should be totally ignored.

It is the handiwork of unscrupulous foreign and local businesswomen and businessmen intent on reaping where they have not sown simply because they now see opportunities from the COVID-19 pandemic, like scavengers and vultures,” it read.

According to the management, the five-year investment deal had the PE firm scheduled to exit the company in 2023.

But the PE firm has been accused of not keeping its end of the deal by withholding funds, resulting in the company’s slow growth. In return, George might have reneged on the company’s decision to give the firm a majority stake.

HealthPlus claims this led to the firm’s hostile takeover attempt.

The company initially tried to avoid this as George, who is an Endeavor Nigeria entrepreneur, took legal action against HealthPlus Africa Holdings Limited in May 2020. The holding company is allegedly an investment vehicle used by Alta Semper Capital to run HealthPlus Limited.

A necessary course of action or a deal gone bad?

According to the statement, the petition tabled at the federal high court [Suit No. FHC/L/CS/609/2020] was to stop the holding company from “the deliberate delay and withholding of funds; meddling with management, interference with the functions of key employees; abuse of corporate governance processes and now the attempt to remove her as CEO.”

Though the court ordered the holding company to desist from these activities pending the final determination of the case, HealthPlus claims it has not done so.

However, all demands by George and her management team to get Alta Semper to halt its coup seems to be falling on deaf ears.

Yesterday, the UK-based firm went ahead to publish the news of Chidi Okoro as Chief Transformation Officer on its website. Also, recent reports from The Cable claim Alta Semper has begun plans to take over the company’s bank accounts and offices in Nigeria.

No one saw this coming, and it remains developing news.

In 2018, when HealthPlus sealed the investment and partnership with Alta Semper, George was quoted as saying,

“We believe Alta Semper is the right partner for our next stage of growth. Alta Semper’s focus on the healthcare sector, as well as its ability to invest patient and flexible capital, will allow us to grow strategically across Nigeria. We believe we have found a partner who can help us achieve this goal over the coming years.”

Jetha, on the other hand, said Alta Semper was excited about the partnership and was looking forward to working closely with George and her team to further unlock HealthPlus’ growth potential.

Two years down the line, the tables have turned completely.

The details of the $18m investment remain vague at this time but if Alta Semper is indeed the company’s majority shareholder, one would think it is within the firm’s right to take this course of action. The ousting of Steve Jobs and Travis Kalanick as CEO of Apple and Uber, respectively, comes to mind.

But if that’s not the case, then this is a classic example of a deal gone bad.