21 celebrities who own private jets

With an increased focus on environmentalism in Hollywood, owning a private jet has gone from being a status symbol to being something celebrities get shamed for. While no one expects to be sitting next to A-listers in economy on a flight, there’s still the hope that those with millions to spend aren’t indulging on short flights across town. That said, at least a few celebrities own private jets that they use to varying degrees. 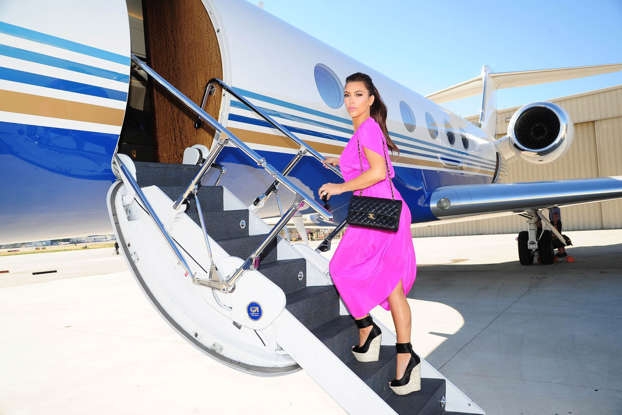 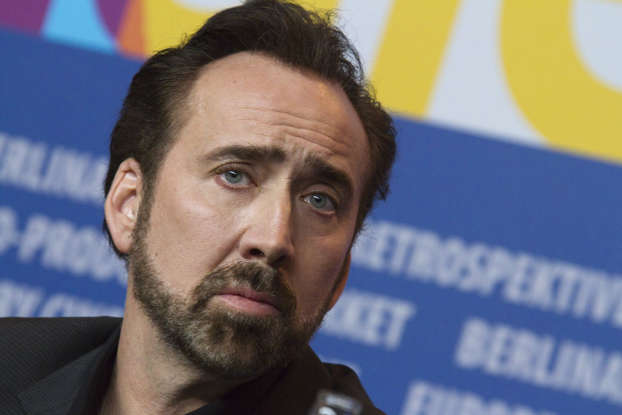 Academy Award winner Nicolas Cage has a long filmography on his resumé, which has taken him around the world, and thanks to his US$30-million Gulfstream G550, he can travel in peace. The luxury aircraft is even equipped with Rolls-Royce 710 turbofan engines, a kitchen, minibar, and conference room. 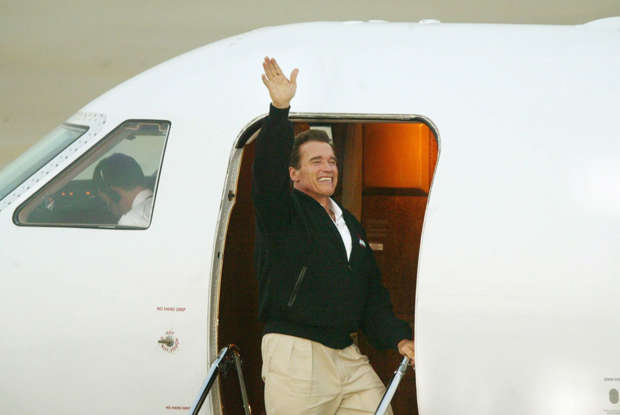 Bodybuilder, movie star, governor, and private jet owner—Arnold has really done it all. The Hollywood legend’s jet of choice is a Gulfstream III that cost him around US$35 million and was used to travel between Los Angeles and Sacramento when he was working as Governor of California. 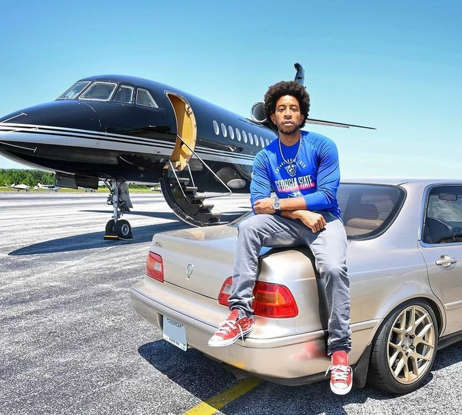 While he mostly produces now, Ludacris was once one of the most in-demand rappers on the planet, so it’s no surprise that he flexed some of his wealth with a US$20-million Hawker 700 private jet. In fact, the jet was a gift for himself as a way of celebrating his honorary degree from Georgia State University. 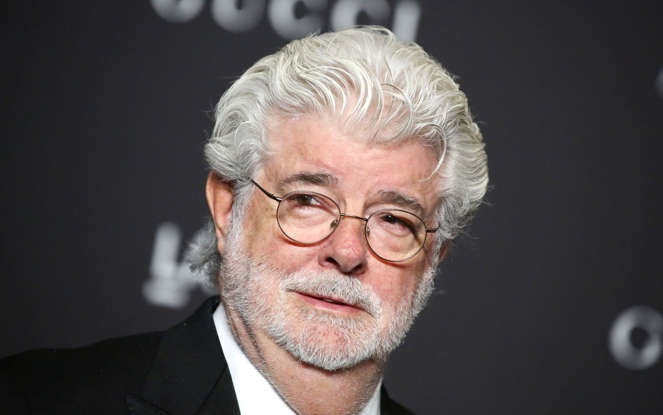 Unfortunately, the Millennium Falcon isn’t available in the real world so Star Wars creator George Lucas must instead settle for a dark red US$61-million Gulfstream G550 that can seat as many as 19 people. 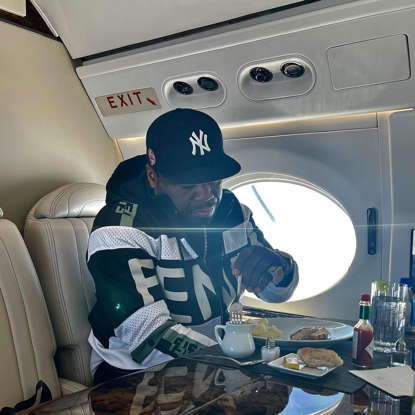 As someone who has always loved to one-up others, it should be expected that rapper 50 Cent went out of his way to get two private jets, including a Cessna 510. Seating eight people and featuring a leather interior, it’s a luxury ride for the iconic rapper and makes for some excellent Instagram content. 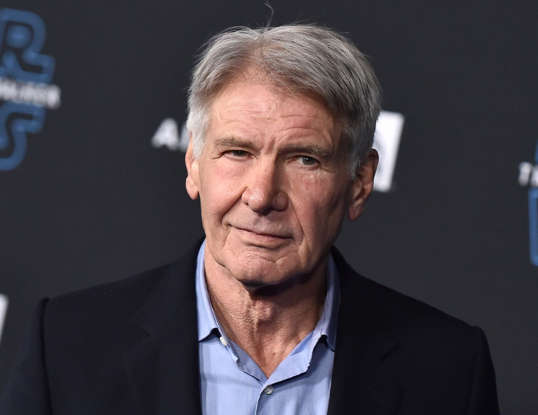 As an accomplished pilot with several millions to his name, Harrison Ford has purchased himself a few aircrafts including helicopters, stunt planes, and his Cessna Citation Sovereign 680. Having played one of the most famous pilots in cinema history, it seems appropriate that the Academy Award-nominated actor can maneuver a jet himself. 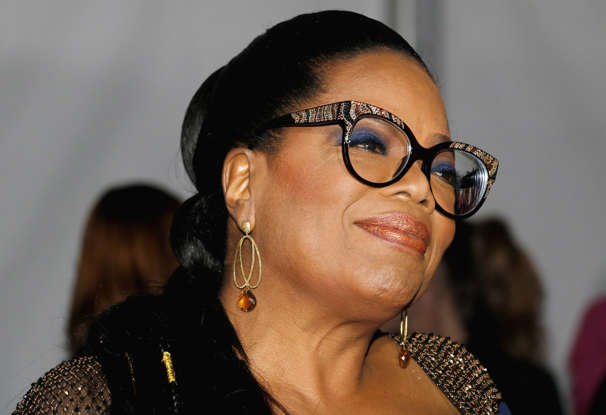 With a net worth of over US$2.5 billion, Oprah Winfrey has earned herself some spending money, including enough to invest US$75 million on a Gulfstream G650. Over US$10 million worth of amenities have been added, including a full bathroom with a shower and bath, a dining area, and seats that can convert into beds. 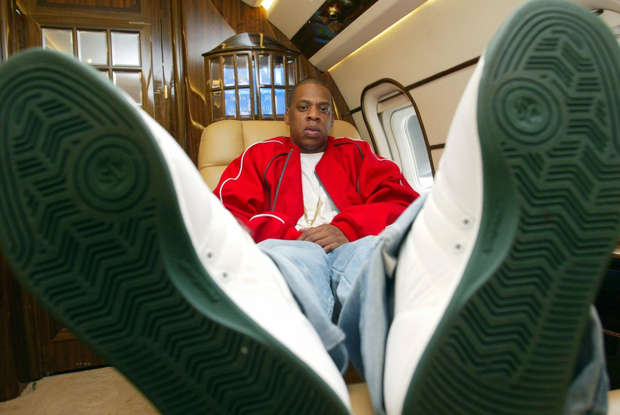 Jay-Z and his wife Beyoncé are the owners of a US$40-million Bombardier Challenger 850 called S. Carter, named after Jay-Z’s real name (Shawn Carter). The jet was apparently a Father’s Day gift that Beyoncé bought her husband, which shows just how much money these two icons have. 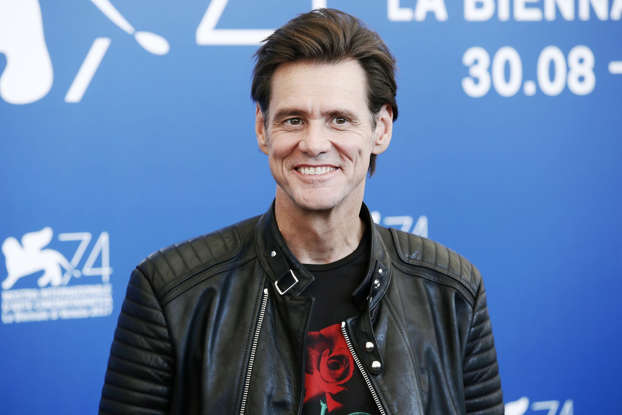 Legendary comedian Jim Carrey is the owner of a US$59-million Gulfstream-V, considered to be one of the highest-performing private jets available, with only about 100 in existence. The plane seats about 16 people and can be rented out for US$8,000 an hour. 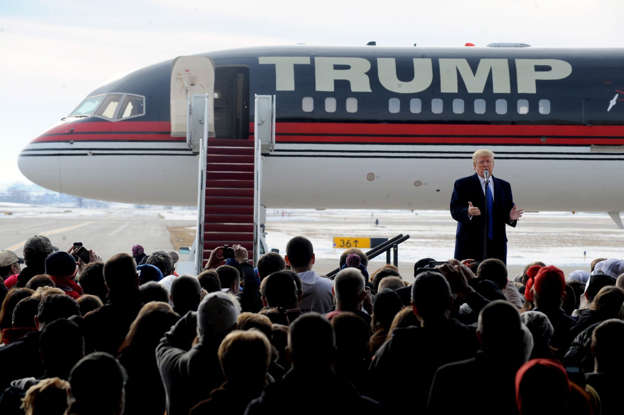 Dubbed “Trump Force One,” this US$100-million Boeing 757 comes with 24-karat gold-plated accents and its own movie studio inside. It’s no secret that the former president loves to line his possessions with gold as a way of flaunting his wealth, and apparently that includes jets. 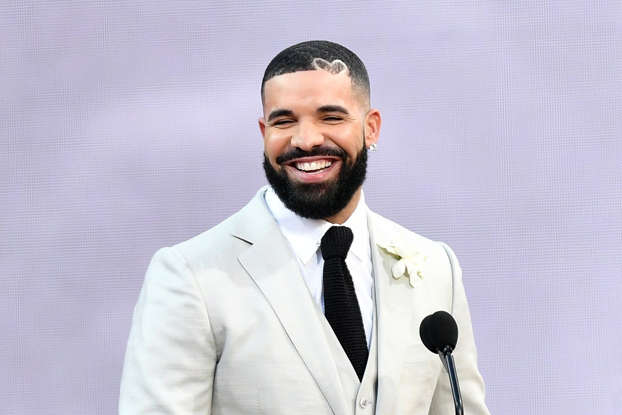 You don’t become one of the most successful rappers of all time and not flaunt your cash a little bit. In Drake’s case, it’s with a Boeing 767-300F that likely cost him US$242 million in total after personalization. The size of “Air Drake” means a cross-country trip costs well over US$21,600 in gas, though he’s especially gotten in trouble for shorter flights. 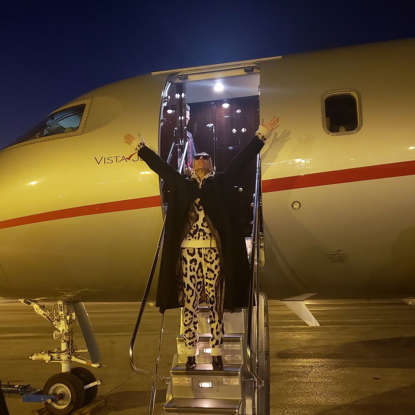 The Canadian singer owns a Bombardier BD 700 that is equipped with multiple bathrooms, its own kitchen, and a printer and fax machine for when business needs to be conducted thousands of feet in the air. Dion primarily uses the aircraft, valued at US$42 million, for longer international flights and travelling between cities while on tour. 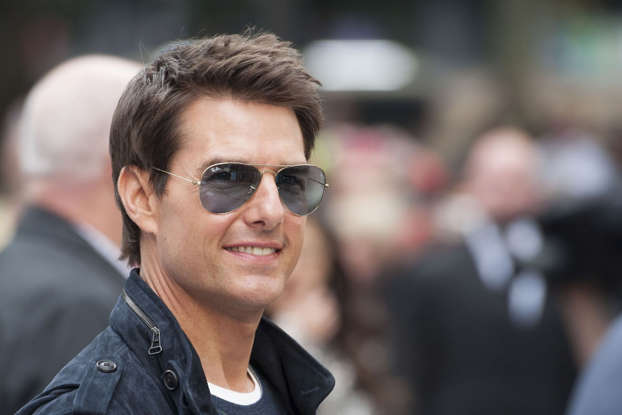 While he may have played an aircraft pilot in a number of films and has his pilot’s licence, Tom Cruise usually leaves the flying to others when it comes to his 1998 Gulfstream IV. The US$36-million jet is just one piece of the Hollywood star’s impressive collection of luxury vehicles. 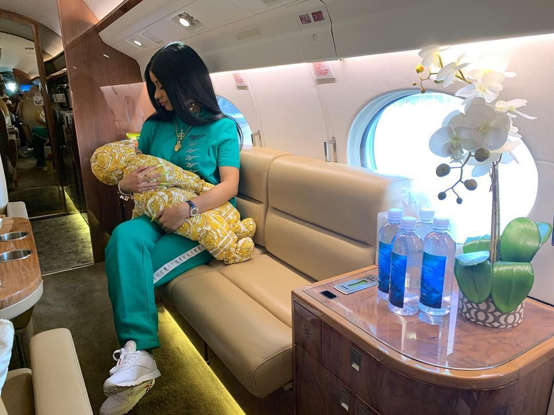 While rapper Cardi B is the owner of a US$20-million Bombardier private jet, she has said that she’ll still fly commercial to save money if she isn’t travelling with more than three people. While airports can be stressful, the chance of meeting Cardi B at one is sure to make the experience a bit more fun for many travellers. 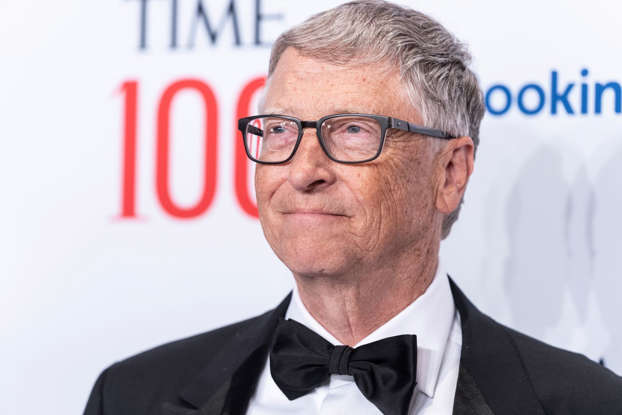 It should come as no surprise that one of the richest men ever owns a private jet, and in fact, he owns several. The most notable of Gates’ collection is likely not one, but two US$70-million Gulfstream 650ERs, one of the fastest jets available travelling at Mach 0.925. 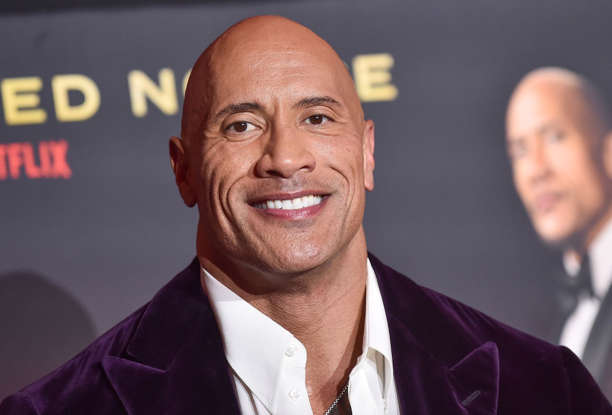 As one of the most successful movie stars of the past few decades, it’s no surprise that Dwayne “The Rock” Johnson has a jet to call his own. The US$65-million Gulfstream G650 caters to most of his travel needs and usually comes with two flight attendants taking care of Johnson and his guests. 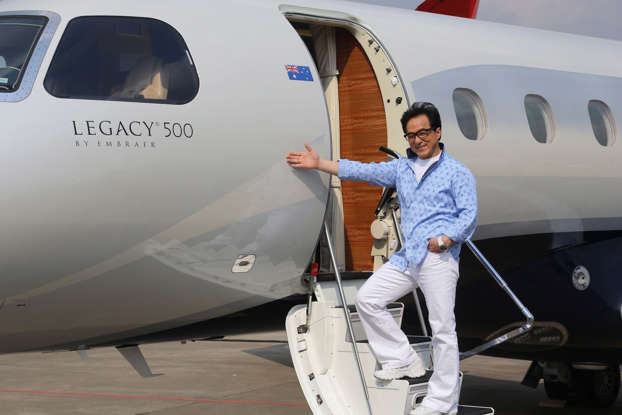 This iconic actor owns not just one private jet, but two of them: an Embraer Legacy 650 and a 500. The two planes cost him a combined US$50 million, with the 500 handling short trips and the 650 being used for international flights. With two luxury options, Jackie Chan always arrives in style. 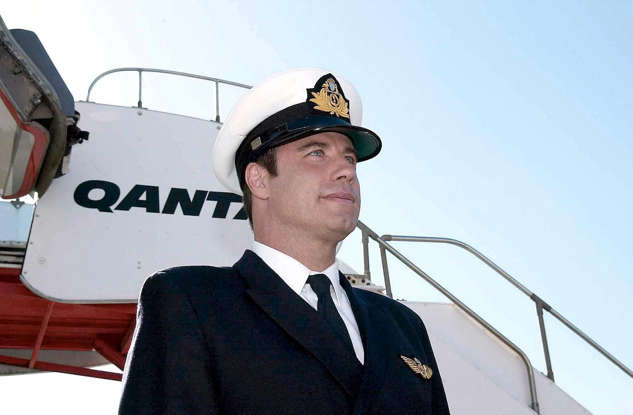 John Travolta is unique among celebrity jet owners, as it’s not certain how many he even has—at least seven planes. What’s more impressive is the longtime actor keeps them stored at his Florida mansion rather than at an airport. The collection includes a Boeing 707, an Eclipse 500, and a Bombardier Challenger 601, among others 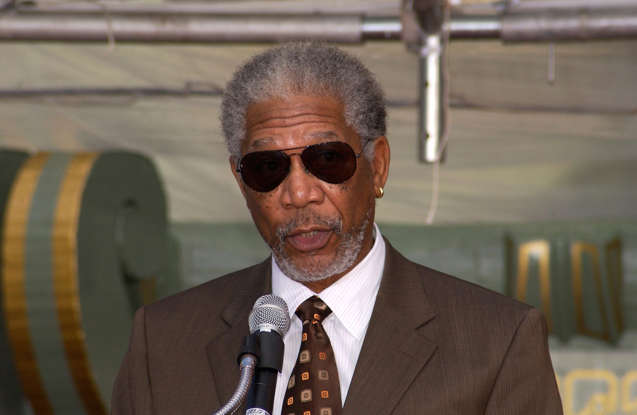 Academy Award-winning actor Morgan Freeman not only owns a US$7.5-million SyberJet SJ30, but he also has his pilot’s licence, meaning he may even be the one flying it on some occasions, although not the time he made an emergency landing. When you play God in movies as much as he did, sometimes miracles are on your side.

Working while traveling can be a real grind. Unless you’re Yeezy.

Kim Kardashian posted then on her Instagram story to take all her followers on a tour of her husband Kanye West’s gigantic private jet, which they dubbed the “Yeezy floating office.”

“No big deal just taking a private 747 this is how [Kanye] does it now. Only 747s. Private. I’ve never even heard of this but whatever,

The plush, double-decker Boeing 747 can actually seat up to 660 when used for a commercial flight, but for Kanye, all that space is for his luxury double-bed suite, marble bathroom, lounge area (or chill room as Kardashian says in the video), guest rooms, dining area, cushy seats, and other areas to really spread out.

Kardashian mentioned that the plane was given to West by “Team Adidas” for his Yeezy brand. The couple was boarding for a long flight, though Kardashian did not mention to where, and she also decided to take her personal trainer, Melissa Alcantara, along on the trip so they could “work out” on the plane. Kardashian posted some clips of her training session, which included lunges up and down the massive aircraft’s aisles.

It’s worth noting that Air Force One is also a Boeing 747. Not to make any assumptions about Kanye West and 2020, but it definitely gives you a sense that West only wants the best of the best when it comes to traveling.

The giant jet is certainly an extra level of luxury, even for a celebrity, but we really shouldn’t expect any different from the Kardashian-West family. Even the family camping trip to Wyoming back in May was a rather lush experience to see.