Days later, a total of 24 passengers from that bus were ill.

A new study out Tuesday in JAMA Internal Medicine shows how that one initial illness likely spread out to a third of the bus, in a round trip journey that took place more than 570 miles east of Wuhan, and lasted just an hour and 40 minutes.

It’s another clear warning that being inside poorly-ventilated spaces with the coronavirus, even at a “safe” distance of 6 feet away from seemingly healthy people harboring the virus, is a bad idea, especially when no one is wearing a mask. 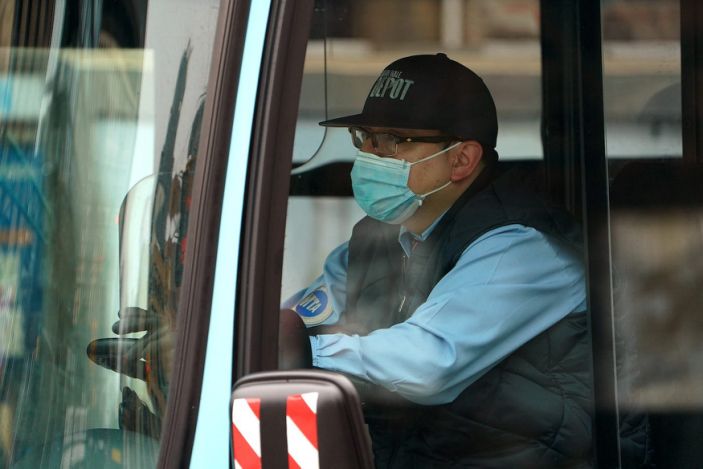 “This is certainly concerning,” Scott Weisenberg, the medical director of travel medicine at NYU Langone, and an infectious disease physician, told Insider, after taking a look at the study.

“In the right setting, the six foot rule does not protect you against getting SARS-CoV-2 [the novel coronavirus].”

From one infection to 23 more

The infected person who boarded the bus that fateful day wasn’t showing symptoms, just yet. The person had, however, been at a dinner just two nights previously with four people who’d recently traveled from Hubei province, where the virus was spreading fast.

The superspreader went on to develop worrying symptoms just hours after returning home from the bus rides, with a cough, chills, and aches and pains. (Those critical hours right before a person starts feeling sick are often when people are most contagious with the coronavirus.)

Days later, the individual (along with their spouse and child) tested positive for the virus. Many of their peers on the bus did too.

They were all traveling to an outdoor worship event at a Buddhist temple, where the risk of transmission would be considerably lower outside, with natural circulation of the air. The travelers were journeying alongside another bus, filled with a similar number of worshippers. None of the 60 individuals on the second bus got sick. It made for a near-perfect experiment to show how the virus spread, likely with the help of the bus’s air recirculation system, blowing the infected person’s virus around to others for a total of 100 minutes.

“Airborne transmission is important,” Renyi Zhang, a professor of atmospheric sciences and chemistry at Texas A&M, who studies the impact of aerosols on human health, told Insider, after taking a glance at the study. “Social distancing alone doesn’t work.”

On the first bus, sitting near the infected person didn’t seem to matter most when it came to getting sick. For example, the person sitting right next to the infected individual (noted in red on the diagram below) didn’t test positive for the virus, but some people sitting as far as seven rows away developed moderate infections (noted by their pink boxes.)

“It’s interesting that, in this really high risk environment where all these people are getting infected, you still have a lot of people who didn’t get infected, which probably says something important about individual risk,” Wisenberg said. “Not everybody gets it who is in the same area.”

Very few people sitting near the windows (labeled in green) on that sunny, crisp day (when temperatures fluctuated from the mid-30s to 50 degrees Fahrenheit) got sick.

Things probably would have gone differently on the bus, if people had been wearing masks.

“If the index case had been wearing a mask, that would be the most effective, because that would be source control over the person who’s spreading it,” Weisenberg said.

Recent studies have suggested that masks may not only prevent a sick person’s infection from seeding to others, but might also help protect other people from getting severely ill, by limiting the amount of virus they’re exposed to in the first place. Zhang said it’s possible (though not yet proven) that your mask could “prevent the virus from getting into your lungs when you take a breath.”

“If all the other individuals were wearing masks, I think that the data now would suggest that they probably would’ve had a lower chance of getting infected,” Weisenberg added. “And amongst those people who got infected, they may have had less severe disease from wearing a mask.”

Weisenberg said the study’s findings should be treated with caution, not panic

This study isn’t the first to suggest that recirculated air can be dangerous, or that the coronavirus can likely spread further than six feet through the air indoors.

A similar study of people who had lunch at a restaurant with another presymptomatic, infected person in Guangzhou, China in late January also showed how the restaurant’s ventilation system likely blew the virus around.

Even on airplanes, enclosed spaces where the air is very well purified, and people now wear masks, the risk of getting infected is not zero. One recent CDC study showed how a single person on a flight carrying more than 290 passengers from Italy to South Korea in late March likely got sick from one of six asymptomatic carriers on the plane.

“You can never tell when somebody is presymptomatic or asymptomatic and may be spreading,” Weisenberg said.

But he cautioned that this study shouldn’t necessarily be a reason for bus riders and public transportation users in the US to panic.

“I would hope that the air circulation in US buses would be better,” he said.

Even if not, opening a window always helps.

The MTA in New York City did not immediately respond to a request for comment for this story on how air circulation works on its buses (on the subways, the air’s pretty impressively fresh). But there is already some anecdotal evidence that its buses are rather safe, especially because everybody on board is now required to wear a mask.

“People have been crowding onto the free buses [in New York] without a lot of social distancing for more than two or three months now, and we haven’t seen big outbreaks,” Weisenberg said.

Andy Murray buoyed by support in US Open stands during first-round comeback win.