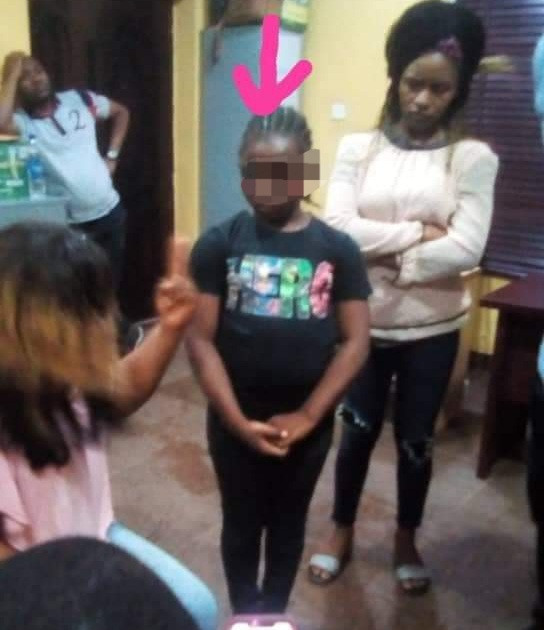 A 9-year-old girl has been identified as the person seen in CCTV footage setting Ebeano supermarket on fire.

Earlier today, July 26, footage of a girl starting a fire in the gas cylinder section of Ebeano supermarket emerged.

The girl who started the fire has now been identified and taken in for questioning.

Footage of her being questioned for causing damage to goods worth 5 billion Naira has emerged.

When asked who took her to the store, she said she was there with her mum but couldn’t give a cogent reason for setting fire to the store.