Fr. Francis Ighorurhie, a Missionary of St. Paul (MSP) from Warri, Delta State, was until his death the Parish Priest of St. Joseph Catholic Church, Kaiama. 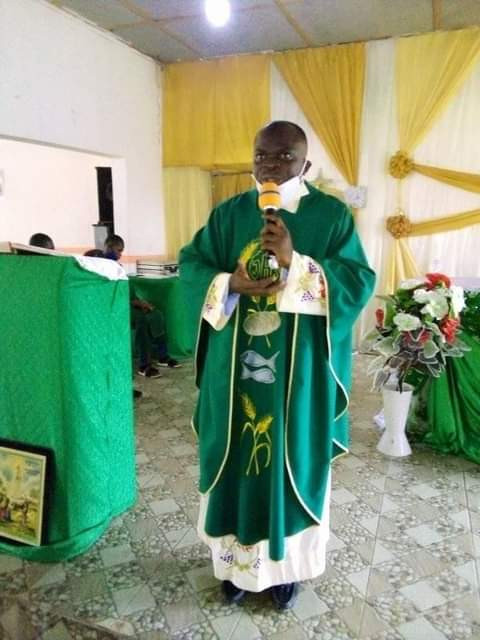 It was gathered that the deceased fell into the water on his way to his residence from a wooden bridge popularly known as “Monkey bridge.

According to reports, a section of the wooden bridge had been submerged by the rising water making walking on the slippery structure a difficult task for users.

A priest who confirmed the incident said,

“This is a sad moment for us, Father was on his way back from Bomadi in Delta State when he met his untimely death. But for the flood, he could have driven his car straight to his residence instead parking same by the road,”

“It was as he was walking on the wooden bridge part of which had been submerged that he slipped and got drowned. Those staying at his residence had to raise alarm when they saw his car by the roadside and he was nowhere to be found. They, however, became suspicious when they saw a bag containing some provision floating on the water not far from the bridge. Divers were contracted and his remains were recovered.”

He added that his remains had been deposited at the morgue of the Federal Medical Centre, Yenagoa.

In a similar incident, two school pupils also drowned along the good news area of Azikoro Town in Yenagoa local government area of the state.

The two dead pupils, primary and nursery levels, were reportedly swept away by the flood on their way home from school.

Meanwhile friends have taken to Facebook to mourn the priest’s death. See posts below.. 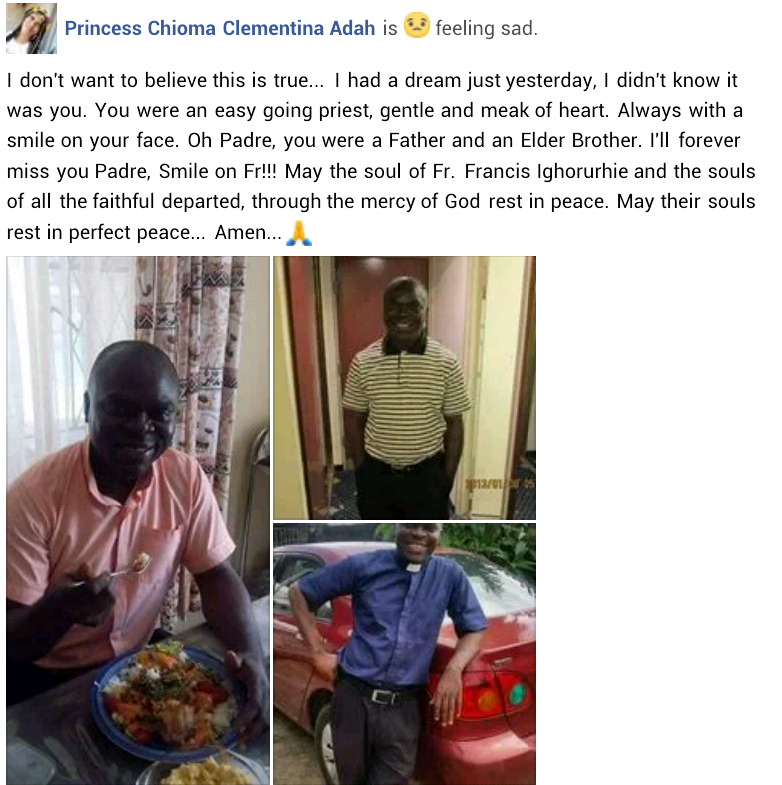 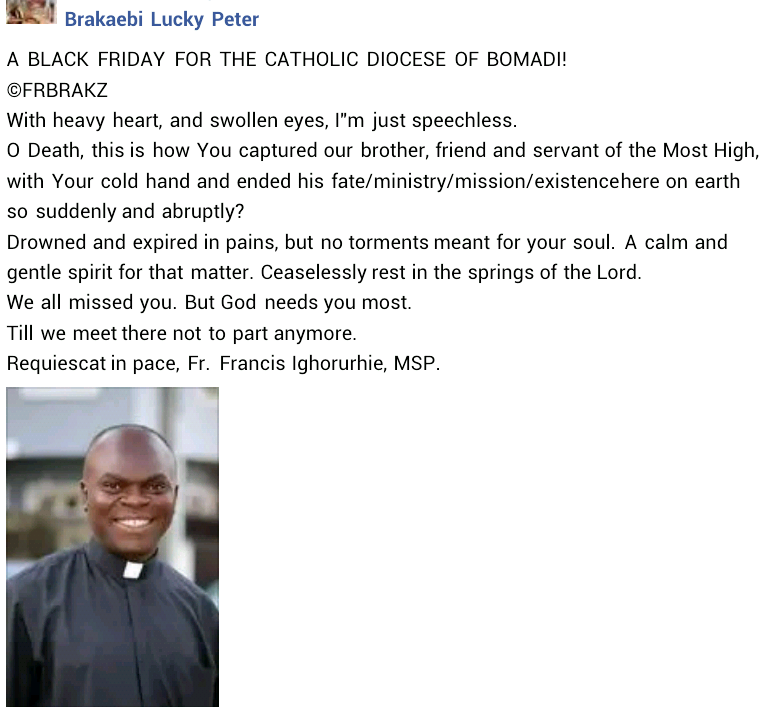 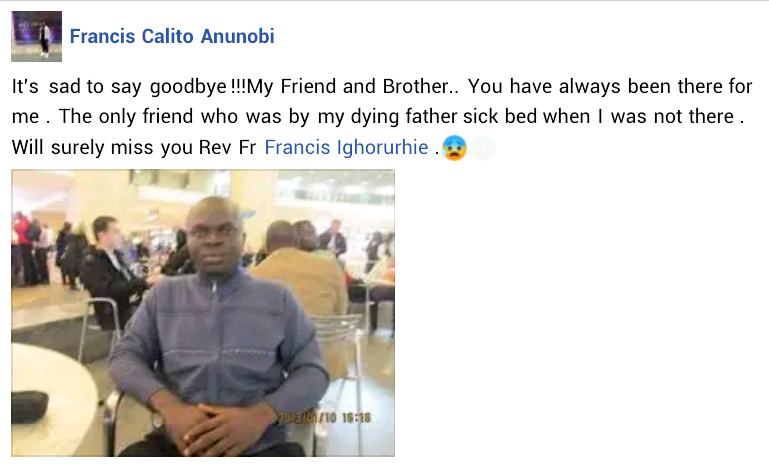 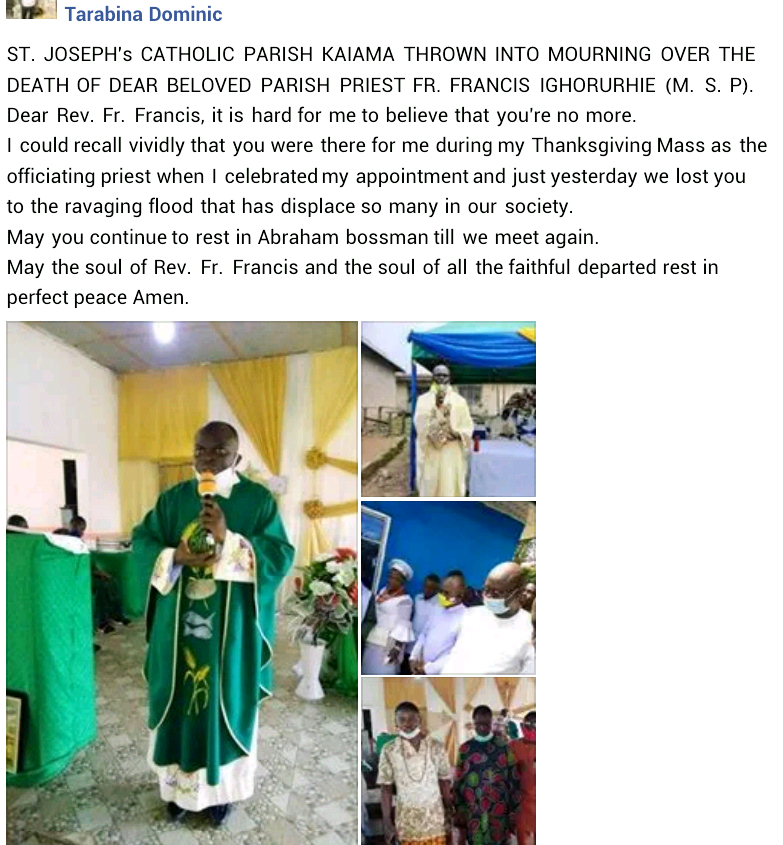 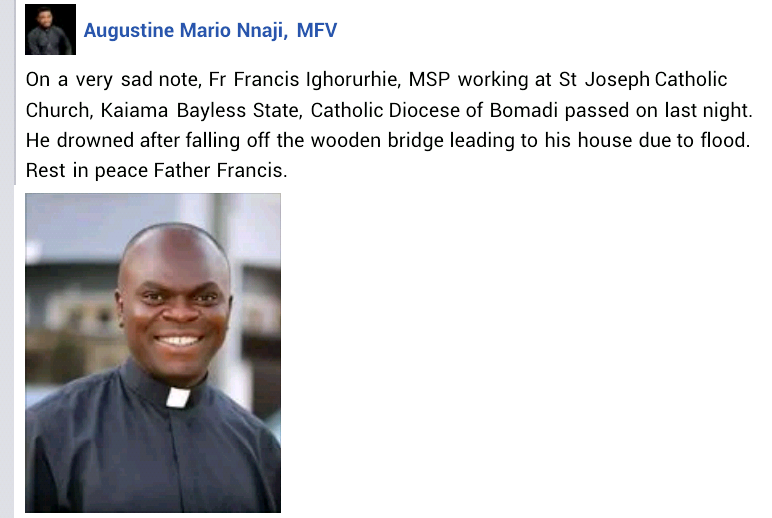 Chadwick Boseman’s widow, Taylor Simone Ledward files to become administrator with limited authority of his estate after the actor died without Will