Ministers have been accused of putting the high street above public health after the business department warned council leaders against enforcing mask-wearing in supermarkets.

Four retailers – Sainsbury’s, Lidl, Morrisons and B&M homeware stores – were issued with warning notices by Barking and Dagenham council in east London after their staff were seen failing to enforce mask-wearing and social distancing by customers.

After the enforcement notices were issued under antisocial behaviour legislation, stores are understood to have complained to the Department for Business, Enterprise and Industrial Strategy (BEIS).

A senior official at BEIS then phoned the council and said it “did not have powers to enforce these guidelines using the government’s Covid-19 emergency powers” and that “the action had caused a negative reaction from the operators”, according to a letter of complaint from the council to Alok Sharma, the business secretary. 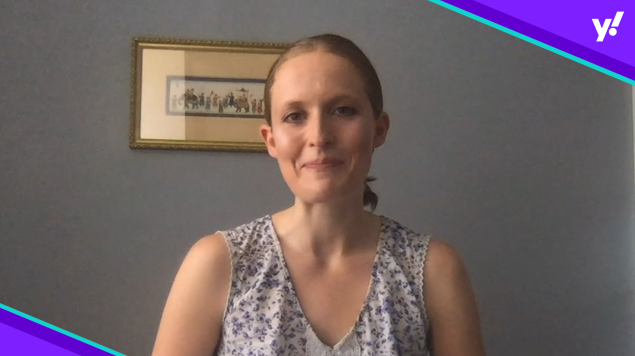 How to wear a face covering comfortably

Face coverings are mandatory for most in shops and on public transport as UK officials work to control the coronavirus outbreak. From 8 August this will be expanded in England to include most enclosed public spaces, like cinemas and places of worship. Anyone with a “legitimate reason” not to wear a covering, like a physical or mental illness that impairs their ability to do so, is exempt from the legislation. For the majority of us, however, coverings will be part of our day-to-day life for the foreseeable future. To make them more comfortable, Allergy UK – which has seen a surge in asthma and hay fever patients calling its helpline – recommends practicing wearing one when at home for a short period of time. You could also experiment with different fabrics or ties to find one that suits you.

The letter claims that the BEIS official, who said she was acting on behalf of Sharma, asked the council “to refrain from taking any further action against Lidl, B&M, Sainsbury’s and Morrisons supermarket operations.”

The wearing of masks in shops was made compulsory in England from 24 July, with fines for non-compliance. But supermarkets said they would not be responsible for enforcing the law, despite calls from police representatives for them to eject shoppers who refuse.

Research last month showed that mask-wearing in particular was causing social fractures. A poll of 10,000 people found that more than half of mask-wearers in Britain (58%) had severely negative attitudes towards those going maskless.

Amid a sharp rise in coronavirus cases across the UK, Boris Johnson said last week that the country had become “blasé” about following restrictions designed to bring the pandemic under control, and a lack of enforcement was partly to blame.

His father, the former MEP Stanley Johnson, has been pictured three times not wearing a mask or with one tucked under his chin in places where face coverings are required – in a London shop, a tube station and a Greek airport.

Seven other establishments in the borough including clubs and bars have been issued with closure notices after council enforcement officers gathered evidence that they were not Covid-compliant.

The council said it was using antisocial behaviour legislation against retailers because the emergency Covid legislation did not give it the powers to take such action.

The letter to Sharma, from the council leader, Darren Rodwell, said: “I am shocked that you appear to be taking the side of business interests over the health of our residents when they are clearly making no effort to comply with the very guidelines you introduced.”

Meanwhile, a Cabinet Office official praised the council’s various anti-Covid initiatives, including the clampdown on the large retailers. An email said they were working with colleagues in the national resilience hub to support communication around enforcement of Covid-19 rules, adding: “I came across a few examples of the great work your council has been doing to crack down on this.”

Rodwell said the council had received complaints from residents about large retailers not enforcing rules on face coverings and social distancing vigorously enough. He praised some supermarkets, including Asda and Aldi, for taking enforcement seriously.

His letter added: “The approach taken by the council, under the 2014 act, is no different to any other premises in which people within a premises are engaged in criminal or antisocial activity, and the premises fails to reduce the occurrence of the problem, or adopts a ‘soft touch’ approach.

“I have heard much said about it not being the role of a store worker to challenge members of the public and I am sympathetic to this. The council wrote similarly to the Asda supermarket in early September, which has resulted in positive steps being taken by Asda both locally and nationally, which we are extremely grateful for.”

He said the council would only expect trained and qualified security staff to be responsible for refusing entry to mask-free customers.

Rodwell told the Guardian: “It is important to put people before profit. A government official contacted us and asked us to back off from this enforcement. There are complaints from supermarkets that we were being too heavy-handed but I believe we were doing the right thing.

A government spokesperson said: “People must wear a face covering by law in shops and supermarkets in England. They can be fined if they do not.

“Shops and supermarkets are required by law to inform customers to wear a face covering, unless they have an exemption, through signs or when they enter the premises. This is enforced by local authorities and businesses risk facing a fine if they fail to do so. If customers refuse, the business can escalate to the police if needed.”

A Sainsbury’s spokesperson said: “Safety is our highest priority. We are following government guidance closely and continue to remind customers to wear face coverings if they are able to. We have regular tannoy announcements, greeters outside our supermarket and posters including those provided by the council.”

BEIS, Lidl, Morrisons and B&M Stores were approached for comment.