PayStack, a Nigerian fintech startup, has been acquired by global fintech giant Stripe, in the biggest M&A deal in Nigerian tech and one of the biggest in Nigerian corporate history. Paystack was founded in 2016 by Ezra Olubi and Shola Akinlade.

This was disclosed in a press release. The statement read in part:

“In order to help grow Africa’s online GDP, Stripe has entered into an agreement to acquire Paystack, a technology company based in Lagos that makes it easy for organizations of all sizes to collect payments from around the world.

“Incredibly, Paystack already processes more than half of all online transactions in Nigeria.
Paystack has ambitious plans to expand across the continent and recently started a pilot with businesses in South Africa.

“Stripe and Paystack have been working closely together for some time. In 2018, Stripe led Paystack’s Series. A financing round and has provided ongoing guidance as the company rapidly scaled.”

Following the announcement, TechCrunch reported that Stripe had raised $600 million to invest and acquire payments companies in developing nations. It disclosed that the Nigerian startup had been on Stripe’s bucket list for a while since 2018 when Stripe led an $8 million funding round for PayStack.

Paystack Co-founder Sola Akinlade told TechCrunch that the company was not up for sale when Stripe initially approached for the acquisition; however, the founders are mission-driven and believed Stripe could accelerate it. Akinlade also disclosed PayStack investors, VISA and Tencent also approached to acquire the company.

“Paystack was not for sale when Stripe approached us.

“For us, it’s about the mission. I’m driven by the mission to accelerate payments on the continent, and I am convinced that Stripe will help us get there faster. It is a very natural move,” Akinlade said.

Nairametrics reported in 2016 when Paystack raised its initial $1.3 Million Seed Funding from both international and homegrown investors.

Founders Ezra Olubi and Shola Akinlade were the toast of the tech space when their company became the first Nigerian tech startup to be accepted into the world-famous Y Combinator program, based in Silicon Valley. They obtained an initial $120,000 seed funding and further technical advice at the program.

What they are saying

Patrick Collison, CEO of Stripe, told TC that the deal with PayStack is an enormous opportunity, as African e-commerce grows by 30% every year, which would give Stripe an early footing in the region.

“This is an enormous opportunity,” he said.

“In absolute numbers, Africa may be smaller right now than other regions, but online commerce will grow about 30% every year. And even with wider global declines, online shoppers are growing twice as fast.

“Stripe thinks on a longer time horizon than others, because we are an infrastructure company. We are thinking of what the world will look like in 2040-2050.”

He added that Stripe is also planning  on understanding the ecosystem and keep its eyes  open so it can see where help is needed, as the company does not tie up its investments into “complicated strategic investments.”

Collison said that many companies depend on Stripe’s infrastructure, but with PayStack, the founders have organic input in running their operations.

Stripe said the announcement of the acquisition was delayed due to the #EndSARS protests across the country.

“A lot of companies have been, let’s say, heavily influenced by Stripe.

“But with Paystack, clearly they’ve put a lot of original thinking into how to do things better. There are some details of Stripe that we consider mistakes, but we can see that Paystack ‘gets it’. It’s clear from the site and from the product sensibilities, and that has nothing to do with them being in Africa or African.”

Shola Akinlade said the payments ecosystem is still broken and PayStack is still in its early days. PayStack provides payments API for companies and takes a cut from every transaction. The company has 60,000 customers so far, from SMEs to large cooperation,s and would continue to run independently.

Techcrunch said the full terms of the deal were not disclosed. However, TC confirmed that it is worth over $200 million, making it the largest tech acquisition in Nigerian corporate history.

According to Crunchbase, PayStack has raised $11.7 million so far 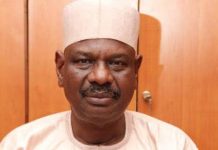 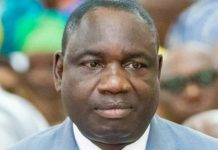 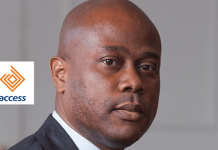