Some social media users who shared the story, said the attack went on for 20 minutes before the security operatives on the train repelled the attack.

My colleagues were met with shock of their lives today as bandits brazenly attacked and opened fire on the Abuja-Kaduna train. They said, the fight went on for 20 minutes. But our brave security apparatus attached to the train did well in repelling them.

May we never suffer such torment. May Allah protect us from us. 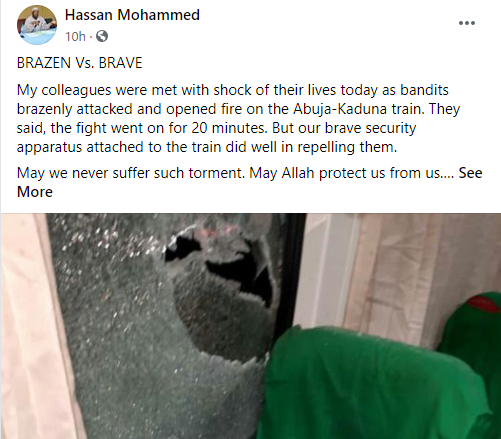