Her Life and Times.

Anne Heche arrives at the 74th annual Directors Guild of America Awards, Saturday, March 12, 2022, at The Beverly Hilton in Beverly Hills, Calif. The Emmy Award-winning actress died following a car crash on Aug. 5 that left her in a coma.

Anne Heche has died of a brain injury and severe burns after speeding and crashing her car into a home in the residential Mar Vista neighborhood last Friday, Aug 5. The building erupted in flames and Heche was dragged out of the vehicle and rushed to the Grossman Burn Center at West Hills Hospital in Los Angeles.

The 53-year-old, Emmy Award-winning actress is best known for her roles in 1990s films like Volcano, the Gus Van Sant remake of Psycho, Donnie Brasco and Six Days, Seven Nights.

Holly Baird, a spokesperson for Heche’s family, sent NPR a statement Friday afternoon saying: “While Anne is legally dead according to California law, her heart is still beating, and she has not been taken off life support.”

Baird added an organ procurement company is working to see if the actress is a match for organ donation, and that determination could be made as early as Saturday or as late as next Tuesday.

Heche launched her career playing a pair of good and evil twins on the long-running daytime soap opera Another World, for which she earned a Daytime Emmy Award in 1991.

In the 2000s, Heche focused on making independent movies and TV series. She acted with Nicole Kidman and Cameron Bright in the drama Birth; with Jessica Lange and Christina Ricci in the film adaptation of Prozac Nation, Elizabeth Wurtzel’s bestselling book about depression; and in the comedy Cedar Rapids alongside John C. Reilly and Ed Helms. She also starred in the ABC drama series Men in Trees.

Heche made guest appearances on TV shows like Nip/Tuck and Ally McBeal and starred in a couple of Broadway productions, garnering a Tony Award nomination for her performance in the remount of the 1932 comedy Twentieth Century.

In 2020, Heche launched a weekly lifestyle podcast, Better Together, with friend and co-host Heather Duffy and appeared on Dancing with the Stars.

Heche became a lesbian icon as a result of her highly-visible relationship with comedian and TV host Ellen DeGeneres in the late 1990s.

Heche and DeGeneres were arguably the most famous openly gay couple in Hollywood at a time when being out was far less acceptable than it is today. Heche later claimed the romance took a toll on her career. “I was in a relationship with Ellen DeGeneres for three-and-a-half years and the stigma attached to that relationship was so bad that I was fired from my multimillion-dollar picture deal and I did not work in a studio picture for 10 years,” Heche said in an episode of Dancing with the Stars.

But the relationship paved the way for broader acceptance of single-sex partnerships.

“With so few role models and representations of lesbians in the late 1990s and early 2000s, Anne Heche’s relationship with Ellen DeGeneres contributed to her celebrity in a significant way and their relationship ultimately validated lesbian love for both straight and queer people,” said the Los Angeles-based New York Times columnist Trish Bendix.

Bendix said that while Heche was later in relationships with men — she married Coleman Laffoon in the early 2000s and they had a son together, and was more recently in a relationship with Canadian actor James Tupper with whom she also had a son — “her influence on lesbian and bisexual visibility can’t and shouldn’t be erased.”

In 2000, Fresh Air host Terry Gross interviewed Heche in advance of her directorial debut on the final episode of If These Walls Could Talk 2, a series of three HBO television films exploring the lives of lesbian couples starring DeGeneres and Sharon Stone. In the interview, Heche said she wished she had been more sensitive about other people’s coming out experiences when she and DeGeneres went public with their relationship.

Heche was born in Aurora, Ohio in 1969, the youngest of five siblings. She was raised in a Christian fundamentalist household.

She had a challenging childhood. The family moved around a lot. She said she believed her father, Donald, was a closeted gay man; he died in 1983 of HIV.

“He just couldn’t seem to settle down into a normal job, which, of course, we found out later, and as I understand it now, was because he had another life,” Heche told Gross on Fresh Air. “He wanted to be with men.”

A few months after her father died, Heche’s brother Nathan was killed in a car crash at the age of 18.

In her 2001 Memoir Call Me Crazy, and in subsequent interviews, Heche said her father abused her sexually as a child, triggering mental health issues which the actress said she carried with her for decades as an adult.

In an interview with the actress for Larry King Live, host Larry King called Heche’s book, “one of the most honest, outspoken, extraordinary autobiographies ever written by anyone in show business.”

“I am left with a deep, wordless sadness,” wrote Heche’s son with Lafoon, Homer, in a statement shared with NPR via Baird. “Hopefully my mom is free from pain and beginning to explore what I like to imagine as her eternal freedom.”

The demise of Anne Heche: a troubled actress’ life in photos

The difficult life of Anne Heche

A childhood tarnished by poverty

Tragic deaths of her father and brother

‘Another World’ – success in soap

Her relationship with Ellen DeGeneres

‘Blacklisted in Hollywood for being with a woman’ 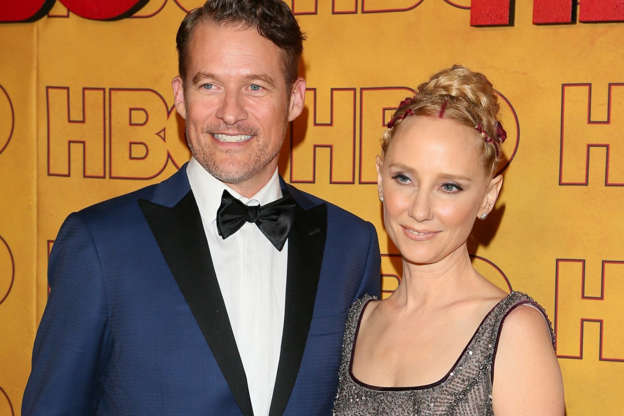 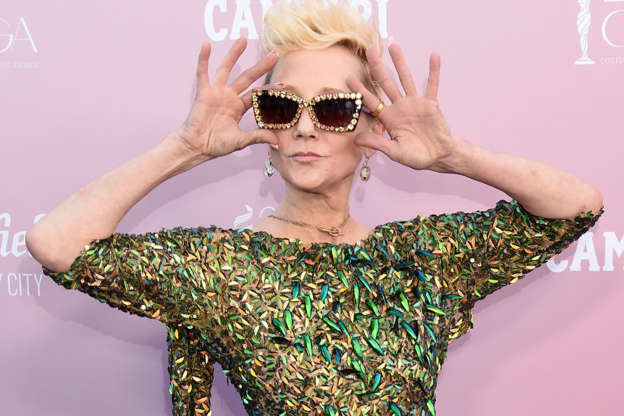 “I would meet a spaceship” 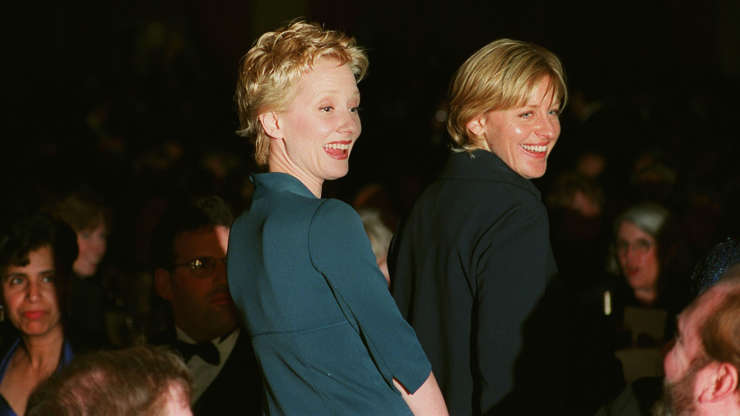 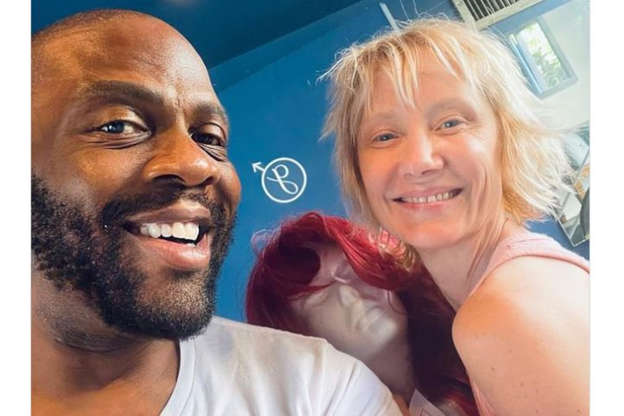 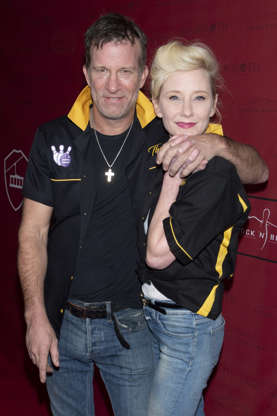 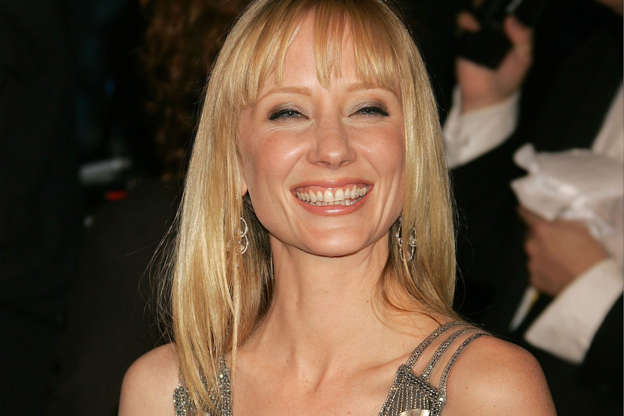 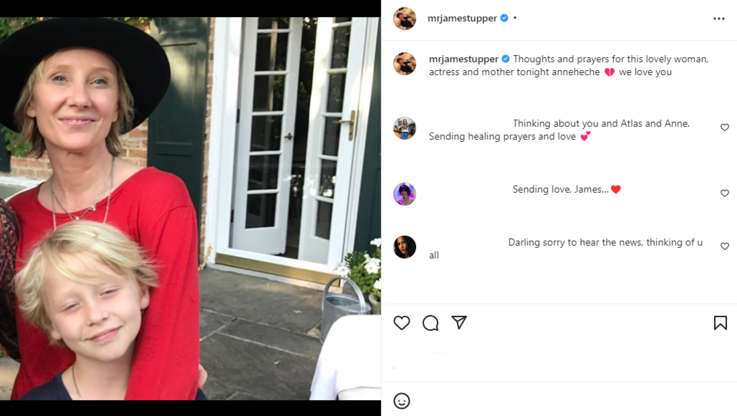