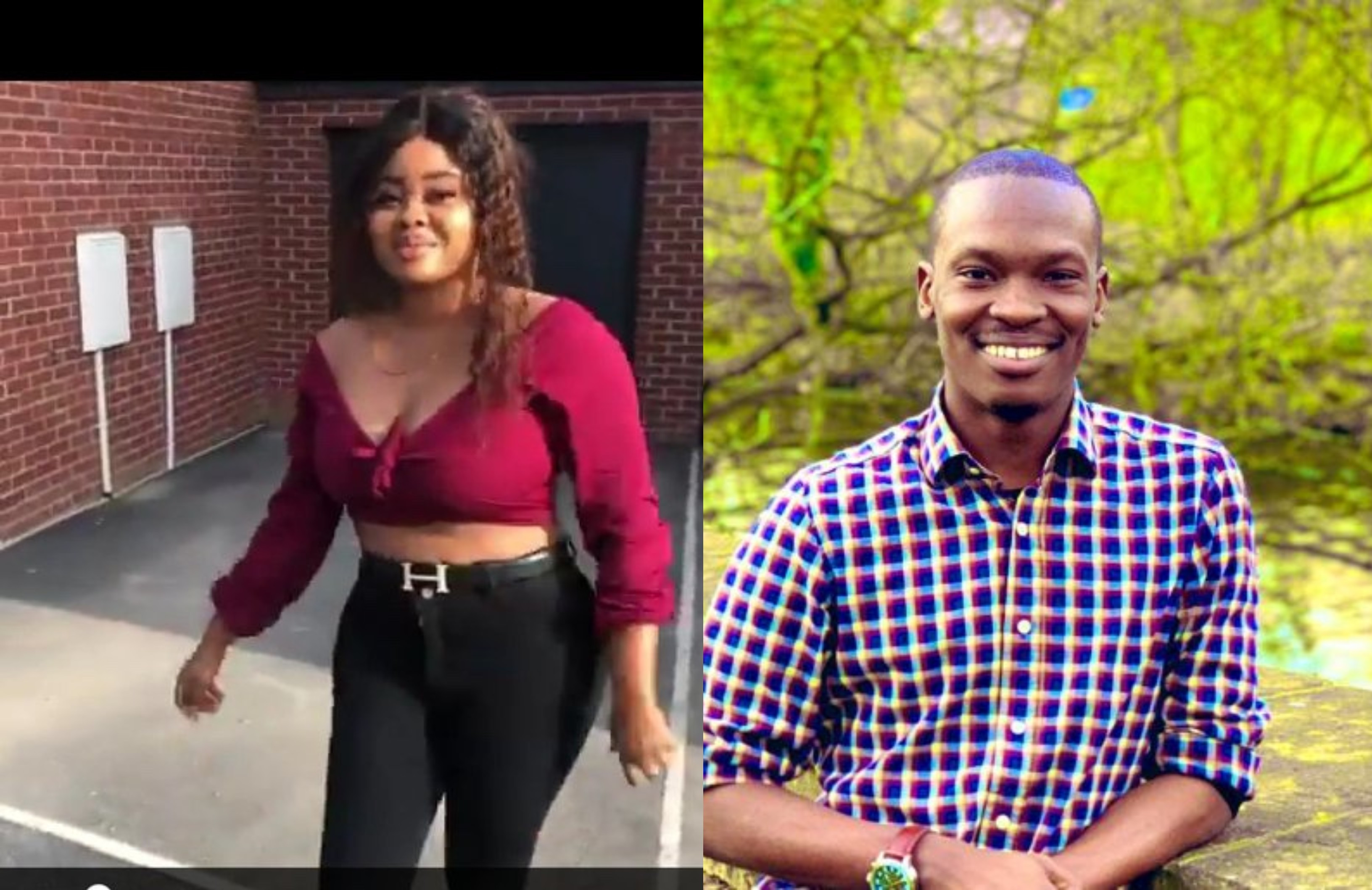 Popular Twitter Influencer, Dr Olufunmilayo’s lawyers have written a strong-worded letter to his former friend Bolanle Aseyan, over the sexual abuse allegation she leveled against him a few days ago.

Bolanle, who is a doctor in Nigeria, recently took to social media to accuse Olufunmilayo of sexually abusing her while she visited him in his home in the UK. In a Twitter thread, Bolanle said she has proof of all he allegedly did to her.

Dr Olufunmilayo has taken the legal route. This morning, July 3, he shared copies of the letter his lawyer wrote to Bolalnle. He denied the allegation, claiming he and Bolanle had consensual sex when she came to visit him. He is demanding an apology and also €10,000 in damages.

According to Olufunmilayo, his legal team has sent the document to Bolanle since yesterday Thursday, July 2 but she hasn’t acknowledged it.

This letter has been sent to your email since yesterday. As there has been no acknowledgement from you so far, incase it went to spam, I would be posting it here to be sure you definitely see it. Happy weekend. God bless.” he wrote 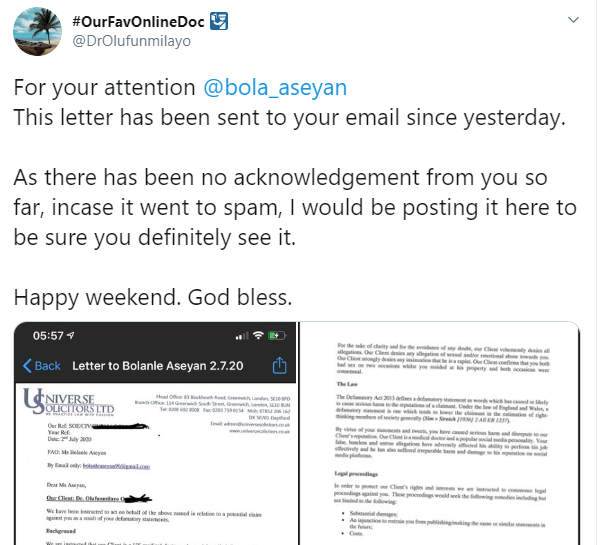 See the court papers below. 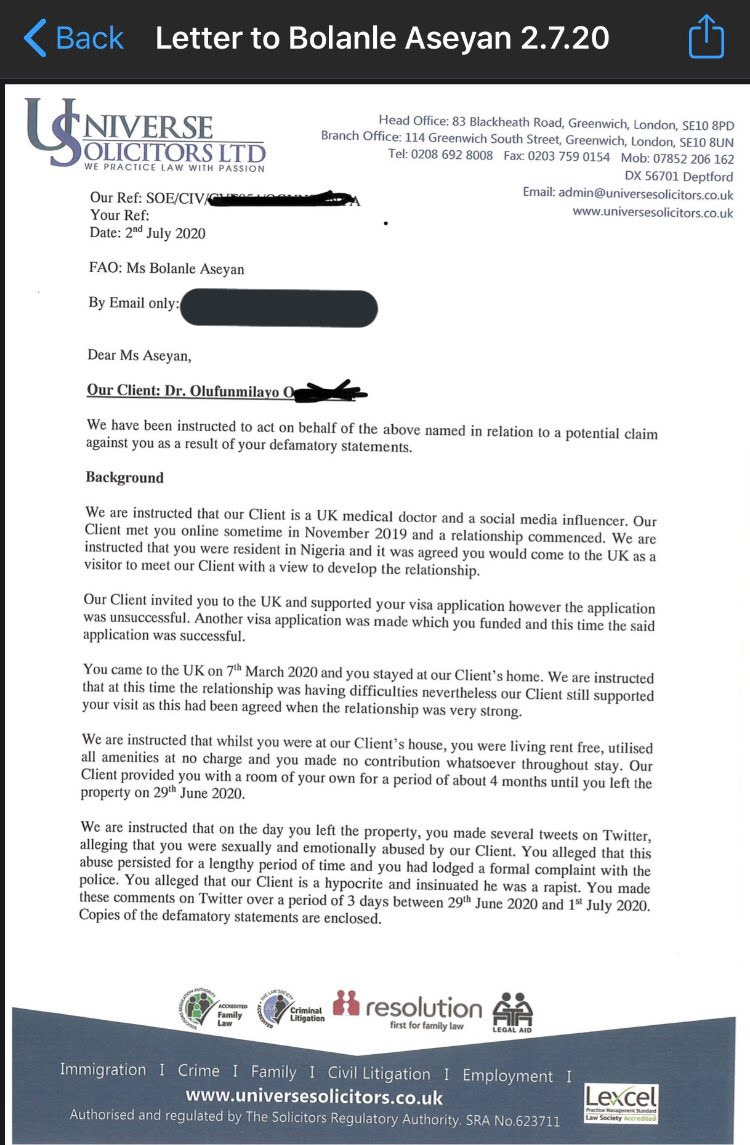 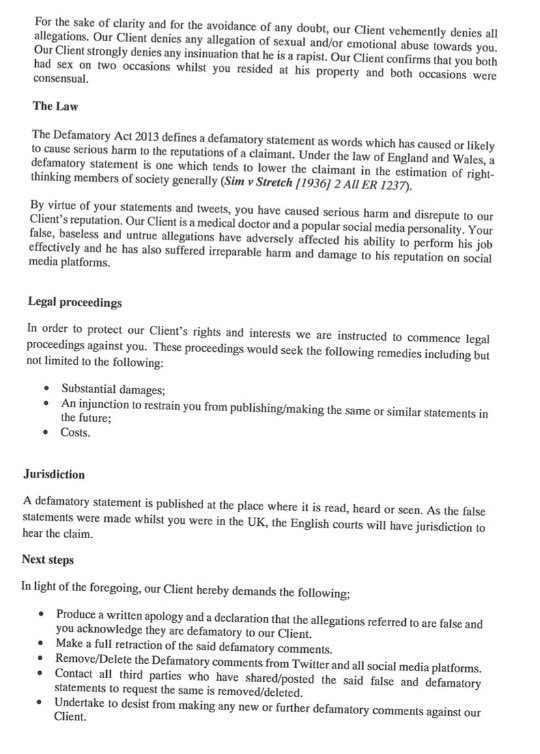 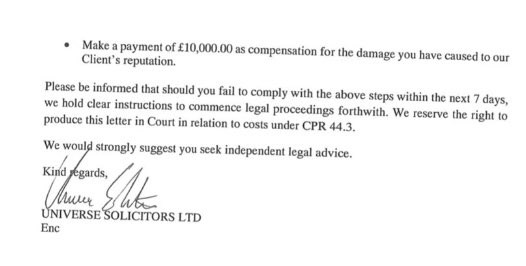 Kim Kardashian Is Not A Billionaire as Forbes refutes claim!

I miss your killer figure, but I love your personality – Vera Sidika’s husband…