PEUGEOT Evolution!!!!! AN INCREDIBLE STORY OVER 200 YEARS IN THE MAKING…

PEUGEOT has an incredible story, one of the longest and most interesting in the automotive industry.

PEUGEOT began life as an industrial manufacturer way back in 1810 – a steel foundry producing products such as band saws, umbrella frames and coffee grinders.

The first car to carry the PEUGEOT name was unveiled in 1889, making PEUGEOT the world’s second oldest car manufacturer and the oldest continuous car brand.

Since 1850, PEUGEOT has been represented by the Lion symbol. Originally appearing on the company’s saw blades, the Lion symbolised the toughness of the saw’s teeth, the flexibility of blade like the lion’s spine, the strength of the steel and the speed of the cut, like a bounding lion.

PEUGEOT’s history spans over 200 years, beginning in a town in France – Sochaux, where the PEUGEOT family began embarking on a number of innovative creations. Their innovative nature would then lead them on to create one of the world’s most established automotive brands. Today, PEUGEOT has offices and manufacturing plants all over the world.

Discover the fascinating history of PEUGEOT with our timeline below, from the unveiling of our very first motor vehicle, right up to the launch of our ground-breaking concept vehicles. Take a look at PEUGEOT’s heritage and find out where it all began….

The beginning of 200 years of innovation

Jean-Pierre PEUGEOT, born in 1734, is known as the father and founder of PEUGEOT. Over the course of his life, he made many forays into industry, firstly with a weaving business, a dye works, an oil mill and a grain mill.

In 1810, Jean-Pierre’s two sons, Jean-Pierre II and Jean-Frédéric, founded PEUGEOT Frères. They transformed their father’s old grain mill into a steel foundry and turned their engineering skills to a wide range of steel products, making everything from coffee grinders and springs to saws, umbrella frames and bicycles.

The lion symbol first appeared in 1847 when the PEUGEOT family were producing steel products. The lion image was used to represent the strength and sharpness of the products – symbolised through the lion’s jagged and sharp teeth. In 1858, the logo was registered as the PEUGEOT trademark. From 1948 the iconic logo began appearing on the bonnet of PEUGEOT cars, the same year the 203 model was introduced to the public.

Throughout the years the lion logo has evolved. In 1998 the lion symbol had an addition of paws in order to show the power and corporate balance of the company; previously just the logo was a lion’s head. In addition, the blue background colour was introduced to the company branding to symbolise the forward thinking nature of the company.

Armand PEUGEOT, grandson of Jean-Pierre, who was fascinated by anything mechanical, led the company in its quest to produce its first motorised vehicle. In 1889, as a result of a collaboration with steam specialist Léon Serpollet, he succeeded. The vehicle was the Serpollet-PEUGEOT – a steam-powered three-wheeler.

By the following year, Armand had abandoned steam in favour of petrol and had built PEUGEOT’s first four-wheeled, petrol-driven vehicle – the Type 2 quadricycle with a Daimler engine.

Building partnerships with other industry specialists is something PEUGEOT has continued to do over the years, leading to collaborations with the likes of Ford and BMW, and the development of some unique engines.

In 1929 PEUGEOT unveiled its first mass-produced car – the 201. This was the first PEUGEOT to use the now-iconic numbering system of three digits with a zero in the middle, and marked PEUGEOT’s passage from small-scale business to mass producer. The PSA Groupe are now one of the top ten largest automotive manufacturers in the world based on unit sales.

Launch of a Peugeot scooter

Ever since the creation of the first PEUGEOT bicycle, the Grand Bi penny-farthing in 1882, PEUGEOT have continued to develop bikes with style and versatility throughout the years. In 1953, the two-wheeled theme was developed further with the creation of PEUGEOT’s first scooter, the S55.

PEUGEOT Scooters is the oldest manufacturer of motorised two-wheeled vehicles in the world and is still going strong today.

An icon is born

PEUGEOT’s interest in mass-market coupés and cabriolets was sparked in 1934 by the success of the Eclipse 401 and 601. Both of these models featured a retractable metal roof designed by automobile designer and hero of the French resistance, Georges Paulin.

But it was in 1962 that the PEUGEOT coupe-cabriolet tradition really took off, with the launch of the beautiful 404 Cabriolet, designed by Pininfarina.

This 60s icon still remains a collector’s favourite and was a worthy forerunner to some of PEUGEOT’s more recent stylish coupés, such as the 308 CC and the stunning RCZ.

PEUGEOT acquired a 38.2 % share of Citroen in 1974, this then increased to 89.95% in 1976 which then created the group PSA PEUGEOT Citroen – PEUGEOT Société Anonyme. In 2009, Citroen first created DS which was seen as a premium sub brand. DS was abbreviated from Different Spirit or Distinctive Series that would run alongside its mainstream cars. The name is also a play on words, as in French it is pronounced like the word déesse, meaning goddess.

Since 2015 (and since 2012 in China), the Citroen branding was dropped from the DS line models and DS has continued as a standalone brand.

In 2016, PSA PEUGEOT Citroen was rebranded and became known as PSA Groupe.

In 1977, PEUGEOT won its tenth Tour de France with Bernard Thévenet in the saddle. This record number of victories remains unbeaten to this day. Thévenet’s ride confirmed PEUGEOT’s place in the cycling hall of fame, which was reserved in 1904 by Louis Trousselier with his first legendary Tour de France win for PEUGEOT.

In honour of the beautiful racing bikes resulting from these pioneering days, PEUGEOT Bikes launched its Legend range in 2011 which features modernised versions of the winning Tour de France bikes.

PEUGEOT still puts bicycles at the heart of its plans for environmentally-friendly travel, and while bikes such as the electrically-assisted E-bike and the new, urban Allure may take inspiration from the past, they most definitely represent the future.

Another record-breaker is born

Over 5 million PEUGEOT 205s were built before being superseded in 1998 by the PEUGEOT 206, which broke this record with over 6.5 million models built.

Then the PEUGEOT 207, launched in 2006, went on to become the most sold car in Europe. This was followed by the 208, which launched in 2012 and is currently one of PEUGEOT’s best-selling models.

The fight for the environment

By 1999, the world had realised the extent of the environmental problems facing us and that the car industry needed to be making huge step changes. It was more important than ever before to think innovatively and harness all the industry’s technical know-how in an effort to reduce CO2 produced by the world’s cars.

PEUGEOT entered this arena with a world first – the 607 equipped with an HDi engine with a Diesel Particulate Filter (know as FAP in France). The FAP automatically removes 99.9% of soot particles emitted by diesel engines and was rolled out to a large number of PEUGEOT HDi engines in the late nineties/early noughties.

Also in 1999, PEUGEOT launched its ‘Carbon Sink’ operation in Brazil, in collaboration with the ONF (French National Forestry Service). The aim of this operation was to combat the greenhouse effect with tree planting on a huge scale in ‘the lungs of the world’. The project is a major success with 2 million trees replanted and approximately 111,000 net tonnes of CO2 sequestered.

In 2009, PEUGEOT made motorsport history, coming in in both first and second places in the tough endurance race, Le Mans 24-hour, with the 908 HDi FAP. And in November 2011, the 908 HDi FAP chalked up another victorious double at the ILMC Endurance Championship in Zhuhai, China.

PEUGEOTSport continues to make history in the world of motorsport, but is also committed to other areas of sporting achievement.

This includes sponsoring the French Open for 14 years, being official partner of the Lancôme Trophy until 2003, and even launching its own golf tournament, the PEUGEOT RCZ Cup.

More recently, PEUGEOT Sport engineers have worked closely with PEUGEOT to build no less than three production cars – the RCZ R (now retired), the 208 GTi by PEUGEOT Sport and the 308 GTi 270 by PEUGEOT Sport, all of which combine the usual PEUGEOT flair with enhanced sports styling and PEUGEOT Sport performance.

In 2010, to mark the bicentenary of the PEUGEOT brand, the emblematic PEUGEOT lion changed to reflect a new era. PEUGEOT’s designers created a simpler, more dynamic logo with a new stance and a new sense of movement.

PEUGEOT also celebrated with several futuristic launches. First, there was the unveiling of the fully electric concept car, the EX1, which is already set to break several world records for acceleration from standstill. Then came the top-of-the-range RCZ coupé, heralded as a design icon thanks to its unusual ‘double bubble’ roof. And finally, the 100% electric car, the PEUGEOT iOn, arrived on the city scene.

Among all the automotive companies still in production, PEUGEOT is one of the few where the founders’ descendants are still shareholders and hold managerial positions.

The dynamism and innovative spirit sparked by the PEUGEOT family still remains throughout the company two centuries on. Although synonymous with being a car manufacturer, PEUGEOT still produce a range of non-automotive products including saws/chisels, grinders and salt and pepper mills.

Yet PEUGEOT continues to be at the forefront of state-of-the-art design and ground-breaking automotive technology that has led the brand to be an iconic, world-recognised car manufacturer. PEUGEOT continue to innovate, offering the latest innovations and technology such as PEUGEOT i-Cockpit®, Park Assist, Grip Control® and CarPlay®.

With new concepts and plans for the 21st Century, PEUGEOT are set to continue their adventure. 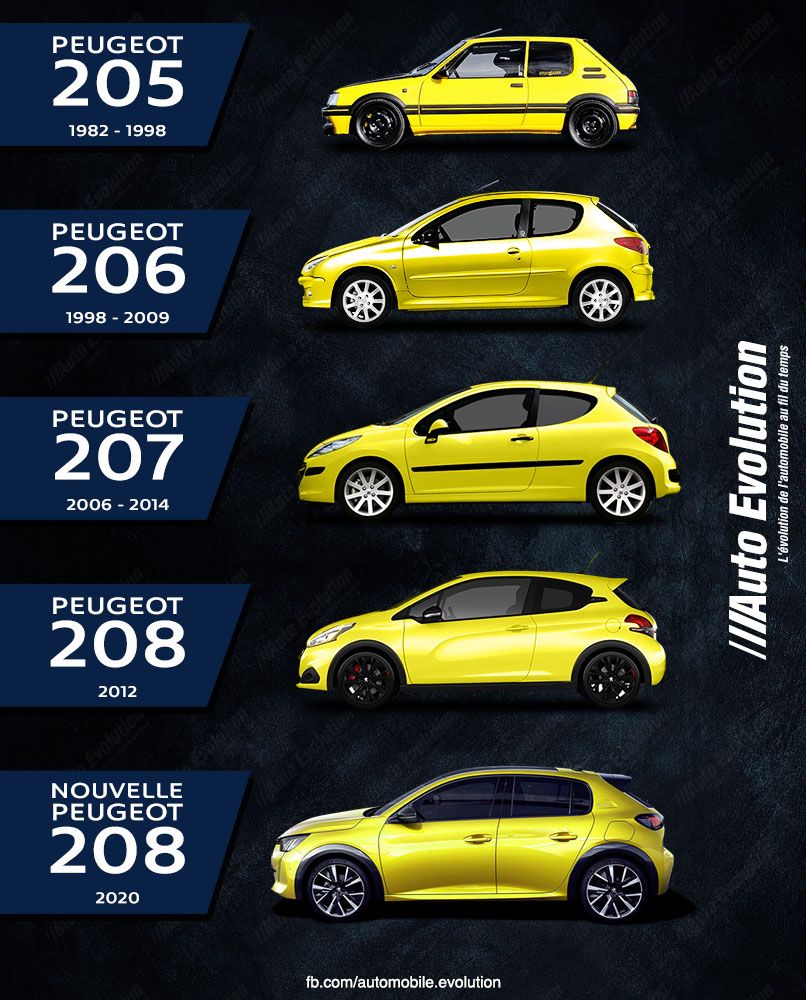 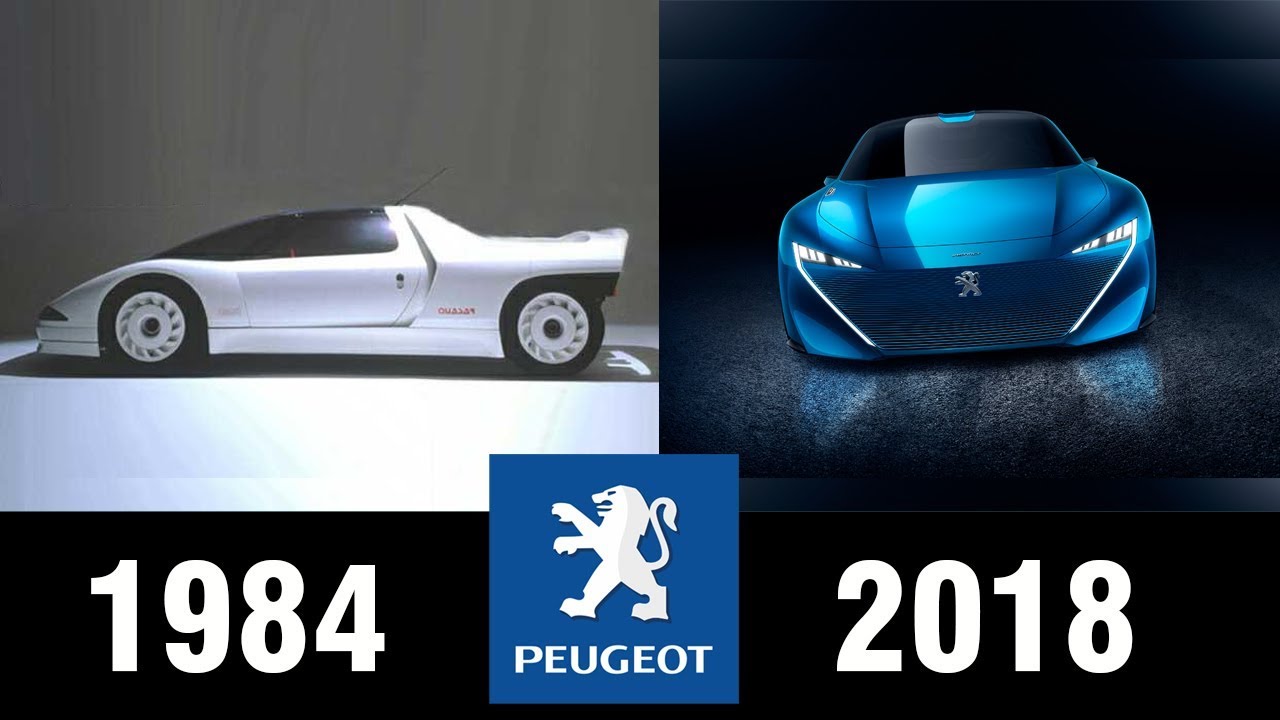 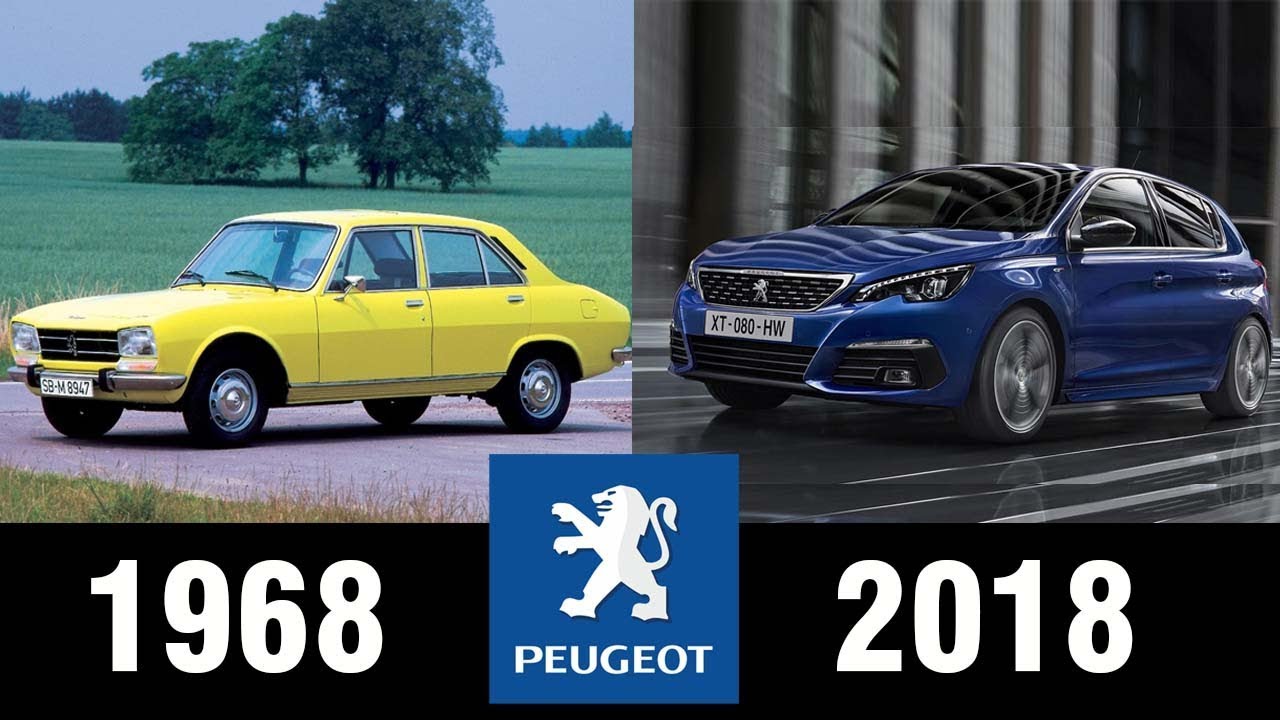 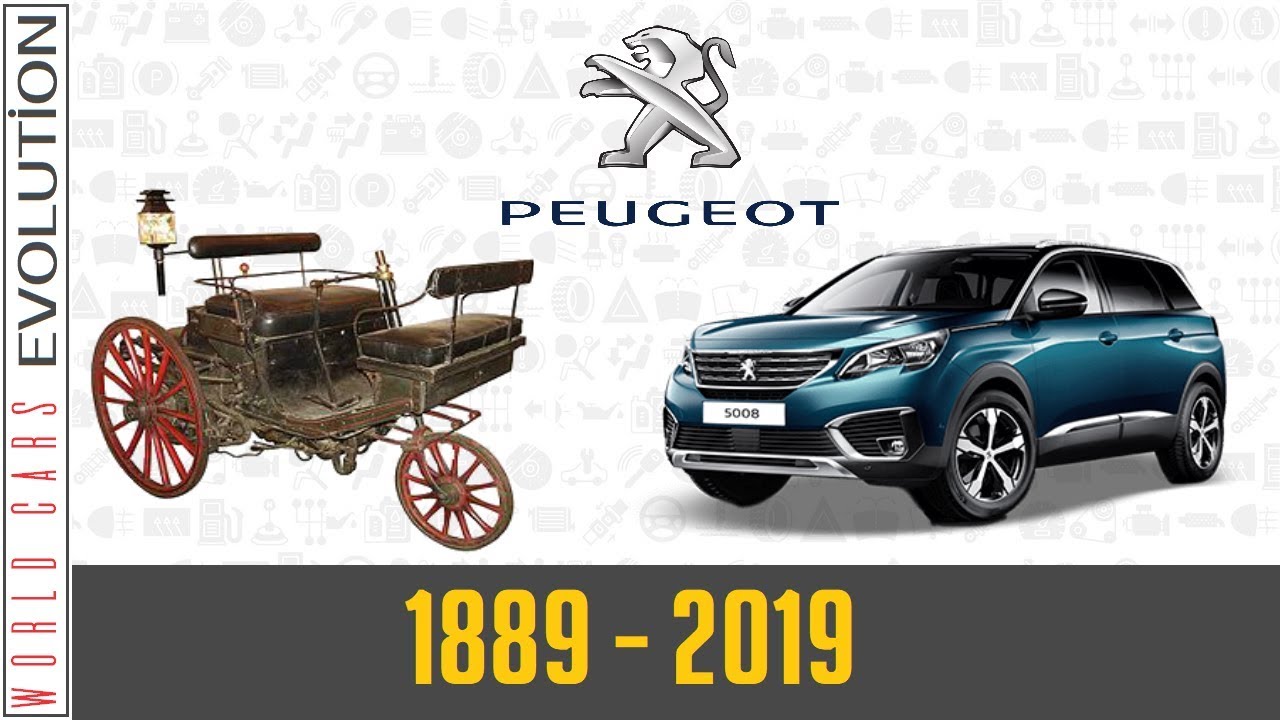 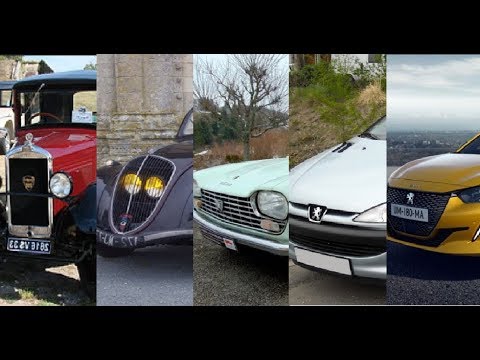 Effizzie Magazine August Edition 2020 is Out!!!

3G networks will disappear this year — and that’s bad news for your car.…