Bartomeu remains sure Lionel Messi will stay at Barcelona. 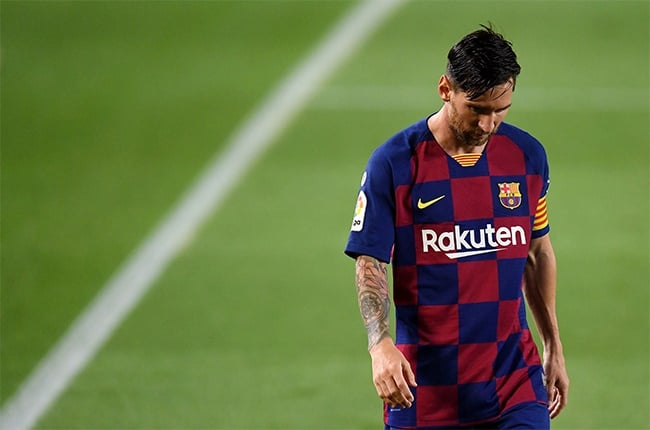 Barcelona president Josep Maria Bartomeu repeated on Sunday that he had “no doubt” that Lionel Messi would sign a new contract adding that he can only see Neymar returning in a player exchange.

“Messi has said many times that he wants to retire here and I have no doubt that he will re-sign,” said Bartomeu in an interview published by Barcelona’s sports newspaper Mundo Deportivo.

Messi’s contract expires in June of 2021 and local radio station Cadena Ser reported at the start of July that the Argentine had broken off talks with the club.

Messi has had regular disagreements with the club’s board.

He reacted publicly when sporting director Eric Abidal appeared to blame the players for the sacking of coach Ernesto Valverde in January.

He also led the fightback from the Barcelona players over a dispute with the board in March regarding pay cuts during the coronavirus pandemic.

Barcelona collapsed after La Liga resumed to drop to second as Real Madrid took the title and the 33-year-old Messi was one of those criticised.

In discussing plans for next season and financial constraints on the club, Bartomeu addressed another long-running issue: the possibility that Neymar would return from Paris Saint-Germain.

“Now we are making decisions and the players, if they do not come as part of a player exchange players, it is very difficult for them to come,” Bartomeu said.

Bartomeu said another priority was persuading German goalkeeper Marc-Andre ter Stegen, whose contract expires in 2022, to sign a new deal “not only for his quality as a goalkeeper but for his personality”.

“He’s a pillar of the dressing room and of the future,” said Bartomeu. “At 28 he’s one of the three best in the world.”

Messi is unstoppable – Klopp
He said he was less concerned about Uruguayan Luis Suarez, who is a free agent next year because “depending on the number of games he plays, the contract automatically renews for the 2021-22 season”.

Bartomeu also said talks with Inter Milan over Argentinian striker Lautaro Martinez were “at a standstill”.

How i contracted COVID-19 from eating with people and not observing social distancing –Owode, Osun agency boss.